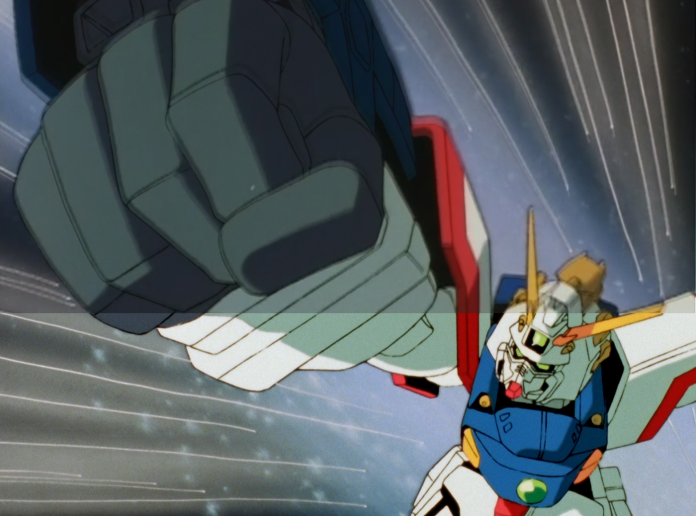 Home video is a way of life for many fans in the anime community, and with it comes many purchasing questions. To buy a show immediately or buy a budget set later can turn into one of the biggest problems anime consumers face. Should a fan preorder the limited edition box set right away, or wait for it to be on sale (if it’s still around?). Would it be wise to get something brand new or an old classic? But none of these dilemmas are as common as the double-dip (which is when an anime fan purchases a series, only for that series to be rereleased with possibly new features or crisper resolution). Repurchasing anime one already owns can be a difficult decision, so I decided to dive into the subject to help ease our readers’ minds on what to do when this issue arises.

Many anime diehards buy anime as an impulse because it was the only option outside of what could be seen on Toonami. Before streaming was the norm, if you wanted to see most shows, home video was the way to go. Even some Toonami classics like Yu Yu Hakusho didn’t complete their run on the block. Many of my colleagues lamented how shifting the airing of that series was a nightmare and made completing the show challenging. If you wanted to see the final story arc, it was a home video exclusive, which would mean that purchasing Yu Yu Hakusho was the best option to consume the classic. While streaming has made this much less necessary, purchasing home video releases is still a significant part of the community at this point. However, shows get rereleased with some bonus footage, remastered, or a new English dub. But the choice of repurchasing a product versus something new can be quite the conundrum, and it can lead many to wonder if buying the new release is worth it.

For example, as you can see above, the Yu Yu Hakusho Blu-ray remaster is night and day compared to the previous DVD release. It can be a worthy repurchase option (if you like to have a more crisp viewing experience). I stuck with my DVD sets purchased in 2007 for a long time, only personally taking that Blu-ray plunge in late 2019. Upon seeing the remastered footage, I was floored with its additional detail compared to my older sets. It went from looking like something from the 90s to almost something brand new, from a slightly fuzzy picture to looking at an animation cell almost. I’m still not used to how crisp the series is when I watch it now. I have no regrets, but deciding between something new and something old yet also different is difficult. I’ve been blessed with amazing remastered content such as the above, but it isn’t just Yu Yu Hakusho that made me question whether I wanted to double-dip and buy again. Many Toonami favorites have been rereleased, leading me to restock with a new release, like G Gundam. It surprised me when I found out the narrator in the series had green hair all along! So it comes to a preference on what qualifies as something worth buying again. Are you a fan of better quality? Does a brand new English dub sound interesting (series like Haikyu!! and SNAFU come to mind)? It all depends on what matters to you when it comes to a new release!

Unfortunately, not every rerelease is worth purchasing (cause if they were, what would be this piece’s point). Sometimes the difference is difficult to tell at all, or it could be blatantly obvious (as it could be missing things or give off a terrible tint). Sometimes it’ll be missing an older dub you’re fond of, such as is the case for me with the modern Blu-ray release of Vampire Hunter D. At the same time, the picture quality looks way better than my older release. I have no doubt the fantastic people at Sentai Filmworks created a qualitatively better dub than the old Streamline Pictures dub; it’s what I’m used to seeing. This is a personal issue, and if you’re not someone who grew up with the older dub; this would be a non-issue, this shows how unique and individualized the decision to repurchase media can be. But there can be other qualitative concerns, such as Dragon Ball Z’s release’s spotty situation.

The home video releases for one of the most treasured anime series of all time is a complicated mess. Unless you’re seriously devoted, you’ll be mired with varying remasters, most of which crop the 4×3 picture to present it in 16×9. If you collected the series in its initial set releases, you never got a complete release. The following ‘season sets’ (or ‘orange bricks’ as the Dragon Ball community derides them as) had several quality issues – in addition to, as mentioned earlier, having the picture cropped from 4×3 to 16×9, the image was washed out to be extra bright. The holy grail of releases is the Dragon Box sets, but those were a limited release that now goes for a king’s ransom on the secondhand market. The currently released Blu-ray sets are better on the picture brightness issue than the older DVD season sets but still crops to 16×9. If you’ve collected the series at all, trying to find the best choice is a toss-up between affordability and quality, and you’ve almost assuredly ended up repurchasing at least some of it given the myriad of rereleases its had.

Personally speaking, double-dipping has bitten me the hardest from repurchasing Slayers. I originally bought the Central Park Media DVD releases in the early 2000s.Still knowing those discs used VHS captured footage, I was excited to purchase the FUNimation rerelease stated to be using remastered footage. Once I got this release, I found the difference to be challenging to tell apart. I was massively disappointed that there was barely a difference, though to be fair, it was a DVD to DVD repurchase, so making a format upgrade purchase may yield better results.

Of course, even going to a higher definition format isn’t necessarily always worth it. From what I’ve been told and from witnessing the remaster on HiDive, the Big O Blu-ray sets don’t look much better than the older Bandai DVDs, and additionally, someone changed the openings. Thanks to the internet and social media, finding out the differences or quality changes in rereleases has become an even more helpful tool than ever. Instead of forum posts or word of mouth, fans’ immediate responses have become such a powerful tool when discussing buying home media releases.

Though not all repurchases are worth it, they often are, though this still leaves us with priority choices. I’ve been eyeballing the Outlaw Star remastered set since it was released some time ago. I have older DVDs from around 2002 for Outlaw Star, and they do look nice, but having seen the remastered footage on Toonami, I already know how much better it looks! But there are always choices to make, and it’s sat in the back seat for years. Priorities can be complicated for all of us based on how much we love a show being the most apparent factor, but even for something well-loved, the desire to repurchase can vary. Comparing the value of a remaster to something completely new is something we all do, and it’s incredibly individualized. For my example of Outlaw Star, as much as I love the series, it just hasn’t overcome the desire for something new yet.

Additionally, streaming services like FUNimationNow and Crunchyroll often carry the most recent remaster of a series. If viewing the show in a better state is the goal, then the need to repurchase a series goes down. Of course, sometimes it’s just a matter of no need – I also still have Samurai Seven on DVD, but they look so lovely I haven’t had a burning desire for the Blu-ray equivalent, and I’m sure everyone has a show like that for them.

Other times the rerelease adds something extra, even if the quality increase isn’t drastic. In these situations, I’d say Discotek Media is the king. I’ve now purchased parts of Bobobo Bo Bo Bobo three times, and each time it’s been in Standard Definition (though the Discotek set is a Blu-ray, that is in Standard Definition). Still, it looks better than the older products, and it includes an actual subtitled track as an option making it worth the repurchase. Of course, that’s the entirety of the point of the people at Discotek, rescuing often abandoned releases and going to the ends of the earth to make their releases complete. Cyborg 009 comes to mind specifically where they went to find the dubs for the Gods War OVA finale that had been entirely lost, and they found it! They even went to the extreme of getting multiple source tapes since much had been damaged. That release was a no brainer repurchase since the previous Sony Video release only contained eight episodes. There was no need for them to go the extra mile, but they did. I became rather fond of them for bringing back things I’d only had on VHS, such as the Galaxy Express 999 films. In terms of repurchase options, one can not go wrong with Discotek Media.

Ultimately, there are no right or wrong choices for these; there’s just a lot to consider. Price for the remaster, competing for new releases at its price point, the remaster quality, or if it’s a format change (VHS, DVD, Blu-ray). We all get to juggle with all of these things when deciding if a double-dip is deserved. Remasters are fantastic, but choosing to buy one or not is difficult given the varying remaster qualities and opportunity costs inherent in choosing it over something new and shiny. Whether one goes for a remaster or not it’s great to see old shows get modern love, even if one doesn’t take the plunge. Seeing Outlaw Star run again with remastered footage on Toonami, making it something that got talked about, was excellent, even if I’ve still yet to buy it (though I will eventually). It certainly can sting to ‘have’ to repurchase something, but ultimately we as anime fans do it for the better version of the shows we love.