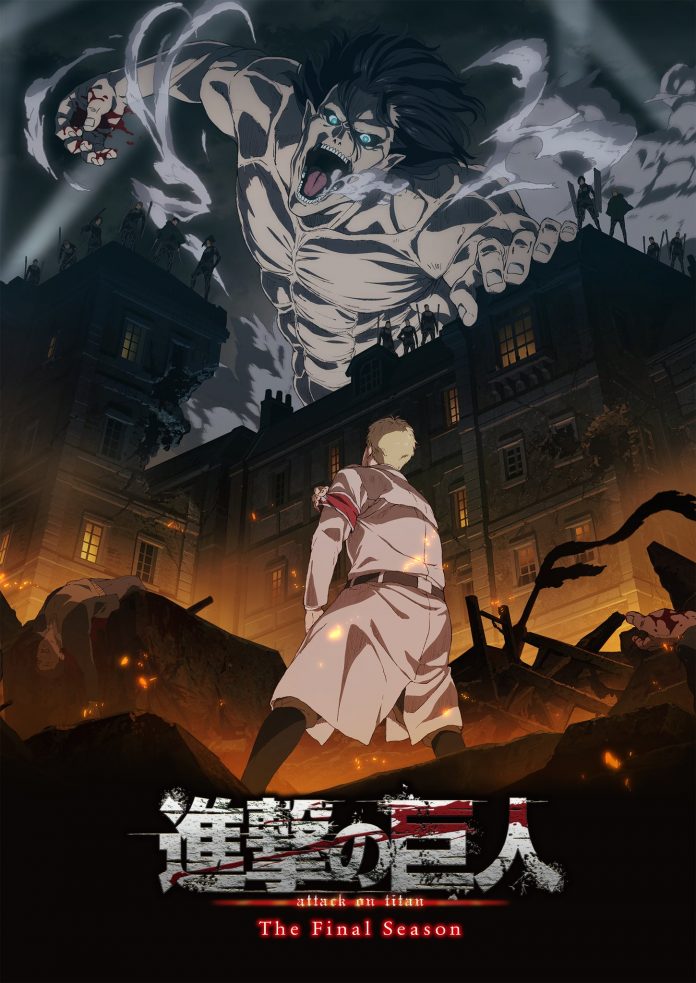 The long-awaited finale of one of anime’s most impactful series of the past decade, Attack on Titan, received a brand new, hype-inducing promo video today.

Interestingly enough, it seems that production on the series has shifted studios. Taking the reins from Wit Studio (Seraph of the End, Kabaneri of the Iron Fortress) is MAPPA (Dorohedoro, Ushio & Tora, YURI!! On Ice). With a new studio comes new staff as well. The new director at MAPPA is Yuichiro Hayashi (Kakegurui, Dorohedoro). Character designs are being handled by Tomohiro Kishi (91 Days, Garo -Vanishing Line-). Scriptwriter Hiroshi Seko (Attack on Titan seasons 1-3, Banana Fish, Mob Psycho 100) returns to the fray,  overseeing the whole series’ composition. Acclaimed composer Hiroyuki Sawano (Kill la Kill, Xenoblade Chronicles X, Promare) is back as well, with Kohta Yamamoto (Blue Exorcist: Kyoto Saga, The Seven Deadly Sins seasons 2 and 3) in tow. Most of the central Japanese voice cast has been confirmed to return to voice the iconic characters.

Attack on Titan initially premiered in 2013 to rave reviews. The first season made its Toonami debut the following year. Season 2 premiered in 2017 after a long, four-year wait, with season 3 releasing in summer 2018 (part one) and concluding in spring 2019 (part two) after a short break.

Attack on Titan The Final Season was previously slated for a fall 2020 release. Still, at the time of writing, no specific premiere date has been revealed, and any delays due to the COVID-19 pandemic have yet to be announced.

Are you ready to witness the climactic finale of this thrilling saga? Let us know on our social media! Don’t forget to follow us on Twitter @ToonamiNews and listen to the Toonami Faithful Podcast for the latest updates on all your favorite Toonami shows!