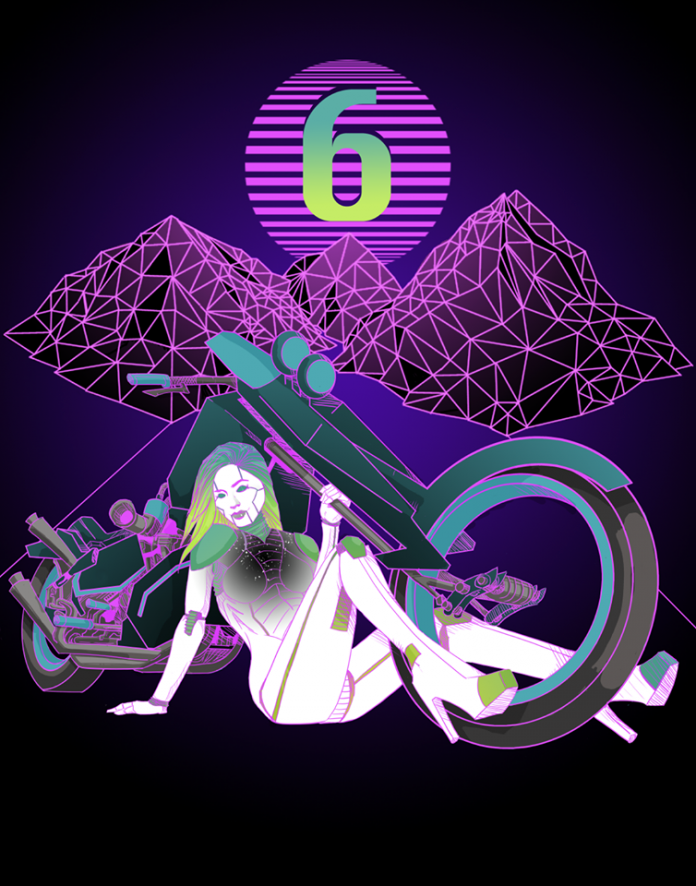 When Toonami Faithful began, I was intrigued by a different version of hip-hop that leaned towards nerdy topics like video games and anime. That genre is Nerdcore hip-hop which has become more popular over the years. Naturally, I wanted to find out more about this subgenre so I began to search anywhere that had it. Ultimately, I found a group on Facebook for Nerdcore hip-hop, where artists would post their music and get feedback on it. Finding this group was exactly what I needed to help get the content I craved.

Over the years, the Nerdcore hip-hop group on Facebook has become the leading community for artists today. This group allows people to post their music and even give artists and producers a way to showcase their skills. And the more I looked into the genre, I found out about an interesting event that was held once a year called Nerdcore VPC. I found it to be fascinating and something that helped solidify my love for the style of music many are probably unaware existed.

Nerdcore VPC is a competition for artists to showcase their skills. There’s even a possibility to win a prize at the end of a contest. I enjoy the competition because I love a lot of hip-hop songs that have come out of the community. I feel as if this genre stays true to the hip-hop qualities I enjoyed back before I discovered Nerdcore. Unlike what you hear with mainstream songs now, I find the quality of Nerdcore music to be much better. It allows me to hear a lot of artists and producers that you may have not heard on a regular basis and outside this competition.

But why would Toonami fans care about the Nerdcore VPC? Oddly enough, anime has been a huge influence within the community and fans have seen hip-hop and anime meld together (with Samurai Champloo as the biggest example). And we can’t forget the song Toonami used to commemorate it’s time back on the airwaves. It’s an event that I think a lot of Toonami faithfuls would enjoy hearing to possibly to become fans themselves. After all, anime and hip-hop continue to meld together all the time. To paint more of a picture of what Nerdcore VPC is about, I sat down with Whitney Harper. She is the woman in charge of the Nerdcore VPC and is also one of the admins of the Nerdcore hip-hop Facebook group. This is what she had to say about the competition and her love for the sub-genre in general.

Paul: Hi Whitney. Your currently one of the people in charge of the Nerdcore hip-hop group on Facebook and the Nerdcore VPC. How did that come about?

Whitney: I joined the nerdcore community right around the time where Nerdcore Now forums were dying and the Facebook group started by Nik (Lamped God) was starting to gain traction as its most likely replacement. I was a pretty vocal contributor and generated interesting concepts and ideas to help engage and grow the community. Through my volunteerism, I was eventually approached with an offer to help moderate the community and help project manage a reimagination/rebirth of the Vocalist Producer Competition, a competition that was initially created by Klopfenpop who retired from running it after two iterations.

Paul: Were you always a fan of Nerdcore hip-hop?

Whitney: I grew up listening to hip-hop and punk rock in the ’90s. At 18 I moved to the UK, to a town that had a huge electronic music scene. From there I got into artists like DJ Yoda and through his collabs MC Paul Barman, who while not strictly nerdcore (a term I didn’t even know at this point), toes the line very closely and creates a natural jumping-off point. From there my first introduction to *actual* nerdcore was Captain Dan and the Scurvy Crew, and of course MC Chris. So in a nutshell, no. I definitely wasn’t around in the origins of nerdcore, but through chance, my music tastes just happen to lead me there and I fell in love. After all, what’s more punk rock than DIY and hip-hop?!

Paul: Do you think Nerdcore Hip Hop is underrated in the USA?

Whitney: Some – there is a lot of underrated talent that really just needs a break-out opportunity to get heard by a broader audience. NCHH (Nerdcore hip-hop)carries a bit of a stigma and can get you ignored outright. We try to offset that with things like the VPC, festivals, etc. Shout out to Don Vito and Rhyme Torrents, Illgill and his compilations like Nerdcore Halloween, Klopfenpop who is the original inventor of the VPC, Lampgod for keeping tinychat alive for almost 20 years. There are a ton of players keeping the scene up so new, fresh talent like Lex and Sammus can catch the ear of cats like Random and Lars and get those show opportunities that get their music heard.

Paul: What is the Nerdcore VPC and how did it get started?

Paul: How does the competition benefit new and current Nerdcore hip-hop artists out there?

Whitney: This year specifically, the VPC offers some really unique opportunities – the biggest of which is having MC Lars and Richie Branson on the judge’s panel. This tournament has connections to PAX, Magfest, SXSW and some of the biggest touring names in nerdcore. If you want to play some shows and collaborate with the biggest names in the game, you get there via the VPC.

Paul: Why should people pay attention to this competition?

Whitney: I would point them to our previous year’s songs and the stories of some of our contestants and winners. Amazing singles, albums, collabs, and tours have come out of the VPC. Some of your current favorite nerdcore artists cut their teeth in a VPC. We average hundreds of thousands of plays during the course of the competition, with some songs still averaging tens of thousands of plays on our SoundCloud monthly, even two years later.

Paul: How does an artist enter and are there any requirements?

Whitney: Entry is as simple as following the rules and submitting a song for round one. There is no cost, no signups, literally nothing except your song and a willingness to respect the VPC philosophy: pick a good partner, take the challenges seriously and make good music. The round one submission deadline is September 28th at midnight PDT- so if you were thinking about entering now is the time! I would also mention that attrition is an apex predator in the VPC, screwing up or missing a round is definitely not a death sentence. Teams have been known to join in halfway through, or miss a round and still place very highly.

Paul: Lastly, where can people go on social media for the competition and Nerdcore hip-hop music in general?

Whitney: https://nerdcorevpc.com is our main website, built and maintained by our webmaster, Jordan Mynes. He’s knocked it out of the park this year including team pages that each team can update and manage themselves, with their contact information for bookings, links to their social media profiles, sound clouds, band camps, and merch shops. The VPC is an awesome way to discover new artists and each year always leaves us wanting to explore the past catalogs of our newer contestants. Now there’s a quick and easy to way to find them! You can also follow our Facebook page here. And join the Nerdcore hip-hop Facebook group here.

Nerdcore Hip-Hop has needed VPC to expand its audience and gain more people listening to the genre. That’s why I think everyone should check out the website and follow the group on Facebook. Whether you are an inspiring artist, a long-time listener of the genre, or someone who stumbled upon this kind of music, I think many will be satisfied with what they hear. I do think it’s time for this genre of hip-hop to burst out onto the scene so it can gain more of an audience, and hopefully, Nerdcore VPC can help continue the trend. And if it does, maybe more of this genre will get a chance to shine during a Toonami broadcast!

Special thanks to Whitney Harper for taking the time to do the interview. The Nerdcore VPC is currently going on right now and you can hear every single track and vote by going to there website here.