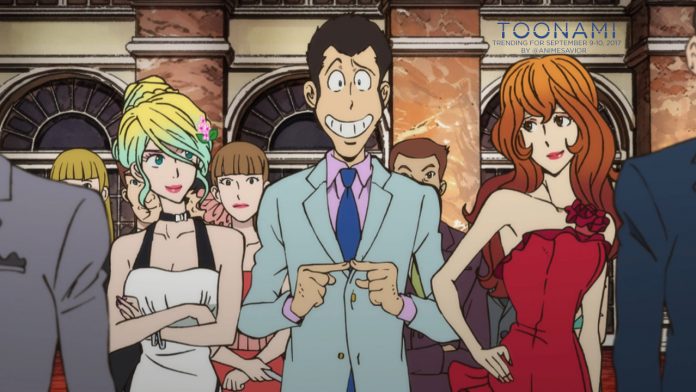 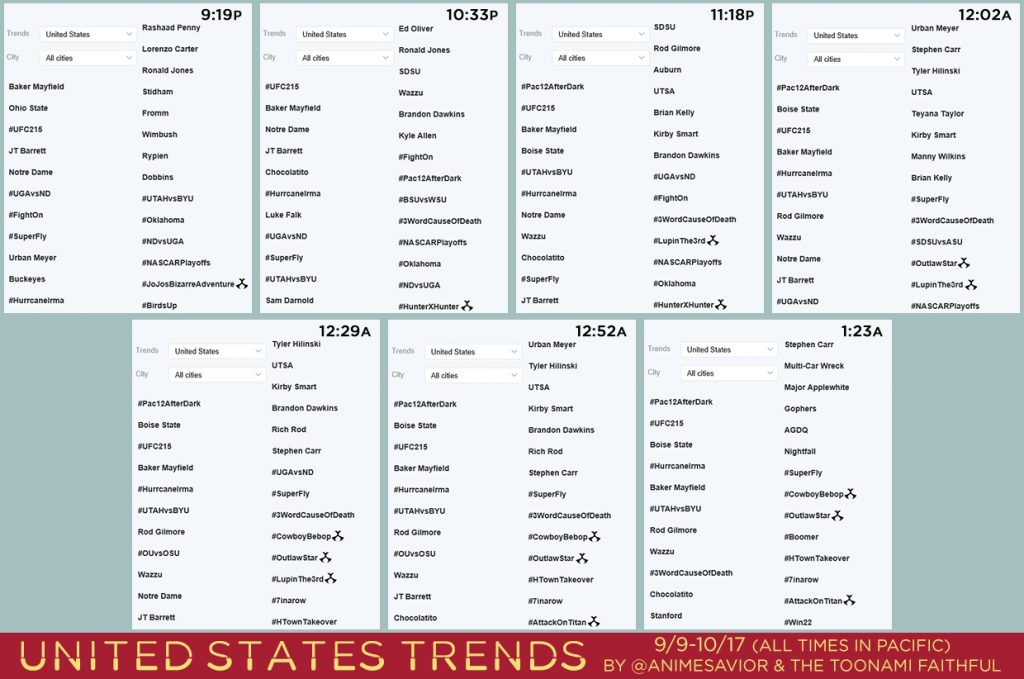 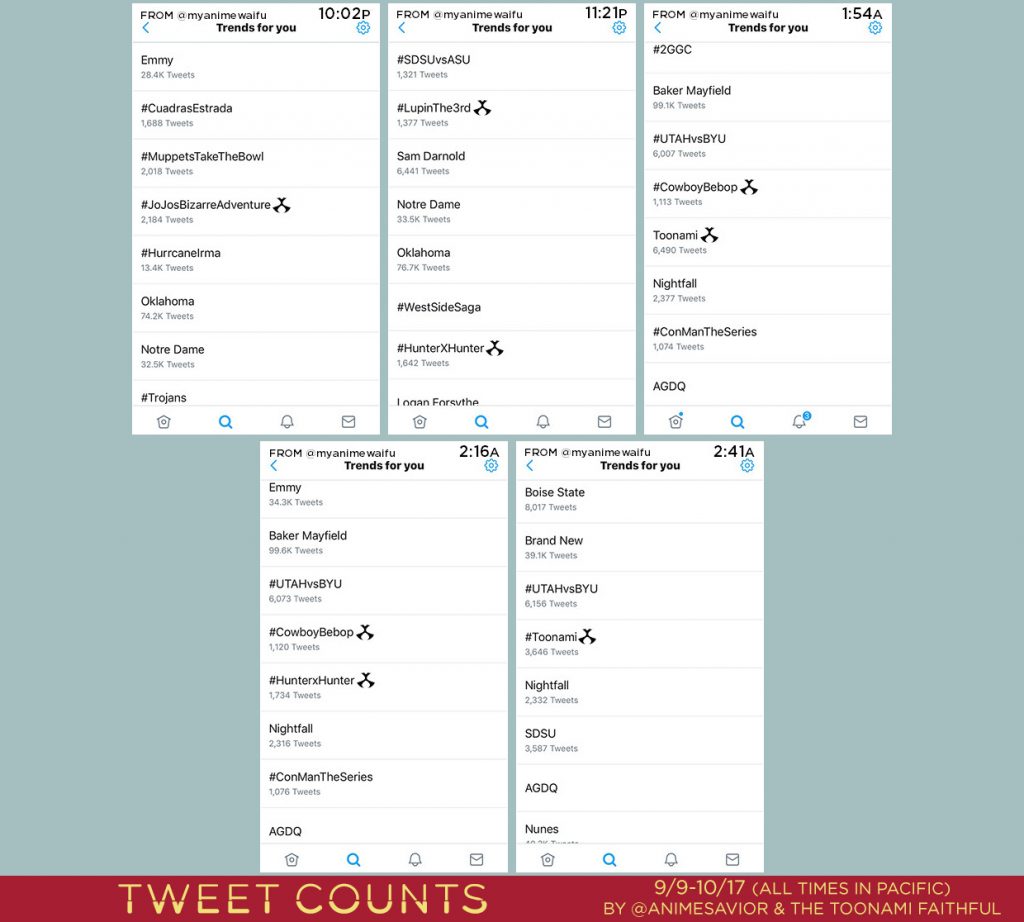 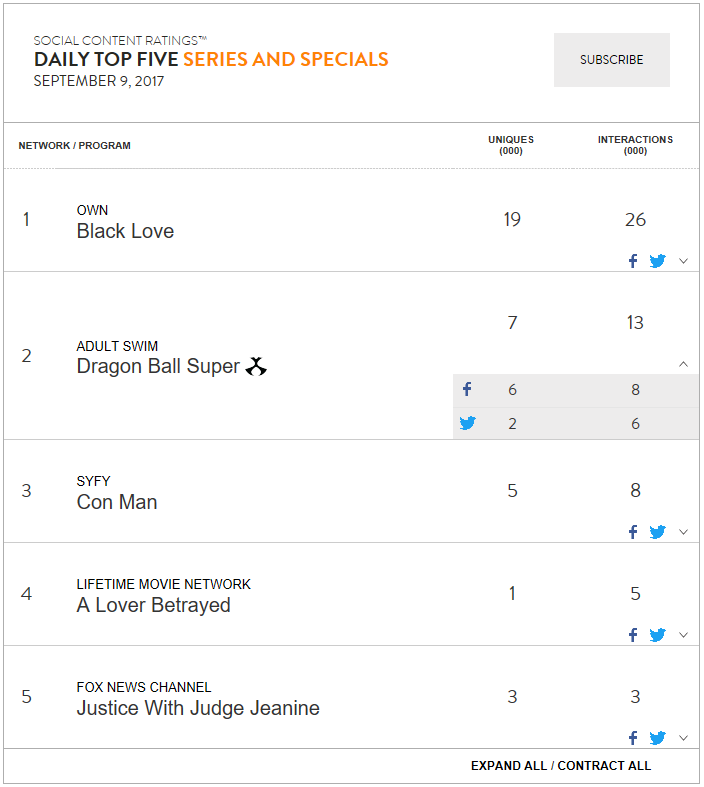 “It’s hard to navigate through a woman’s pride.“

“What is it…the dream of Italy?”

The Toonami Trending Rundown for September 9-10, 2017. Perhaps to have a “blast from the past” hour to complement Outlaw Star, Cowboy Bebop returns for another run. And among the many moments with our current shows, the Tournament of Destroyers begins, while Lupin goes on a double date with Fujiko and Rebecca, and Nagato tells the story of his troubled past to Naruto.

On Twitter JoJo’s and every show from Hunter x Hunter to Attack on Titan with the exception of Shippuden would successfully trend in the US during their respective East Coast airings. Meanwhile on Tumblr, Toonami would trend as with JoJo’s and Hunter x Hunter.

And while we didn’t see any Dragon Ball related trends on the night, Dragon Ball Super did make an impact regardless as the series would make it to Nielsen Social’s top 5 most talked about shows on the day on Twitter and Facebook, making it to the #2 spot.

This week’s feature was a game review of Shadow Tactics: Blades of the Shogun. It received 8.5 out of 10 score.

It’s been a banner year for Samurai Jack with its long awaited conclusion back in May, and the Emmys have rewarded Gennedy and the crew for their amazing work, as Samurai Jack season 5 has received 4 awards for Outstanding Individual Achievement in Animation for episodes XCIII, XCIII, XCII, and XCV. A big congratulations and a job well done for Gennedy Tartakosvy, all of Cartoon Network, and the Samurai Jack and Toonami fanbase as a whole.

Not much else to say other than we’ll see you tonight for another round of the better cartoon show. Later.