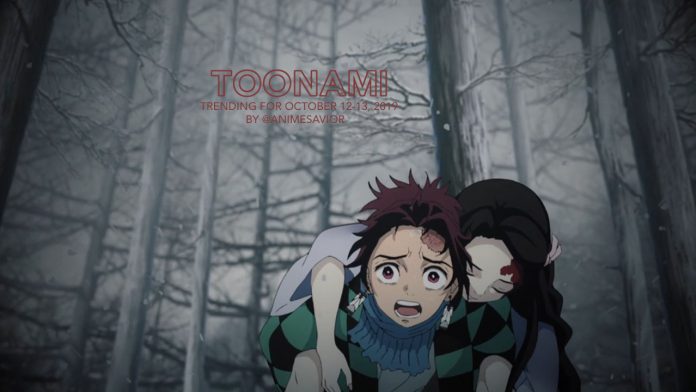 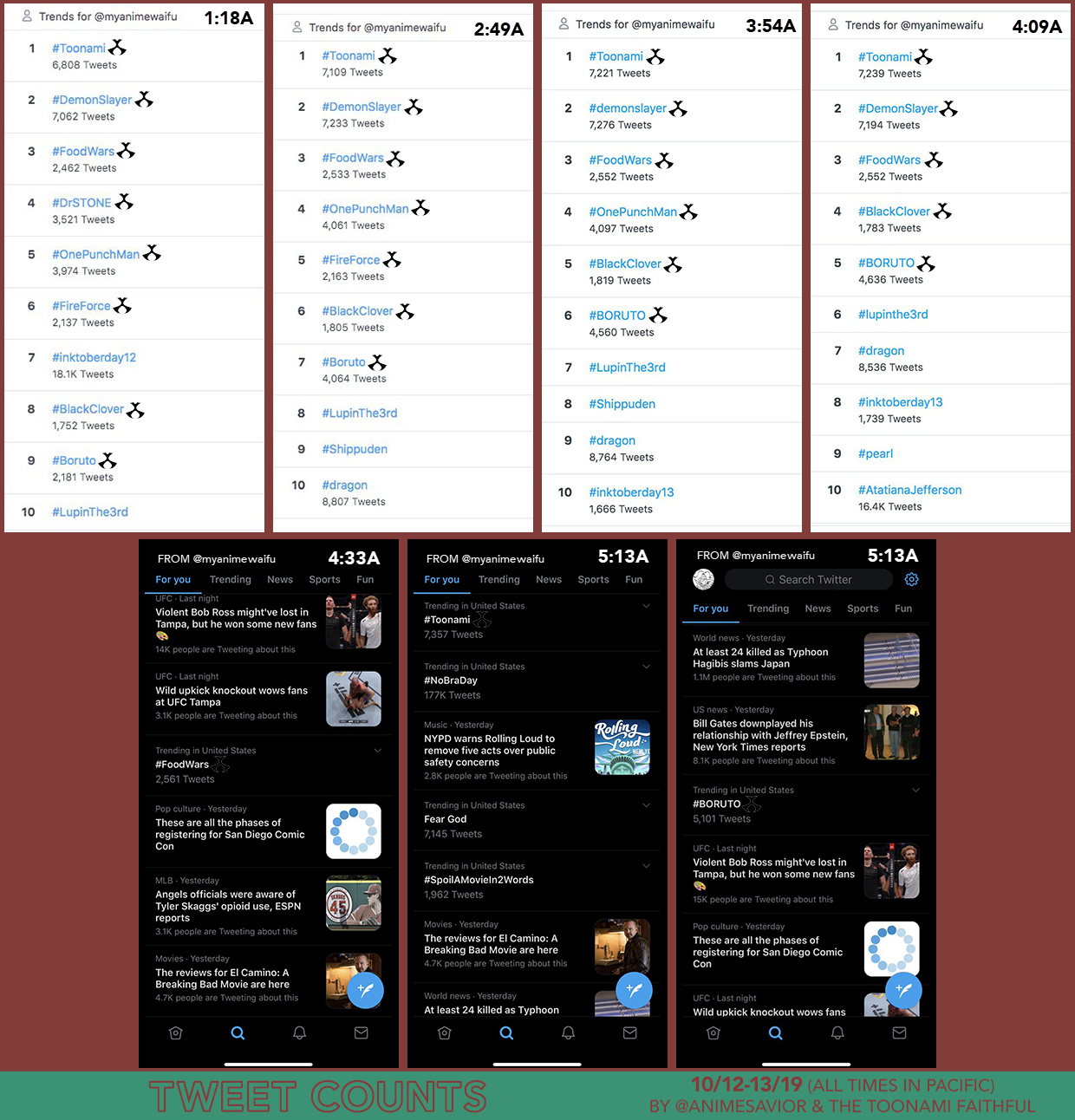 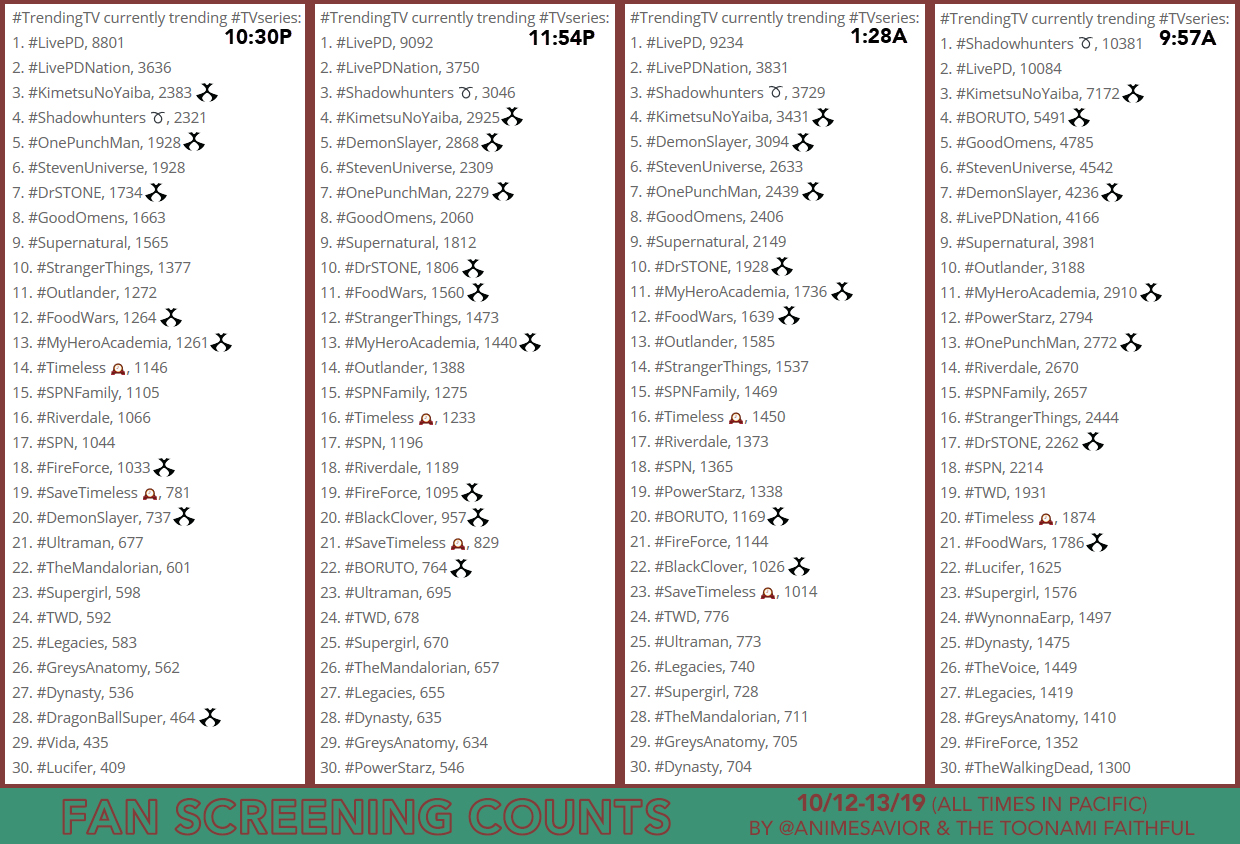 “How? How can something like this happen? Come on, Nezuko. I got you. Don’t die on me.  No matter what it takes, I’ll save you. I won’t let you die. I promise I’ll save you. Your big brother’s got you.”

The Toonami Trending Rundown for Oct. 12-13, 2019. As the fall season is underway, it was a big premiere night for the Toonami Faithful. Fans welcomed back One-Punch Man for its second season after a three-year hiatus and celebrated the debut of the popular and critically acclaimed Demon Slayer (Kimetsu no Yaiba) to the lineup.

Among the many great moments from the night, fans got to see Saitama befriend the popular hero King in One-Punch Man; and we quickly learn that he isn’t as strong as the general public thinks he is. In Food Wars, Soma is forced to make a comeback after his buffet dish doesn’t wow the customers, especially after getting rattled from his previous Food War, but manages to pull through at the buzzer. And Demon Slayer begins as Tanjiro goes out for errands, only to return home to his family slaughtered, and Nezuko turned into a demon as he pleads Giyu to spare him so he can heal her. To their surprise, he does.

On Twitter, #Toonami trended in the United States along with every premiering show. Meanwhile, on Tumblr, #Toonami trended alongside One-Punch Man and Kimetsu no Yaiba. The full list, including statistics and tweet counts from the Twitter app and Amr Rahmy’s Fan Screening analytics app, can be seen below.

Tune in next week as Boruto showcases its final episode before going into its hiatus. And we’re not done with season premieres yet, as we just have two weeks to go until JoJo’s Bizarre Adventure Golden Wind premieres. Until next week, stay gold as always.