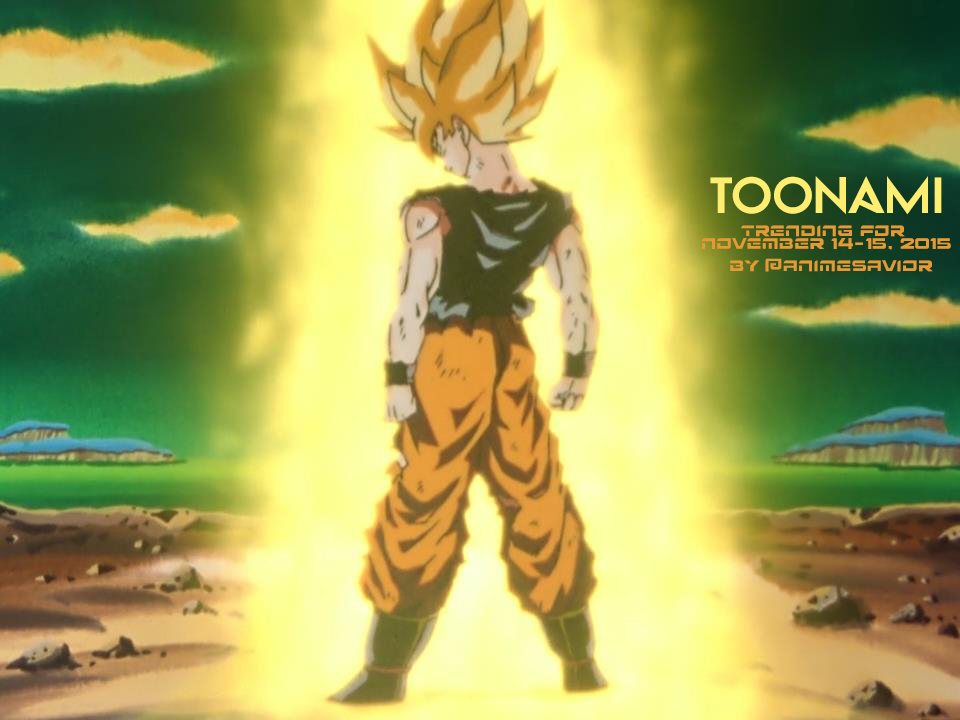 “The fires of Goku’s temper have flared, and his rage now burns with a heat of a mighty inferno. Will Goku’s unsettling transformation prove to be Frieza’s nightmare?”

The Toonami Trending Rundown for November 14-15, 2015. Week 2 of Intruder 2 is in the books as Toonami, #Intruder2 and every show managed to trend during their respective East Coast airings. Not bad, especially considering that Holly Holm’s shocking upset of Rhonda Rousey occurred at the same time.

Tune in next week for episode 3 of Intruder 2, among other great moments. Until next week, stay gold, and of course, our thoughts and prayers go out to those affected by the terrorist attacks on Paris on Friday. Je Suis Paris.