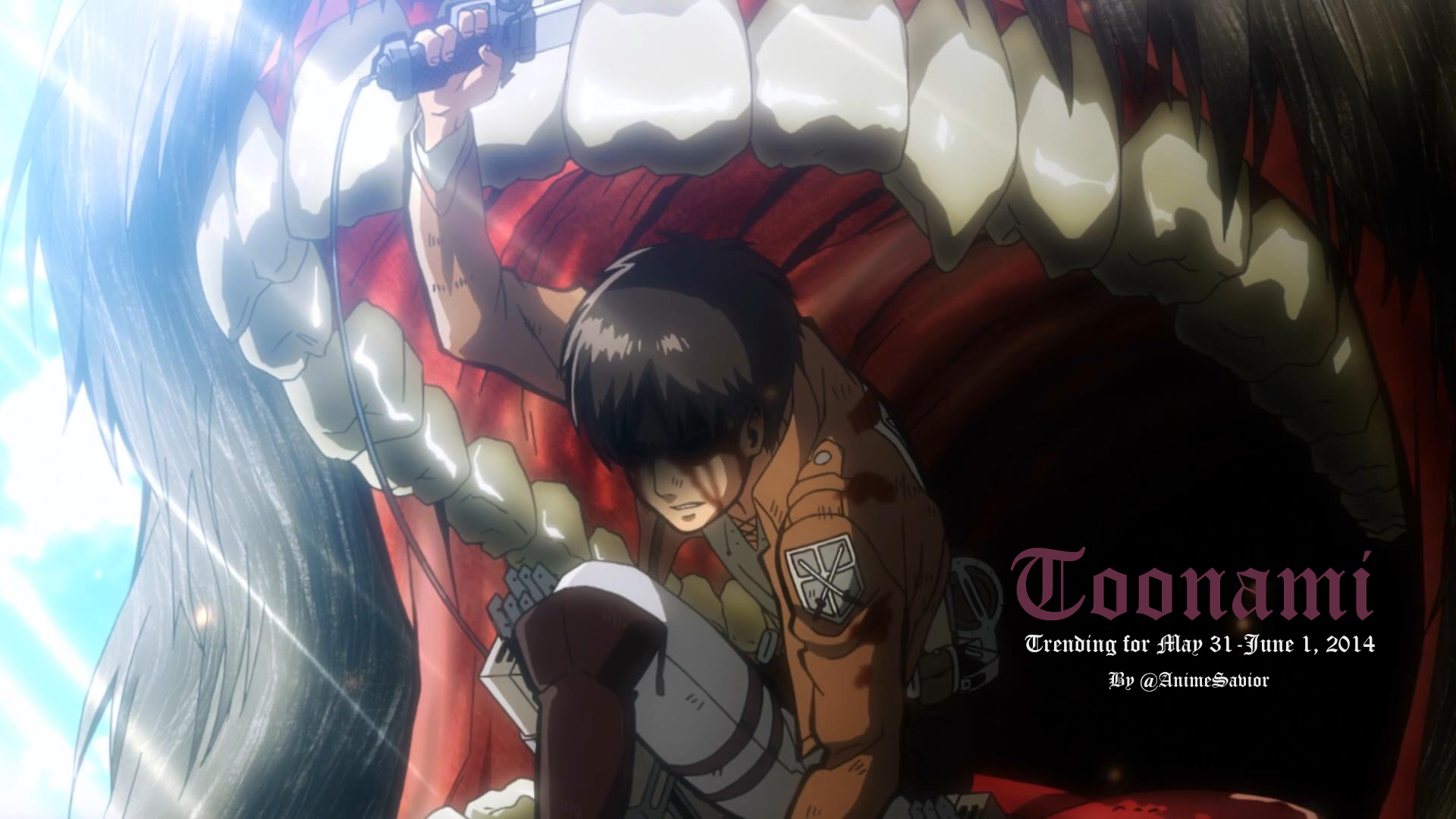 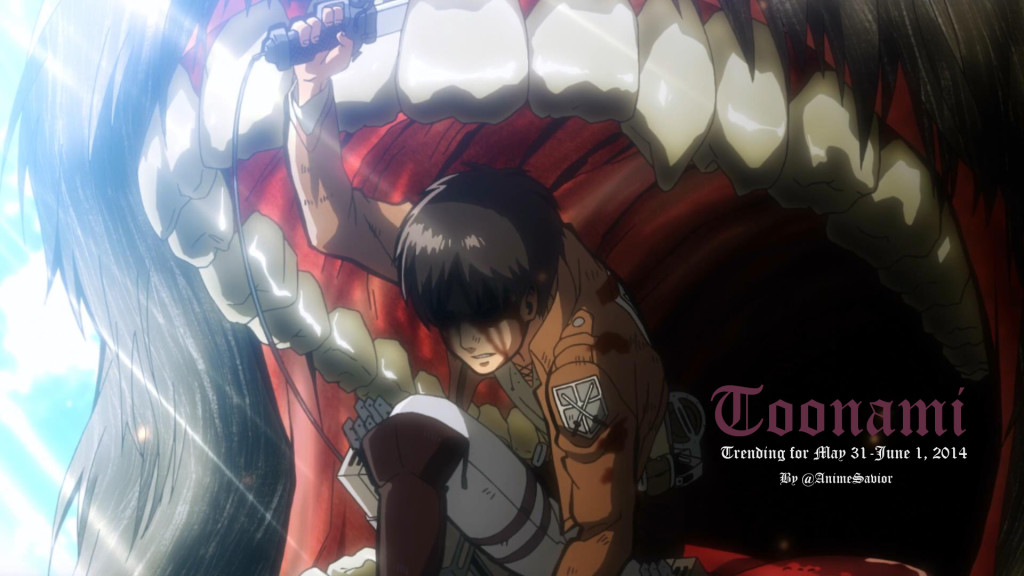 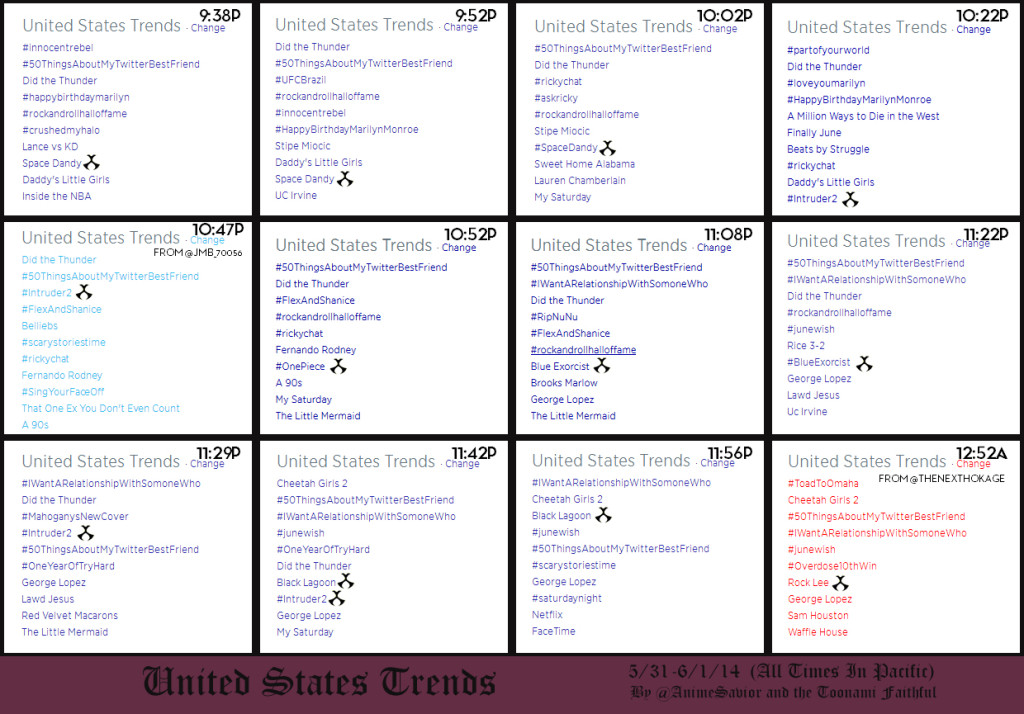 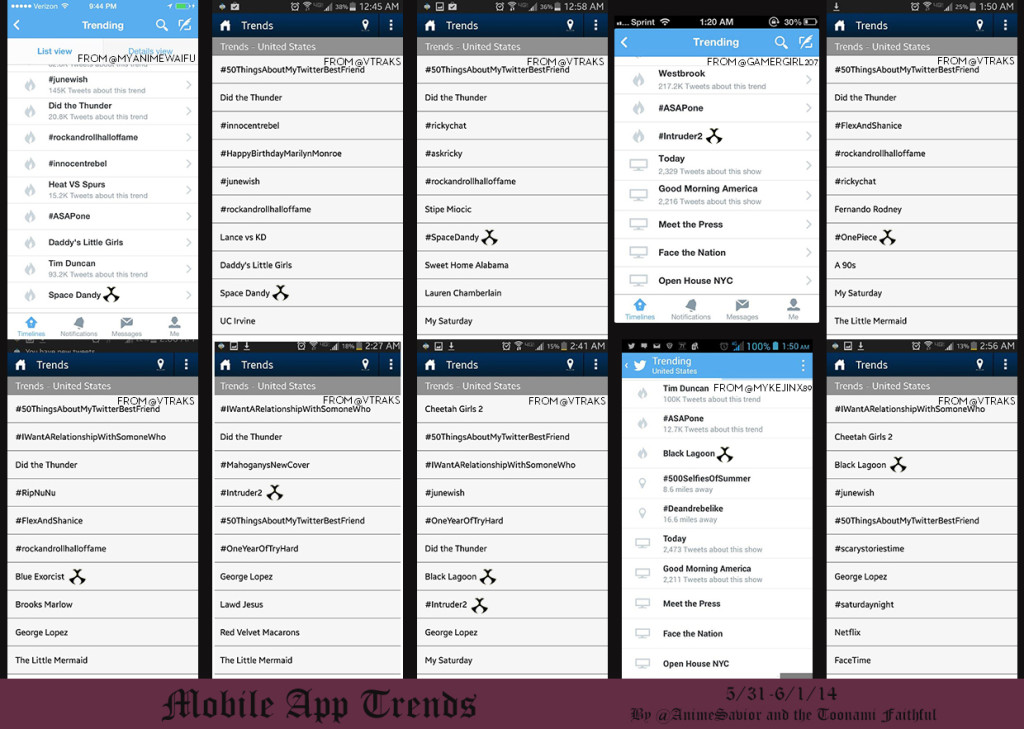 “I refuse to die like this, understand. Armin, listen…we’re still going to the outside world. The things you told me about…I have to see them…I have to…”

The Toonami Trending Rundown for May 31-June 1, 2014. Not a good night for trending with the Spurs’ OT series clincher against the Thunder dominating the trends among other things, with only 4 shows managing to reach the US and/or Mobile App trending lists. (Space Dandy, One Piece, Blue Exorcist, and Black Lagoon). Can’t win em all, I suppose.

On a bright note however, Toonami showcased a promo for the upcoming Intruder 2 and asked folks to trend the #Intruder2 hashtag once again, leading to it trending during several points of the night. We also got a character trend with Rock Lee as OG Naruto showcased his first appearance and had a confrontation with Sasuke and company.

Don’t really got much else to say other than see you again next week for another round of the better cartoon show. Later.

Special thanks to @GamerGirl207, @JMB_70056, @myanimewaifu, @MykeJinX89, @TheNextHokage, @VTraks, and others I forgot to mention for spotting some of the trends on this list.

Intruder Alert. Only Toonami on [adult swim] on Cartoon Network.