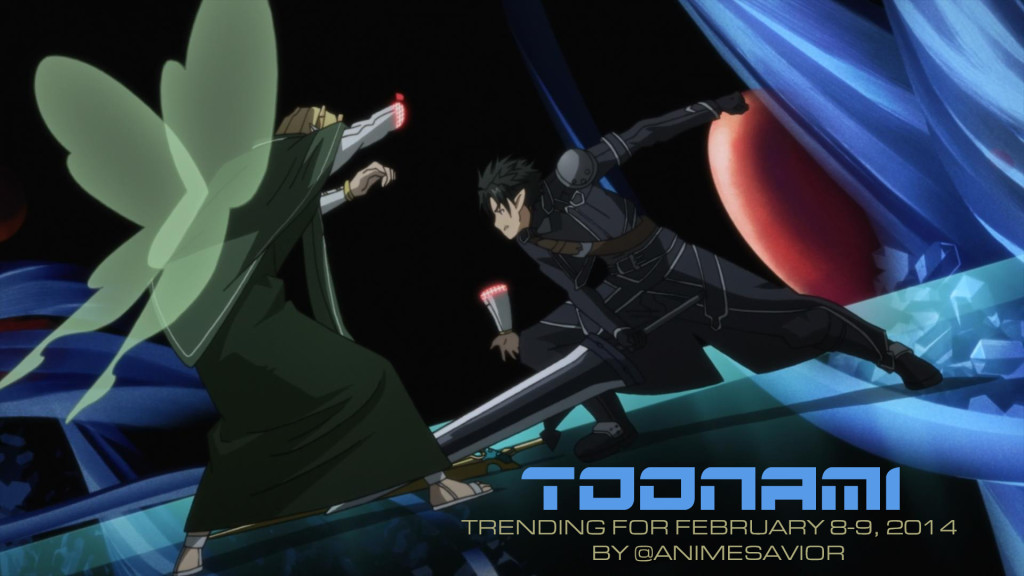 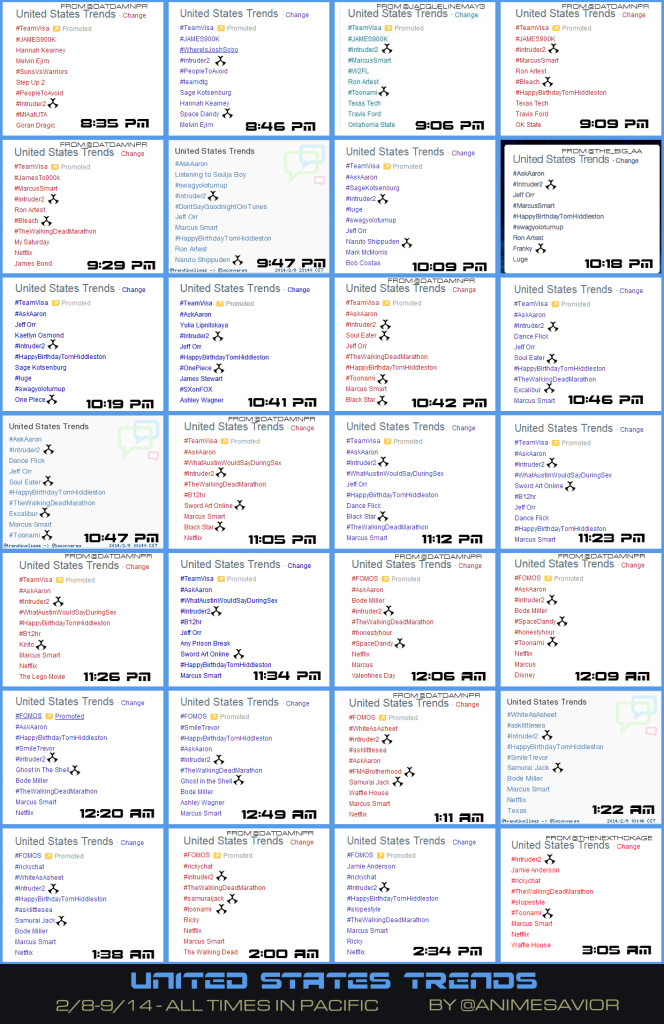 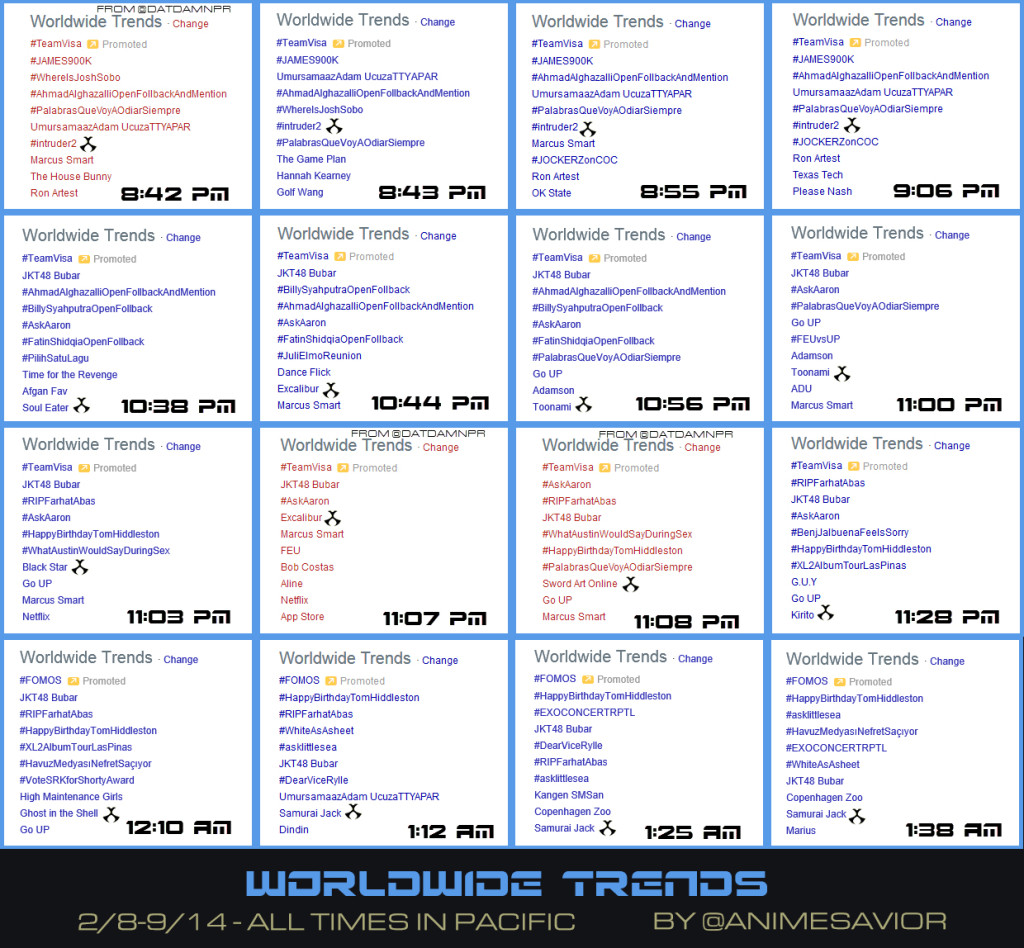 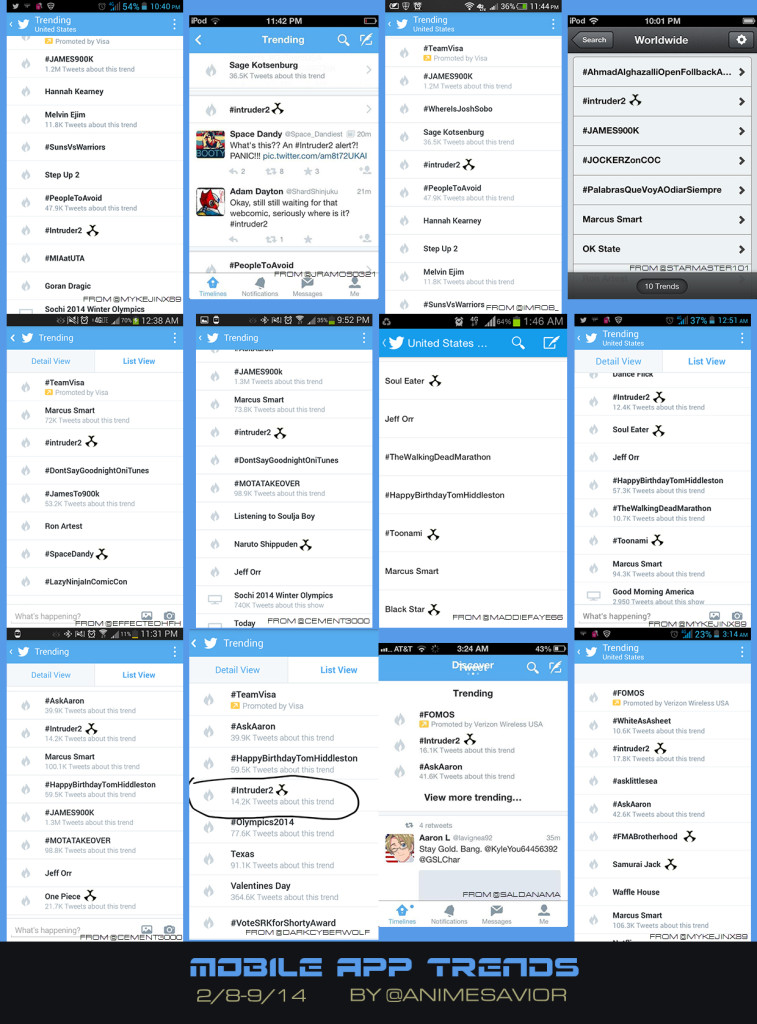 “You stole everything in this world [Sugo]. Everything, including it’s people. You’re nothing but a king of thieves, sitting alone on your stolen throne.”

“You…little punk. You dare…you dare talk to me like that? Grr…System Command. Generate Object ID: Excalibur!” *beat* “Do as I say you piece of crap. System, your God is ordering you to comply!”

Well, I guess you can add Oberon to the list of the many people that tried…and failed miserably to become Excalibur’s weapon meister. But all joking aside, here’s the Toonami Trending Rundown for February 8-9, 2014.

First, let’s start off with some news to give you context for what happened on the night. Remember the infamous Intruder event back in 2000, when an infamous giant blob creature consumed TOM 1, forcing SARA to activate TOM 2 to save the day? Well, Toonami just announced last Wednesday that there will be a sequel to that event sometime next year. Who knows what will be in store for TOM, SARA and Toonami as a whole from now till then, but the block did ask fans to use the hashtag #Intruder2 to gauge interest and help determine “how big the story will be”, so to speak.

And the fans made their voices heard, alright. The hashtag #Intruder2 trended in the US for the entire duration of the night, as well as worldwide for the first hour. In addition, Toonami and every show with the exception of OG Naruto, Star Wars TCW, and InuYasha trended in the US, while Toonami, Soul Eater, Sword Art Online, Ghost in the Shell, and Samurai Jack trended worldwide.

We also got some special character trends from One Piece, Soul Eater, and SAO with Franky (as he refuels himself with drinks, pays an entire bar their drinks, and possibly learns from Granny the real culprits Iceberg’s assassin’s), Black Star (as he starts off his final showdown with Mifune and learns about Mifune’s previous encounter with White Star), Excalibur (as he explains Brew’s attempts to revive his beloved) , and Kirito (as with the help of Kayaba, manages to defeat Oberon and successfully saved Asuna from his grasps). With these three shows heading up to or reaching the climaxes of their respective series or story arcs, it’s not hard to see why.

Interesting news in regards to Cartoon Network as a whole. On Monday March 31, Adult Swim will expand to the 8pm Eastern hour. According to CN head Stuart Snyder, record setting ratings last year and the increasing demand from advertisers were among the factors for Adult Swim starting up earlier. This won’t affect Toonami at the moment, and what will Adult Swim put in those hours is yet to be determined, but for those that watch regular CN premieres at the 8pm hour, be prepared to watch or record such programming at an earlier hour, or even another day. And of course, if you’re a parent that doesn’t want their children to be watching Adult Swim, be prepared to set the TV off or onto another channel a bit earlier than usual.

In the meantime, tune in next week as Sword Art Online showcases the final episode of the Fairy Dance arc, which also means that the premiere of Blue Exorcist is only 2 weeks away. You don’t wanna miss this. Till next week, enjoy the Winter Olympics and Let’s go Team USA!

Edit (2/10/14 @ 9:50am PST): Forgot to mention that Samurai Jack also trended worldwide. Thanks to Blatch for spotting the mistake.

Zombies, zombies everywhere. And so much fun to kill. Only Toonami on [adult swim] on Cartoon Network.