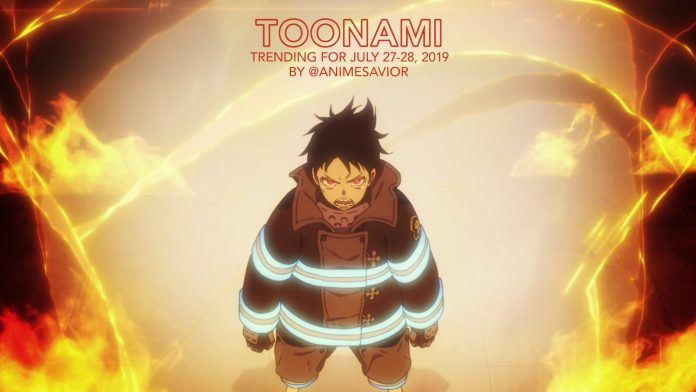 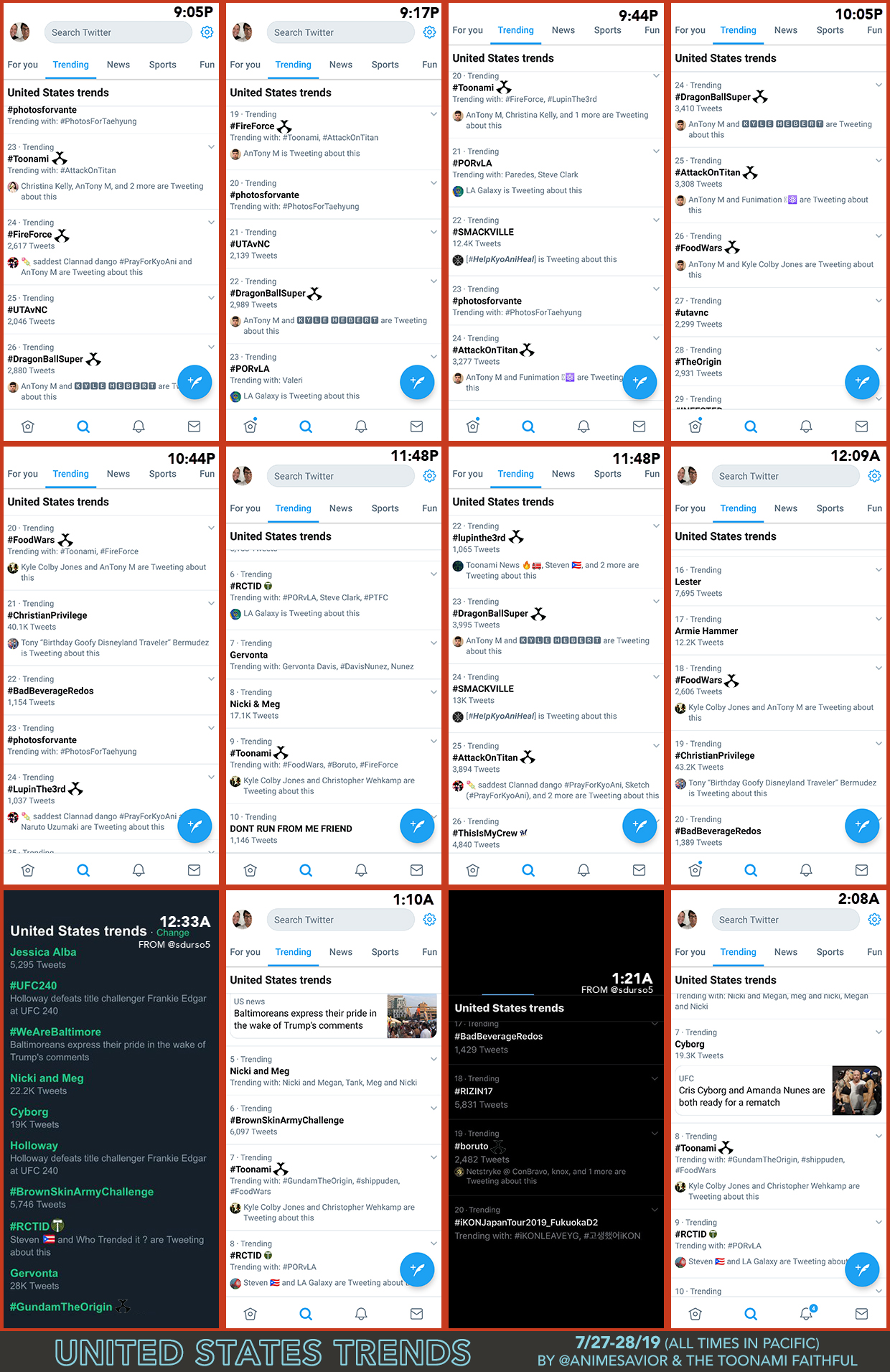 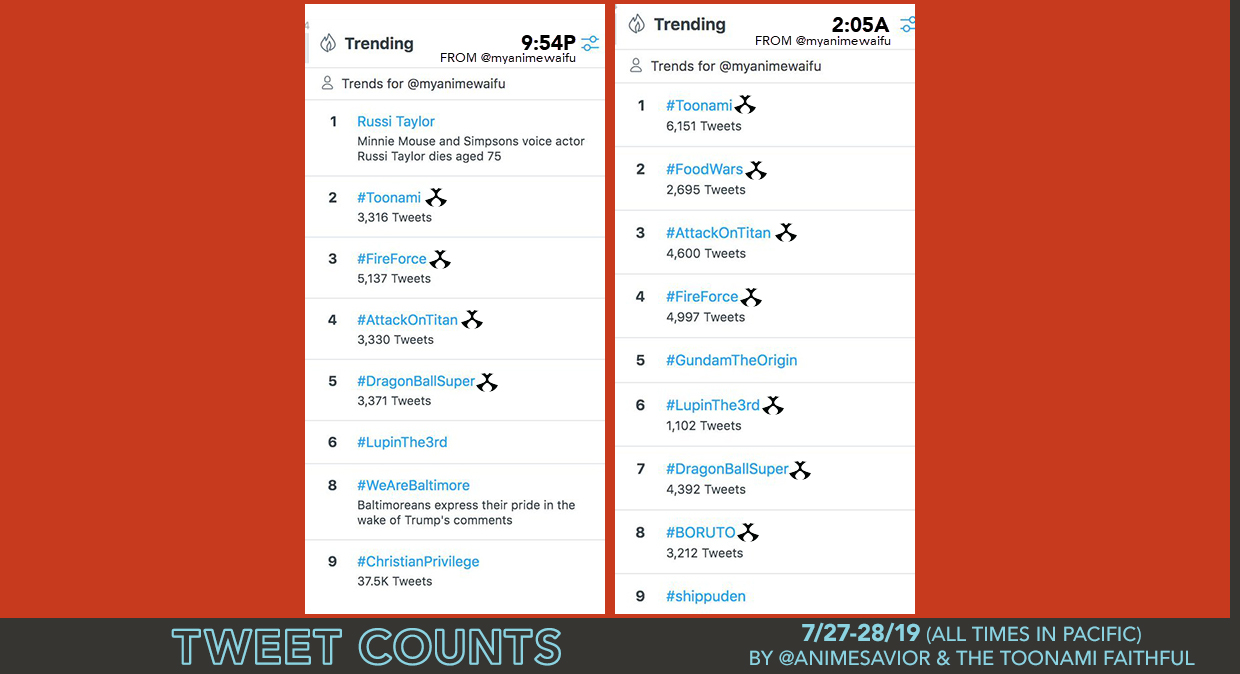 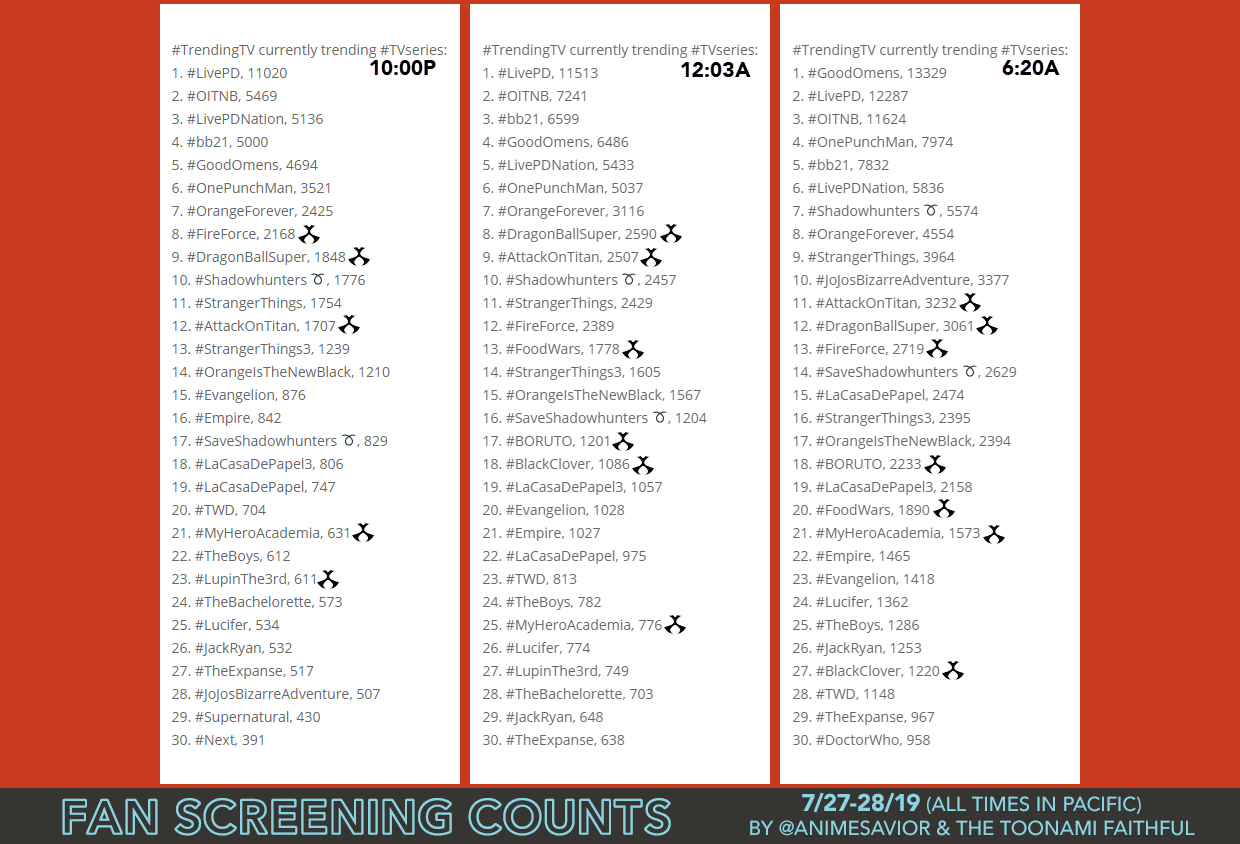 “I made two promises. That I’d be a hero, and that I’d protect my family. Mom, Shou, I’m sorry I couldn’t keep that last promise, but I’ll honor your memory by becoming a hero. Hope you’re watching. Here I go. I refuse to be what they say I am. No matter what I have to do, I will be a hero.”

The Toonami Trending Rundown for July 27-28, 2019. It was a night of ends and new beginnings as Attack on Titan completes its third season, while Soul Eater creator Atsushi Okubo’s newest work in Fire Force makes its debut on the better cartoon show. And among other great moments, Eren and co. are honored for their efforts in retaking Wall Maria and head out to see the sea, while we are introduced to Shinra Kusakabe as he is recruited into Special Fire Force Company 8, and Boruto, Sarada, and Mitsuki complete their first mission as the new Squad 7.

On Twitter, Toonami would successfully trend in the US alongside every show except Black Clover and My Hero Academia. Meanwhile on tumblr, Toonami also trended alongside Shingeki no Kyojin. The full list including statistics and tweet counts from the twitter app and Amr Rahmy’s Fan Screening analytics app can be seen below. 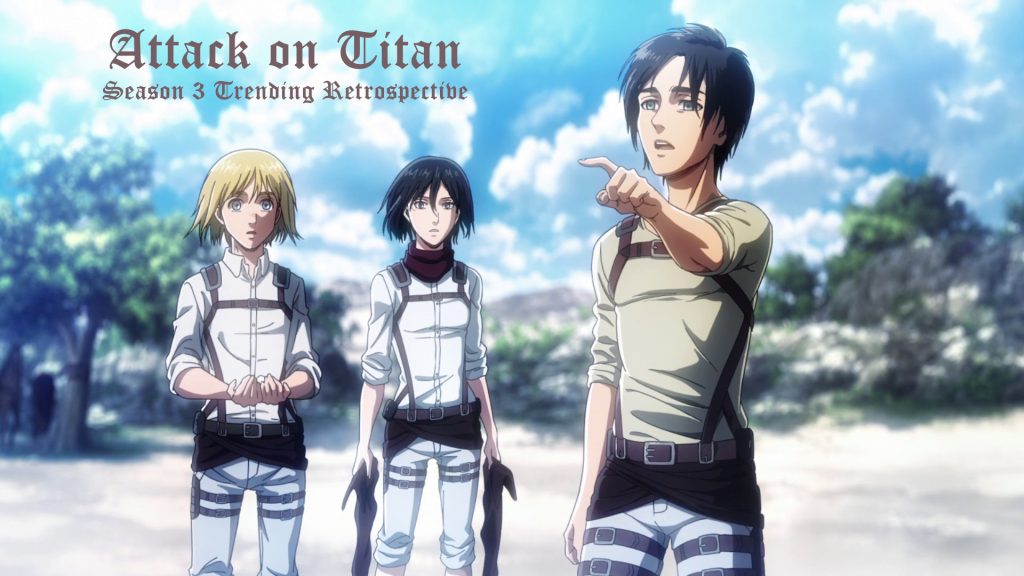 “Across the sea, is our enemies. If we killed them all, will we finally be free?””

22 episodes of Eren and the scouts beginning to find out the truth of the Titans, and Season 3 is now in the books. During this season’s run, the hashtag #AttackOnTitan trended on Twitter in some capacity during 8 weeks of its run (3 or those reaching the US list), including 3 additional weeks during its encore run. On Tumblr, #attackontitan trended during 13 different weeks, including #shingekinokyojin in 2 separate occasions, and #snk in 2 separate occasions. And on Amr Rahmy’s Fan Screening analytics app, statistics of reaching the top 30 have been spotted during all 11 premiere weeks and 4 encore weeks since we started recording this stat. 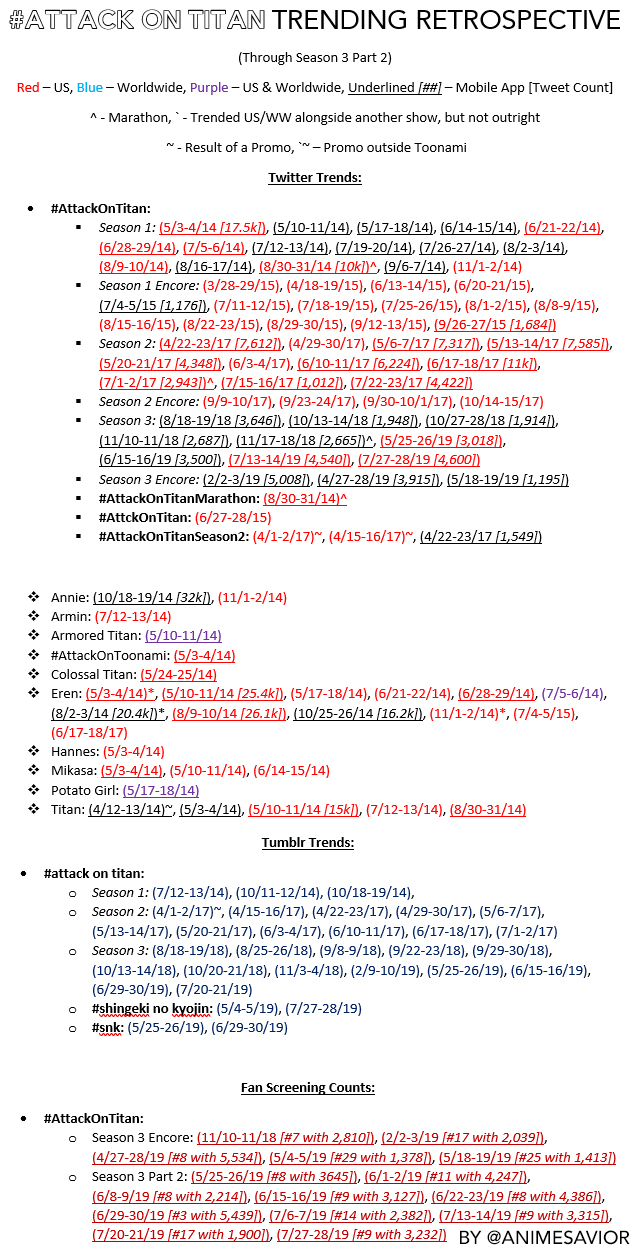 Attack on Titan is not done just yet, as a 4th season is currently in production, which will premiere in Japan on NHK sometime in Fall 2020. And with the manga wrapping up soon, the 4th season has been announced to be the series’ finale. No word yet on what the plans are regarding episode count and the like, and it’s still to early to say what Toonami and Funimation have planned for the final season at this time. We’ll keep an eye on all the developments ahead.

2019 marks 5 years since Attack on Titan made its debut on the better cartoon show, and it has been quite a ride so far as the story and lore continues to reveal itself. I think I can speak for all Attack on Titan fans that we’re looking forward to see this thrilling conclusion in the near future.

Tune in next week as gen:LOCK makes its television debut on the better cartoon show, as it begins the first of 8 episodes next Saturday at 11:30 pm Eastern, among other great moments. Until next week, stay gold as always.