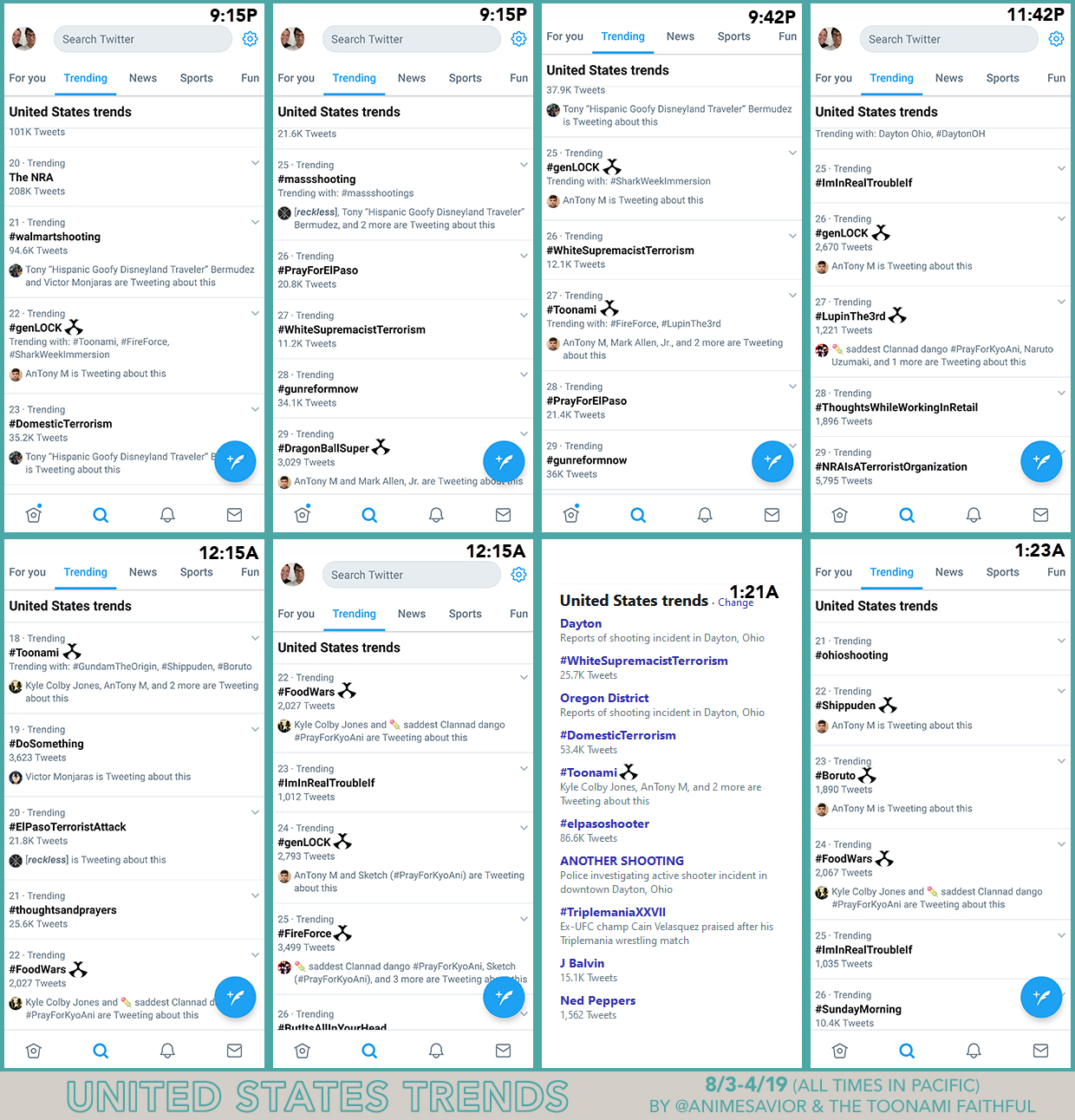 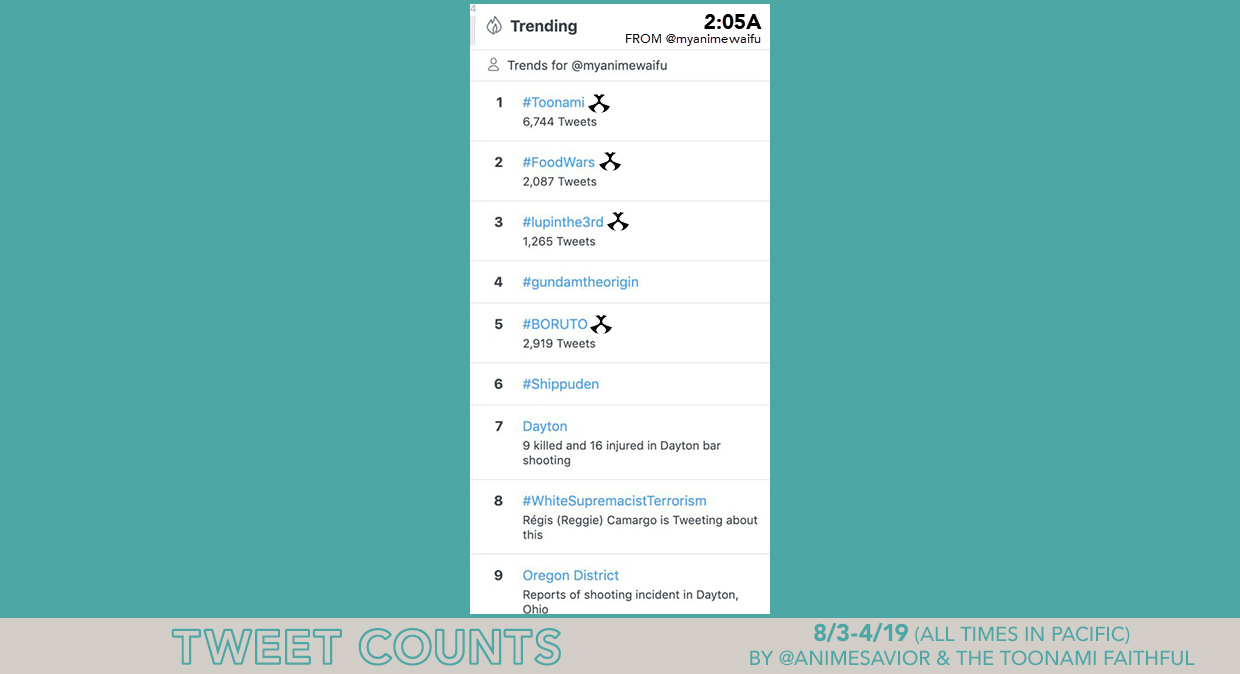 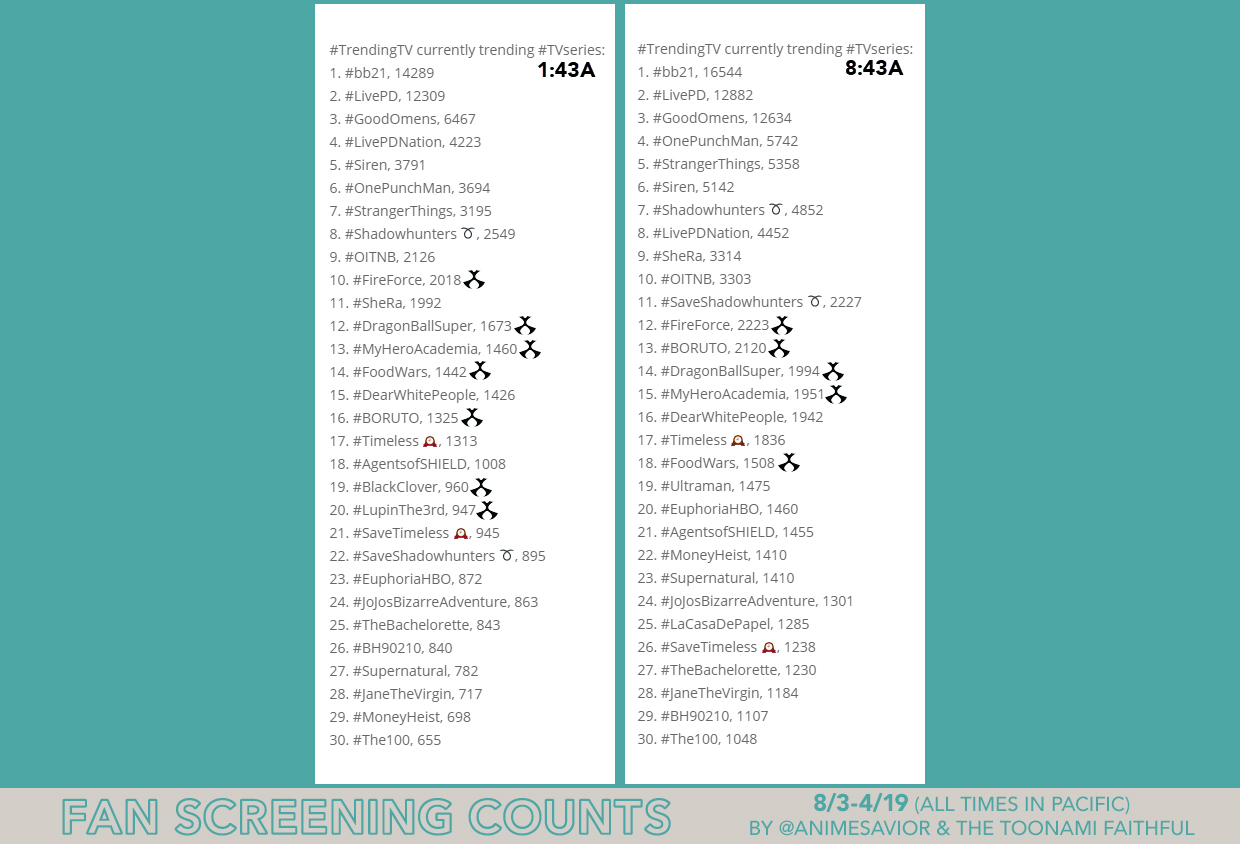 “Let the Good Times roll, am I right?”

The Toonami Trending Rundown for August 3-4, 2019. In a night that stoked much of the political and social anger in recent times, to say nothing of the innocent lives affected and lost, Toonami provided a break from it all in a showcase of unity and good times, as Rooster Teeth made its debut on the better cartoon show with the hit web cartoon gen:LOCK. And among other great moments, we are introduced to Julian Chase, a soldier who goes missing in action after an invasion of New York City, and then somehow reappears 4 years later, while the 7th and 11th Universes battle it out as the last two standing, and Bakugo fights Deku after learning the origins of his quirk.

gen:LOCK would make its debut with a bang as #genLOCK as well as every show with the exception of Black Clover and My Hero Academia trended in the US. On the other hand, no trends were spotted on tumblr. The full list including statistics and tweet counts from the twitter app and Amr Rahmy’s Fan Screening analytics app can be seen below.

This week’s feature was a music video for Starlight Brigade by TWRP feat. Dan Avidan. You can check it out below.