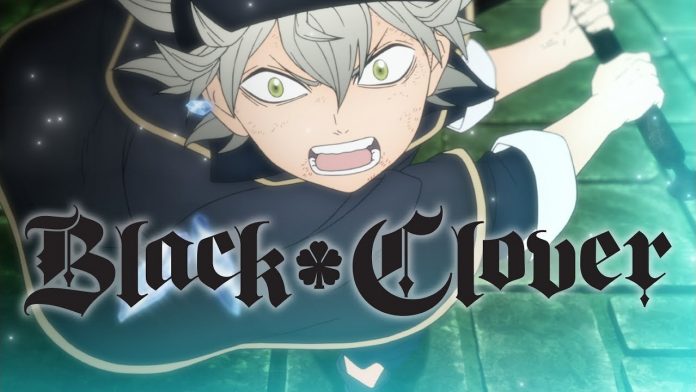 It’s always a pleasure when Toonami decides to do something that few people predicted would happen. Not only will the block expand after the Thanksgiving weekend, but they have received the rights to air the hit new shōnen series, Black Clover! I have been following this closely, considering I could see it benefiting the Toonami block and fan base. I was going to wait till it ended its original run in Japan to talk about how it’d fit on the block in our seasonal “Could It Air” articles (as it has all the elements that make it a “Toonami show”). I might have been inclined to go more in depth about the series sooner, due to how polarizing it can be with anime fans. It’s a big deal and with it coming to Toonami it just builds more intrigue as to how the block will progress with this series added to its arsenal. So why did Toonami look at this series over others that might have been more popular, and how could this show be viewed down the line?

I’ll start off by saying I understand the feeling of disappointment fans felt with My Hero Academia getting glossed over for Black Clover. I love My Hero Academia and want it to air on Toonami at some point (sooner rather than later). But fans of the superhero show will have to wait until the dub is available for Toonami to pick up. So in the interim, they look at the second most popular new shounen from Weekly Shonen Jump and something that both FUNimation and Crunchyroll have been promoting like crazy. I’m sure both companies gave Toonami their blessing, in that this show will become even more popular with it getting a television run in the U.S. It’s a bold play, and one that I hope occurs more often, with Toonami looking into a broadcast dub instead of a title that’s been around for a while. As of now, many are talking about Black Clover, and I’m sure there are some who consider it one of the biggest new shōnen titles out there.

But boy, there is a divisive line when it comes to Black Clover when talking about the pros and cons of the series (some that I find silly and some that hold some water). I think when it comes to Toonami, fans will have a love/hate relationship when dealing with Black Clover, which isn’t necessarily the worst thing in the world. Ultimately, I think that its divisiveness is what Toonami could use to garner more attention (especially on social media). Because many people will continue to watch, whether they like the series or not so that they can have something to rant about. There could be a risk of a ton of fans leaving due to this show not living up to the expectations of being one of the more prominent new shōnen titles out there. However, I have a feeling that Toonami isn’t too worried about losing its fans, considering that they added a time slot to fit in Black Clover.

For those who might not know what this series is about, it’s your typical shōnen adventure in a time where magic is everything. We watch Asta as he tries to become the highest ranking officer of the Clover Kingdom, the Wizard King (which has been a dream of his since he was a child). The only problem is that Asta has no magical ability whatsoever. He is viewed as a lesser being by others, not only because he is dirt poor, but because he can’t use magic. He and his brother Yuno are now 15-years-old and want to begin their journey to become magic knights. Yuno seems to be on the path to becoming one of the best magic knights to come around, with Asta seemingly on the ropes to make a squad.

So what has everyone up in arms in either liking or hating this series (I rarely see anyone in a more moderate position)? Even though I saw a ton of people asking FUNimation when the dub will be released, more than any other series this season, there are still many complaints about it. It has to do with our lead’s voice (Asta). He yells. A lot. It reaches levels of pure hatred for some, and it can be tough to listen to (especially with what they decided to do in Japan). It gets especially annoying how he asks Sister Lily to marry him continually (Asta you are a 15-year-old boy, you should understand why a nun cannot marry anyone). It’s tough for a show to garner fans if the lead character is annoying and can push others away from the overall story, especially when that story is generic (at the start). I understand that the author is showing a more optimistic character and wanted Asta to be different from other confident leads, but some points went a bit far that can make the series unenjoyable to watch.

Like other shōnen, Black Clover has a TOUGH time to establish itself as something different from other blockbuster shōnen series. It screams Fairy Tail and Naruto in so many ways that you might wonder if you are watching those shows. Asta (and Yuno to an extent) are always talking about becoming the Wizard King, just like Naruto would talk about becoming Hokage or Luffy as King of the Pirates. Or like Asta being the colossal underdog with no natural talent, just like Rock Lee not having any ninjutsu abilities, or Deku before he receives his quirk. Yuno is seemingly the overwhelming favorite rival to outshine our main character, like Sasuke was for Naruto and nearly every classmate of Deku’s. Not to mention I was just waiting for Natsu and the wizards of Fairy Tail to join Asta’s group in a few arcs (in the manga). The battles, the setting, and characters are all very typical of what you’d get from other series. So if you view Black Clover as a lesser shōnen compared to other big names, you’ll find this annoying. It takes a lot longer for it to look like its own entity instead of a rip-off.

And what makes that more apparent is how the pacing of Black Clover isn’t as crisp as I hoped it’d be. It has gone slower than I would have liked, although that’s probably due to how few chapters of source material are available. Because of that, I can imagine the headaches some fans might feel due to how slowly the story progresses. So add on to the fact that Asta’s voice is annoying, the series seems like a clone of other popular shōnen instead of its own thing (at the beginning), and slow pacing might make some folks doubt if Black Clover was a good choice for Toonami.

I'd almost lost interest in Black Clover, but episode 2 shows us Yuno's moe side and now I'm hooked pic.twitter.com/yVvrXcO0SW

However, the steps that FUNimation has made to make this show popular has me feeling more positive about it being on Toonami. Casting Dallas Reid as Asta could be one of the best castings ever for FUNimation. He has a small history where he is viewed as an improvement from the Japanese counterpart if the character is annoying to fans. He did it in Clockwork Planet, making the lead character Naoto sound much more tolerable to follow (and helped me enjoy the series more). Having Reid take on what could be looked at as one of the hardest roles to make bearable couldn’t have been better. And it’s not just me who thinks that way as well. He fits in nicely, with his voice not overbearing or sounding like he’s screaming at a high volume the entire time. It can be loud, but it’s shōnen; everyone yells. Just watch One Piece, Fairy Tail, My Hero Academia, and Naruto. All kinds of characters shout in those show. Complaining about the yelling in Black Clover says to me that there might be some bias against this show and maybe it just isn’t for you (which is fine).

The cast so far seems pretty on point, with Micah Solusod taking on the role of Yuno, who can hit any vocal range he is given. FUNimation, much like how they treated My Hero Academia, realized that since this is the next biggest series (shōnen-wise) they had to handle this with the utmost respect. They want fans to like this and become just as excited about becoming the Wizard King as they are about becoming King of the Pirates. To go along with how excited I was for Asta and Yuno’s English voices, I’ve enjoyed the voice cast for the series in general. Especially since the Magic Knight captains all seem like obvious choices (Christopher Sabat, J. Micheal Tatum, Josh Grelle, etc.). I am intrigued to hear Jill Harris as Noelle when she gets more screen time, as well as the entire Black Bulls squad since it has taken a while to be introduced to them. It looks to be a stellar selection of talent, and it should be great watching everyone grow into their roles the longer this series goes on.

Wrote up a preview for Black Clover's simuldub and what the fuck it's really good???@ChubsGeorge did stellar work! https://t.co/8S4xAh2IvM

The animation has had some moments of pure bliss that have left me speechless. The action hasn’t been as free-flowing as I’d like in a shōnen (which might be due to its pacing), but when it is, it hits its mark. The anime has looked stunning at certain moments, making me wonder if it will continue down the road. I’ve been shocked at the effort put into some of Asta’s clashes. But with Black Clover having a few things going against it (like the perception of it), it needs impressive scenes that can leave fans wanting more. So far in the few episodes that have aired, I’ve been impressed with the handling of Asta’s fights and love the overall art. I think that aspect is something that Toonami fans will come to appreciate.

I believe when it comes to Black Clover, it all depends on how much you can tolerate. There are a ton of similarities between other favorite shōnen that can annoy fans. Asta yells, to a point where you are wondering why and for how long. Plus, the pacing so far seems pretty slow, as fans who are up to date on the simulcast are going to see Asta in his first mission in episode nine(!!). It will take time to develop into something different. However, this is a series that I typically want to watch. It’s right up my alley for shōnen that I enjoy watching and can’t get enough of. I want Asta to succeed to not only reach his dream but to inspire those who are less fortunate like him to dream big as well. He’s strong-willed and backs it up with his attitude of never giving up. If the series can continue to have animation highlights like it has, and give fans more action, I think it will become a huge favorite. It’s the changing of the guard for shōnen, as it’s time for My Hero Academia AND Black Clover to take the mantle (for now).

C.J Maffris is an editorial writer for Toonamifaithful.com. He wants to become the Wizard King instead of working a real job. Feel free to follow C.J on Twitter @SeaJayMaffris