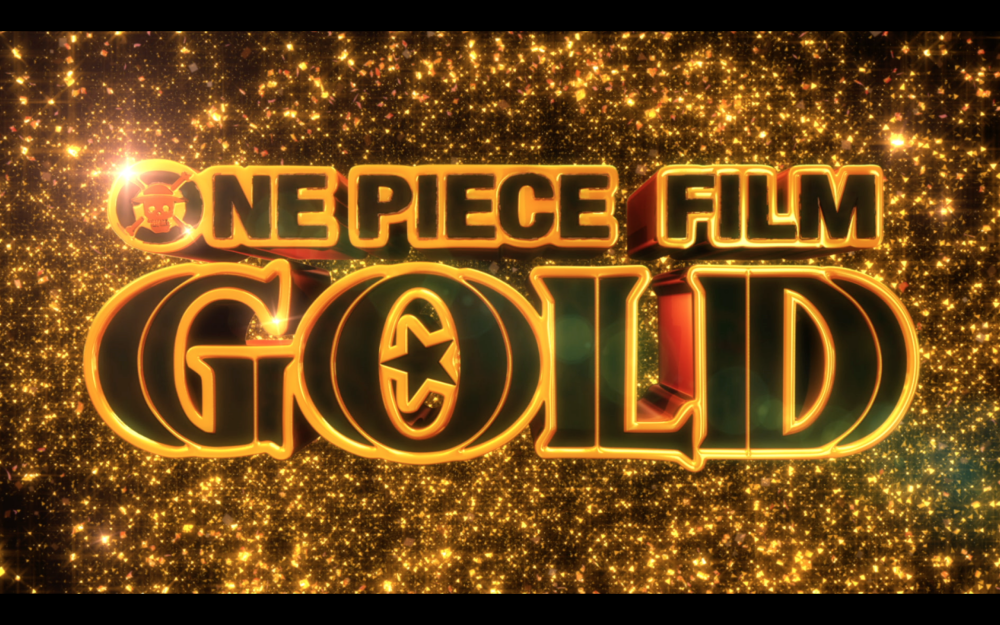 One Piece continues to print money in Japan, so it is no surprise to see the Straw Hat crew back on the big screen overseas but in a historic first for the franchise, the latest film is getting a limited theatrical run in the United States. Is the casino themed One Piece Film Gold an animated feature worthy of all of FUNimation’s chips or did they bet on the wrong horse? My review may not answer that question but I hope it will give you an idea of what to expect from the film, should you see it in theaters this January.

Film Gold begins with the Straw Hats arriving on Gran Tesoro a floating self-governed nation where pirates with high bounties are treated as honored guests. A grand performance is underway while they dock their ship and it is not long before they are greeted by a concierge who offers to show them around. After taking in some sights and getting some snazzy new duds the Straw Hats enter the casino and immediately start betting money they do not have. Eventually they are greeted by the “Casino King” Gild Tesoro and come to realize this glittering paradise is not all that it seems to be.

This is a quintessential One Piece experience from start to finish. The humor, sense of wonder, emotional beats, character interactions and action you would expect from a One Piece adventure is all here. Compared to the other two recent films in the franchise, Film Gold feels the most like a super-condensed One Piece story arc. The formula is the same as ever. The crew arrives at a new location because Luffy is looking for another adventure, the crew explores and finds a problem to solve, Luffy sets out kick the ass of the final boss and there are some goofy and sentimental moments throughout. There is a heist element thrown in and an opening musical segment but beyond that, Film Gold does nothing to break the mold. That is a bit of a problem because without question, this film is first and foremost for current One Piece viewers. In fact if you have not seen or read up to the end of the Dressrosa arc you will have significant events spoiled for you. There are a lot of cameos as well, some related to that arc and some related to other arcs. Those moments would at best have little impact on a new viewer or at worst spoil parts of the ever expanding story. That is unfortunate because without the blatant nods to the continuity, this movie would be pretty good for new viewers who wanted to experience a taste of One Piece without committing to watching a sizable chunk of a 700+ episode series. That said, it is far from the best one-off story the franchise has to offer. While Film Gold has all the elements of a One Piece arc, I feel it phones in some of the important ones and relies too much on spectacle. Because of that it falls short of greatness but it still succeeds at being an enjoyable excursion.

If you watch Film Gold looking for creative uses of Devil Fruit powers, exciting fights, amusing interactions and heavy handed messages about friendship or not giving up, then you should be more than satisfied. If you are looking for a really engaging story with complex characters set in the One Piece world then you should probably look elsewhere. The story lacks depth and you can see the twists coming a mile away. One Piece is largely intended for young viewers so this film likes to spell everything out to the audience. In one scene there’s a hint that some shady business is going on in Gran Tesoro and mere moments later Gild Tesoro’s actions leave little to the imagination. This is before he even meets to Straw Hats so the heel turn is fully expected. Tesoro acts cartoonishly evil for the majority of Film Gold. By the end, his greed and mockery of friendship feels ripped right out of a Care Bears movie. There are flashbacks intended to make him a more sympathetic character but they fall flat because he does not feel redeemable in the slightest. A marginally better character is found in the songstress Carina who is an old acquaintance of Nami. However, her story is about cliché as it gets and mired with plot convenience. There are bunch of characters around Gran Tesoro who are just there to up the stakes and occasionally get the Straw Hats from point A to point B. They feel downright unnecessary but such characters are a common trope in One Piece.

As I said before, it has all the elements you would expect from One Piece but some of those elements simply are not on the level of other One Piece adventures. One of the reasons that I adore One Piece is the balance of adventure and comedy with surprisingly compelling drama. The drama in Film Gold is not up to snuff, so it feels like a more shallow experience than One Piece usually has to offer. To be honest, the action is not quite on par with prior One Piece adventures either. Very little strategy is on display despite some of the crew specializing in fighting with their wits and cunning rather than brute strength. The few big fights feel like a string of special attacks and little else and a couple of the battles in the climax can hardly even be considered fights. It seems like most of the effort was put into Tesoro’s techniques and little time was spent fleshing out the abilities of his henchmen. Of course the Straw Hats get to pull off their crowd-pleasing signature attacks and a lot of time is dedicated to showing off the various things Luffy can do with his powers but it feels like plot convenience was too rampart in the final battle. It gets to the point where it does not make sense that some attacks are effective and others are not. Lack of consistency is apparent in other areas as well. The intelligence of the crew seems very inconsistent. Initially they fall for a rather blatant ruse but eventually they show tremendous understanding of their surroundings and adversaries. You can argue that they did not realize what they were up against at first and learned from their mistakes but the leap seems too convenient. It is more than a little hard to believe they did not catch on to Tesoro’s scheme before he revealed it to them. I realize these are nitpicks and the Straw Hats have been known to have fluctuating intelligence levels but it really feels poorly executed to me. If I had one more criticism, it would be the excessive fan service. Don’t get me wrong, I greatly enjoy seeing the lovely ladies of One Piece in fetching outfits but the camera angles got more than a little distracting. It is not tremendously more fan service than you would expect from One Piece but it does feel more visible than usual.

The animation is above average for a recent theatrical effort from Toei. It looks nice and the action is smooth so I have no complaints but it does not go above and beyond either. The music on the other hand, is where Film Gold shines. The opening number sung by Tesoro and Carina has a great big band swing and the background music helps set the mood of every scene. Creative design work is apparent throughout Film Gold as well. The animated sets are a sight to behold. Gran Tesoro has lots of nice touches here and there that give the glittering nation an appropriate amount of pizzazz. While the animation is not exceptional the combination of animation, music and design work is very pleasing to the eyes and ears. I am delighted that they dubbed the opening musical number. FUNimation’s Straw Hat cast is as good as ever and the majority of the story specific characters are also well performed. Michelle Knotz (Jessie on Pokemon) works well as the cute and spunky Carina, Amber Lee Connors (Nozomi on Keijo!!!!!!!!) offers a sneaky and sultry performance as the concierge Baccarat and Keith Silverstein (Full Frontal on Gundam Unicorn and Hisoka on Hunter x Hunter) steals the show as a grand Gild Tesoro. One Piece movies are no stranger to casting talent outside of the Texas voice pool and Film Gold continues that trend using talent from New York and Los Angeles. Some of the incidental characters leave a bit to be desired but there are no bad performances to be heard here. One Piece’s current ADR Director Joel McDonald (Deadman Wonderland, Assassination Classroom) has once again gotten dynamite performances out of the cast. The screener only included the English audio but I’m sure the Japanese cast put in a superb performance as well.

I am not sure if Film Gold was the best One Piece movie to give a theatrical release here. In order to fully enjoy it you have to be very familiar with the franchise up to recent events. I urge One Piece fans to go see it at a theater if it has showings in their area because it is worth supporting and offers plenty of big-screen worthy moments to make up for some of its shortcomings. New viewers can glean some enjoyment out of the spectacle but due to the nods to prior events in the series I don’t feel I should recommend Film Gold to the uninitiated. I would not want to taint their viewing experience with the significant spoilers this movie contains. While I do not feel the movie is on the same level as the prior two features Strong World and Flim Z, I do think it is worth seeing. Just don’t come in expecting a departure from the usual One Piece formula. This is a popcorn flick that is more flash than substance but it is not without its charms.

You can see limited run of One Piece Film Gold in select theaters from January 10th-17th. Go to http://www.funimationfilms.com/movie/onepiecegold/ for more information on tickets and locations.

You can see the trailer below