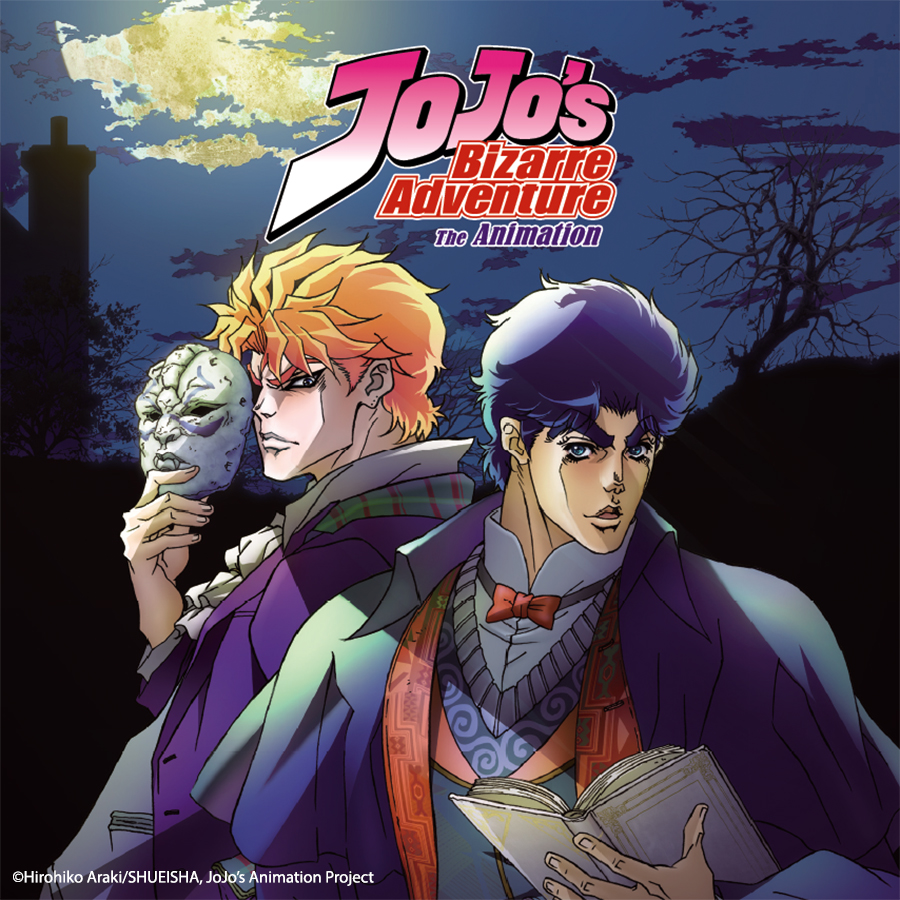 Here is the official Press Release from Viz Media on Jojo’s upcoming debut on Toonami:

The opening episode of Season 1 of the action-packed, multi-generational paranormal adventure series will debut on Saturday, October 15th at 12:30 a.m. EST/PST, with future episodes scheduled to air each Saturday. Toonami is the anime programming block on Adult Swim, Turner’s network offering original and acquired animated and live-action series for young adults.

JOJO’S BIZARRE ADVENTURE is based on Hirohiko Araki’s critically acclaimed Shonen Jump manga series that depicts the multigenerational exploits of the heroic Joestar family and their never-ending battle against evil. In the anime series, the Aztecs – the people of the sun – once prospered in ancient Mexico. They had a bizarre stone mask that brought eternal life and the power of a domineering ruler to he who wore it, but at some point, the mask disappeared without a trace. Years later, in the late 19th Century, when men’s lifestyles and outlooks on life were quickly changing, Jonathan Joestar and Dio Brando meet, and the stone mask binds them to a rather curious fate…

“Audiences will definitely want to catch the launch of JOJO’S BIZARRE ADVENTURE: PHANTOM BLOOD on Adult Swim,” says Charlene Ingram, Senior Marketing Manager, Animation. “Packed with heroic main characters, flamboyant villains and plenty of over the top action, this series is without equal!”

For additional information on JOJO’S BIZARRE ADVENTURE and other anime and manga titles distributed and published by VIZ Media, please visit www.VIZ.com.