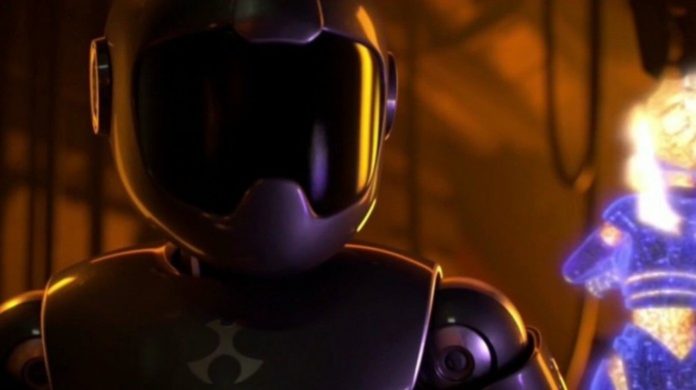 Last weekend, Toonami created a lot of buzz on social media. Typically, a new show acquisition, a memorable anime moment, or a cool music video would be why the block trended as long and high as it did. However, it was because of a TOM Speech that garnered attention from people worldwide. Toonami aired a video in strong support to the Black Lives Matter movement. TOM gave a speech that resonated with anime fans in the U.S. (and hopefully other places), talking about the importance of speaking out against systemic racism and phrases used to put the movement down. It was a beautifully done video, and one I was happy to see air. Toonami made their stance as straightforward as you could, becoming a beacon of hope during these trying times. Sadly, not everyone took to this video as positively as I did. Thus, it brought individuals’ wrath everywhere, stating how they will never watch Toonami again for shoehorning politics into the block. Seeing these reactions left me to pause and wonder: Were you not paying attention to the programming and speeches that have aired on the block before?

Toonami has always been known to touch on difficult subjects, like depression, anger, hopelessness, etc. The block has been applauded for finding the right words to say to their fans during times of need. These speeches inspire and have helped many people find their way in life. Currently, the Black community needs support against systemic racism and police brutality, as the world begins to listen and pay more attention. Like he’s done since I can remember, TOM always sat down to have a chat with us about these types of issues. Hearing the mentor for many anime fans, emphasizing how the phrase “All Lives Matter” or “I don’t see color” can be hurtful when drowning out the Black Lives Matter cry was absolutely amazing to see. TOM isn’t saying that Black Lives Matter more or that their lives are better, but they matter, too. The “too” has been ignored, and it’s time for everyone to start making it known that they, in fact, DO matter. And I couldn’t think of a better person to state that claim than TOM. So I ask, what’s wrong with saying that someone’s life matters? How is that, in fact, political? After all, fans have typically showered TOM with love with all of the messages he’s recited to fans throughout the years.

It’s rather weird to hear Toonami fans express displeasure at anything political in the block, considering the series and values that have aired on Toonami. There have been shows that showcased heroes standing up for others who are being wronged. Yet in those cases, there wasn’t any outcry about “politics” being forced down our throats. I didn’t see people upset with the airing of series like Bleach, Deadman Wonderland, or Attack on Titan during their broadcast on the block. While some series might be more evident with political imagery than others, these types of topics have always been included on Toonami. It has been there since the beginning, Toonami fans, but NOW people go up in arms?

Even some “flavor of the month” anime that has aired on Toonami, like Kill la Kill, (which is a pun in Japanese involving both fashion and fascism), have strong political influences within their stories. Listen to Satsuki’s first speech and tell me how that doesn’t relate to anything political. “Fear is freedom! Subjugation is liberation! Contradiction is truth! Those are the facts of this world! And you will all surrender to them, you pigs in human clothing.” I found the idea of using uniforms to enforce control to be a fantastic premise because it is still used to this day. But if you paid attention to Kill la Kill, you’d find that political ideology was at the forefront of the series.

You can look at one of the more successful franchises to ever air on the block (Gundam), which has heavy messages regarding government, authoritative rulers, and prejudice. Gundam Unicorn used prominent motifs to show viewers examples of corrupt government organizations, as well as the negative effects on those who are racist. Both the Vist Foundation and the Federation ravaged an innocent colony just so Laplaces’ box’s contents weren’t uncovered. They were afraid of how they would look if word came out of the rules put forth by their ancestors, and how evil they were for hiding important documents. You have similar political messages in other Gundam series like Gundam Wing and Gundam Iron-Blooded Orphans. While it might be easier to spot political influences in this franchise, I don’t recall people yelling about it being too divisive or forced.

And the most successful anime I can think of, One Piece, does a tremendous job depicting racism and how a corrupt government is evil and scary when looking at the Celestial Dragons and the World Government organization. Look no further than the Water Seven arc, during which the Straw Hat Pirates declare “war” on the World Government (and every entity that has the support of the organization) by burning their flag. This is the same organization, mind you, that wiped out Ohara’s people for studying the “Lost Century.” There’s the belief that the information of that time would shine the World Government in a bad light and take away their power. So to keep that a secret, they murdered everyone on that island. Again, please explain how that isn’t a parallel to corrupt government regimes in world history.

The way One Piece shows difficult topics like slavery and racism should also be commended. One of the most iconic moments in the series was when Luffy punched the ever-loving snot out of a Celestial Dragon that shot Hatchan. Now Hatchan was shot just because he was a Fishman, and Luffy, enraged by the lack of respect for his life, attacked him, with no hesitation, despite the consequences. Luffy even understood that trying to reason or be peaceful with this individual wasn’t possible and thus reacted accordingly. “Riots are the language of the unheard,” and Luffy exemplified that at this moment. He wasn’t going to stay silent about the treatment of Fishmen back at Sabaody Archipelago. But when that moment happened, I wasn’t hearing any outcry about One Piece being too political. Instead, many rallied behind Luffy’s action, so again, I wonder why Toonami’s video has become too political for them to see.

And again, mixing politics with anime hasn’t done anything to “ruin” the industry. I would argue the anime scene has thrived from its inclusion. There is no better adversary (I feel) in anime than a bureaucratic entity. I loved seeing Akane Tsunemori take on the Sibyl System (in Psycho-Pass), which had control over the entire world (and not for the best). How was she going to stop it and continue to fight for justice? Unlike her squad trying to stop a serial killer, Akane’s fight against the very system she works for was much more impactful and riveting. The same could be said for Double Decker, where the series’s main antagonist was a high ranking military member. And who could forget Star Blazers not only adding political messages in their series but adding them to other alien races? You can go down the list, and politics continue to show up in anime, and I don’t think that trend will change.

So I ask those who don’t care for politics in their anime: Did you not pay attention to what you were actually watching on Toonami? Or are you aware, choose to ignore it since it doesn’t affect you, and want to stay woefully ignorant on the issue? Neither answer is one that you want to hang your hat on. It implies you either lack the intelligence to comprehend what you are watching, or you know and simply don’t want to hear it. What Toonami did last weekend wasn’t political; it was standing up for what was right. A lesson I think many need to re-learn.