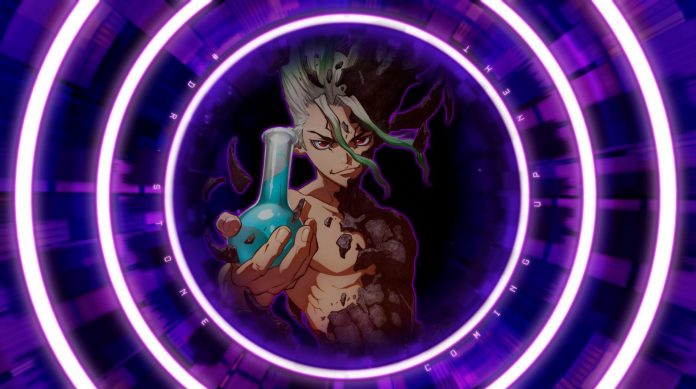 This week, Toonami announced that Dr. Stone would be returning for a repeat performance of its second season following Attack on Titan’s completion of its rerun on Sep. 4.

For those who might have missed the initial airing of the second season, Dr. Stone: Stone Wars follows the major conflict between Senku’s Kingdom of Science vs. Tsukasa’s Empire of Might. Animated by TMS Entertainment, known for their Lupin III franchise, with assistance from 8PAN (known for the newer Fruits Basket anime), Dr. Stone has become well-loved for its high-energy antics and exciting uses of science to produce spectacular results. It is something that fans were “excited” to see when announced.

Modern society is lost when a mysterious light leaves everyone petrified in stone. Thousands of years in the future, super-genius Senku awakens and begins restoring civilization with his Kingdom of Science. Now as he sets down blueprints for a smartphone in the stone world, Tsukasa and his Empire of Might prepare for the upcoming war.

Dr. Stone continues to be a fan-favorite among Toonami fans. Getting a rerun on the iconic block should be a massive boost for fans knowing that this property has been favored by fans and industry folks alike!

How do you feel about the news of Dr. Stone: Stone Wars returning to rerun on Toonami? Tell us on our social media pages or comments down below

Don’t forget to listen to the Toonami Faithful Podcast! With new episodes involving Fena: Pirate Princess and other Toonami topics on Wednesdays and Thursdays!