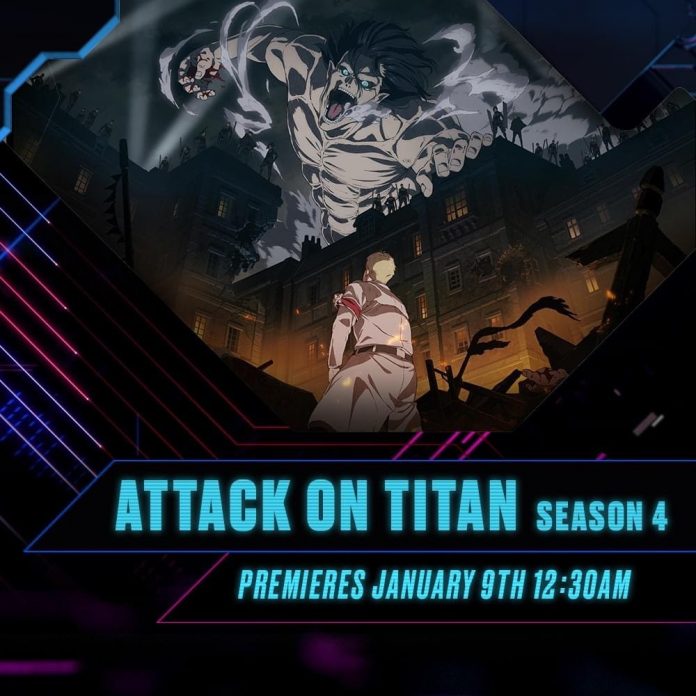 Season Four and the final season of Attack on Titan has been highly anticipated since the trailer was released earlier this year. Four years have passed after learning about the thriving world outside of the walls. The people of the walls also find out the hurtful truth of the world’s opinion and treatment of people who can turn into titans. Fans will get to witness how Eren and the scout regiment decide to move forward with the knowledge of the Pardais Island and its inhabitants being a target. As this astounding series comes to a close, we see if the freedom Eren longed to experience will become a reality. Now Toonami fans will get the chance to see how the story plays out.

If fans need to catch up before Attack on Titan returns to Toonami, I covered Eren’s journey in a piece written for Anime News Network and recited by Jacki Jing.

Let us know your excitement of seeing the final season of Attack on Titan on Toonami in the comments below or our social media pages.