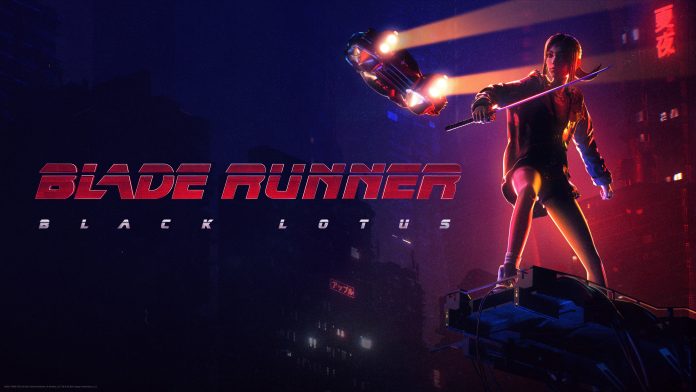 Toonami Faithul had the honor and pleasure to get an early look at the first three episodes of the Toonami Original series, Blade Runner: Black Lotus. Staff writer Varun “VLordGTZ” Gupta delves into what the series did well, how friendly it is for those unfamiliar with Blade Runner, and how Black Lotus matches up so far with other projects!

Blade Runner and its sequel Blade Runner 2049 are easily two of the greatest sci-fi films ever. Their engrossing stories, themes, and visuals have few rivals, and they’ve left a lasting impact on sci-fi across numerous mediums. This makes Blade Runner: Black Lotus (Black Lotus) a fitting addition to the franchise, but it also has the difficult task of upholding its predecessors’ legacies. After having the opportunity to preview the first three episodes of Black Lotus, I can safely say that the series has succeeded in achieving this feat, and its story is brimming with potential.

Black Lotus centers on Elle, a young woman who has lost her memory. As Elle wanders a futuristic Los Angeles with a mysterious device, she recalls fragments of her past life and seeks out the men that have wronged her.

While Black Lotus takes place in the same timeline as previous Blade Runner installments, the series doesn’t require you to be familiar with the franchise. By the end of episode 3, most of Blade Runner’s core concepts are explained to the audience. This is mainly due to Elle’s lost memory, as it serves as a natural justification for her and other characters to directly discuss Blade Runner’s overall world. That said, there are still plenty of nods to the Blade Runner films that long-time fans will appreciate. The aftermath of Black Out appears to have had ramifications on daily life in the city, and the Wallace Corporation has already begun its rise to power. Black Lotus has managed to balance accessibility and fanservice nicely, and I think this will help give it a broad audience. But the fact that this knowledge isn’t needed makes Black Lotus something that die-hard and casual fans can enjoy in different ways!

Similar to Blade Runner 2049, Black Lotus seems to be embracing a more character-driven narrative. The series places heavy emphasis on Elle’s emotions as she grapples with her darkened environment and her existence. As Elle encounters figures from her past, she begins to question whether she’s human or replicant and if her past could be fabricated. While the exploration of humanity is a common theme in Blade Runner, Black Lotus has the advantage of telling Elle’s story across multiple episodes. So far, each episode has provided a new revelation about Elle that reframes her motivations and mindset. I’m happy that Black Lotus is embracing the core ideas of Blade Runner but adapting it to fit with a weekly episode format, and I think this will make it an exciting experience for viewers on Toonami.

While Black Lotus is Elle’s story, the series has a few supporting cast members of note. Doc and Joseph frequently aid Elle. While Doc is a black market dealer with a few instances of comedic relief, Joseph appears to be adept with technology and familiar with the history of replicants. Alani Davis, a new LAPD recruit investigating crime in the city, is also pursuing Elle. Parts of episodes 2 and 3 focus on Davis’ investigation as she attempts to learn more about Elle and her whereabouts. That said, the primary antagonists of the series appear to be Niander Wallace Sr and his son Niander Wallace Jr. Given that Wallace Jr was the antagonist of Blade Runner 2049, it’s interesting to see his younger self in Black Lotus. You can tell that he and his father are at odds, as both have different perspectives on humanity’s future. Wallace Sr seems to have been involved in Elle’s past, but it’s hard to say what that entails. I’m excited to see these characters play more significant roles as the story progresses.

From a production standpoint, Black Lotus is a solid effort. While many anime fans are not keen on CG animation, the team at Sola Digital Arts has created a show that looks visually appealing and takes advantage of the 3D environment. Character models are rarely frozen on screen, and action feels consistently fluid. This is further supported by the show’s lighting and blur effects which help capture the sci-fi aesthetic that Blade Runner is known for having. Black Lotus looks and feels like Blade Runner, a difficult feat to achieve in any medium. Still, it’s far from perfect. Due to the constant idle movement of the characters, there’s occasionally a sense of weightlessness to the animation. While it didn’t dramatically hurt my viewing, I was briefly distracted from what was actually going on in the show. Overall, this is a relatively minor nitpick for me, and you can tell that Sola Digital Arts has dramatically improved since their time on Ultraman and Ghost in the Shell: SAC_2045.

I was incredibly impressed by the music in Black Lotus as well. The various tracks in the show emulate the ambient sound design of the films. Through the first three episodes, Black Lotus often uses a combination of melodic notes and synthesizer sounds to shift the tone in a scene dynamically. The final fight of episode 1 encapsulates this perfectly, as we hear the synthesizer become heavier as Elle nears her foes and the pressure for the upcoming battle builds. Subsequently, once she encounters her enemies, the entire track fades to silence, representing the climax of the tension. This attention to detail helps Black Lotus feel like a genuine Blade Runner experience while also remaining unique among other animated sci-fi media.

The voice acting in Black Lotus is also commendable. Jessica Henwick, in particular, does a great job as Elle, capturing her complex emotional state as she grapples with her past. The other standout for me was Wes Bently as Niander Wallace Jr, who encapsulates the cool and collected personality that Wallace Jr is recognized for in Blade Runner. None of the castings feel out of place, and it left an overall positive impression on me.

Black Lotus has given me what I wanted from a Blade Runner anime. The character-driven storytelling feels like a natural iteration of what Blade Runner has done before, and the show’s visuals and sound design retain the franchise’s iconic qualities. But even if you’re not a Blade Runner fan, I think Black Lotus is still worth your time because of how compelling it is. I’ll be eagerly watching this show every week on Toonami, and I hope to see you all there!