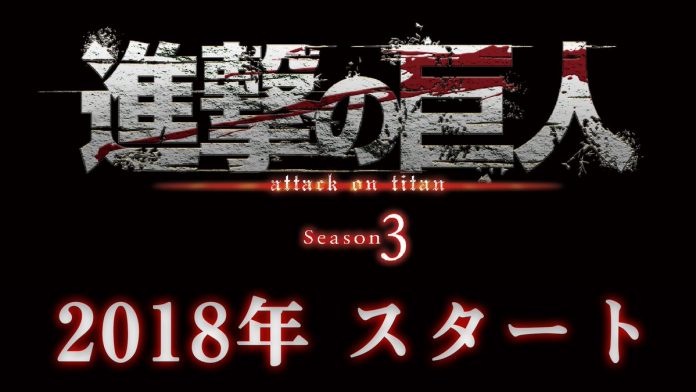 Following the broadcast of the Attack on Titan season 2 finale in Japan, it has been announced that a third season of the series is confirmed to be in production, set for release sometime next year.

As of this writing, Toonami will be premiering the broadcast dub of Episode 33 (Episode 8 of the season) tonight at 12:30am, with the season finale set to air on July 15th. It is presently unknown if Funimation will be creating a broadcast dub for the upcoming season as was done with season 2 or if Toonami will be renewing the series for season 3, but we’ll keep you posted.

As with all Toonami shows, if you do wish to see Attack on Titan renewed for a third season on the block, we do recommend that you continue watching the show and giving your support to Toonami overall and to send your show recommendations to their Facebook and Tumblr message boxes.

What are your thoughts on the recent news? Let us know by commenting below or directly on our social media.