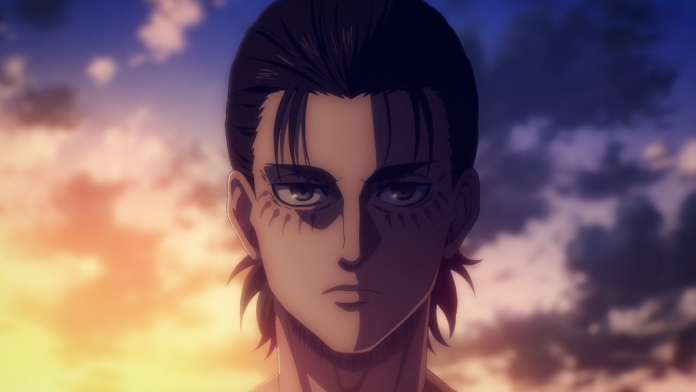 With previous seasons setting the bar in the stratosphere, the final season of Attack on Titan premiered on Toonami a month after its debut in Japan. But, it was an honor for Toonami to be the first place for English dubbed episodes; not having to wait for the season to end before was a treat. Hopefully this trend can continue, after all it could lead to an increase in viewership. Fans were in a frenzy, either catching up on the latest episode or rewatching previous seasons to get ready for the final story arc. Attack on Titan gave fans everything, and it showed during its debut run on the block.

The final season takes place four years after the third, where we discover what’s in Eren’s basement: his father’s journals detailing humanity’s existence outside the walls. Another discovery is the people on the island belong to a race who can turn into titans called Eldians, who the world fears. However, titans are the least of their worries as humans are the greatest threat to Eren and the people of Paradis Island. The final season turned Eren from a sympathetic protagonist who wanted to kill every titan to a diabolical antagonist, shocking viewers with his sudden character change. Eren, along with his brother Zeke and Jaegar fanatic Yelena, devise an elaborate two-part plan to save the world. First, they planned to use the power of the Founding Titan to activate the rumbling to deter enemy nations from invading the island and hopefully change the bodies of Eldians to prevent children from being born (Zeke’s euthanization plan). Part one of the final season left us with a nail-biting cliffhanger as Marley attacked Paradis Island in retaliation for Eren and the Scouting Regiment, destroying the city of Liberio.

Fans were anticipating when this season would eventually air on Toonami since the block typically finishes a series once it’s been on the block. And for someone like myself who was completely caught up in the story, I found the reactions to big moments to be such a delight! From Eren’s heel turn, to Sasha’s untimely death, there were so many moments that made Toonami viewers react in a big way (which I find to be a huge strength of the block as a whole). It was especially funny (in a sick twisted way) that Toonami fans had to watch Sasha’s death twice in a row due to delays in recording. So much pain.

During its run on Toonami, I wrote weekly reviews digging into the elements of each episode and giving props to standout performances of the English dub cast. Toonami Faithful rarely do weekly reviews (mostly because recently, many of the series have already been discussed by other outlets), but this season of Attack on Titan deserved a closer look, especially since Toonami fans would be seeing the English dub first! The dub cast deserves huge praise for their performances, while recording at home during the pandemic. A fact that might be lost on some as time moves forward. And while the original cast of Attack on Titan was a huge strength, the new additions of actors and actresses like Zeno Robinson (Onyankopon), Anairis Quiñones (Yelena), and Megan Shipman (Sasha) delivered making their performances even more spectacular (it’s important to note that Shipman is not the original voice of Sasha, so having her cast for such a monumental moment could not have been easy and deserves high remarks for her ability). I hope to hear more of Shipman’s role of Sasha in flashbacks, and I look forward to Robinson and Quiñones continuing to crush it when the next part of the season makes its debut. Other sites, such as Anime News Network, hosted weekly live shows discussing each episode so, Attack on Titan content was plentiful, and it shows how the series has the attention of audiences worldwide.

Along with weekly reviews, the Toonami Faithful podcast dedicated two episodes to discuss this season, which is where I made my podcast debut! Being on a podcast for the first time was intimidating with a million thoughts going through my head (will my Alabama accent jump out and become unbearable for listeners?), but I was able to get into the groove to provide commentary for my colleagues. It was fitting for my first appearance to be all about Attack on Titan since it’s one of my favorite anime series.

However, despite how massively popular the series is, there are a few head scratching creative decisions that haven’t left the property unscaved. On one of the podcasts discussing Attack on Titan, our Editor-in-Chief CJ Maffris gave an astounding monologue of how this season’s mirroring of historical events has tainted his overall view of the series (and he isn’t alone in this either). The imagery of armbands with stars identifying Eldians and being called “devils” hit close to home to the treatment of Jewish people during World War II. Releasing a gas mist of Zeke’s spinal fluid in Connie’s village of Ragako was blatantly similar to gas chambers used to kill Jewish people, which made watching uncomfortable. And I’m thankful that we have a team at Toonami Faithful that isn’t afraid to discuss subjects like this. It led me to wonder (as well as my colleagues), was any of it necessary? The imagery made me cringe several times as I became familiar with similarities to historical events to where I felt bad for calling Attack on Titan my favorite anime series (to which he would reassure everyone that liking Attack on Titan doesn’t make them bad people). CJ elegantly describes the series as “pre-basement” and “post-basement” which is as close to perfection as anyone can get discussing Attack on Titan, and how he (and possibly others who share his feelings) separate when the problems are more glaring than before.

At the end of what people believed to be the final episode in Japan, a trailer released later this year announcing the next episode of Attack on Titan premiering in winter 2022. A new visual for the next part of Attack on Titan was released this past weekend during MAPPA Stage 2021, celebrating its tenth anniversary. Fans erupted in excitement to see this series’ continuation in hopes of receiving a proper ending. With mixed opinions of how the manga ended, it will be interesting to see if the anime will continue to adapt from the source material. We’ll see if Eren and Zeke’s plan can move forward with their plan to save the world. I’m excited to know the anime will continue, and I hope to continue my reviews when/if the series finishes its run on Toonami!