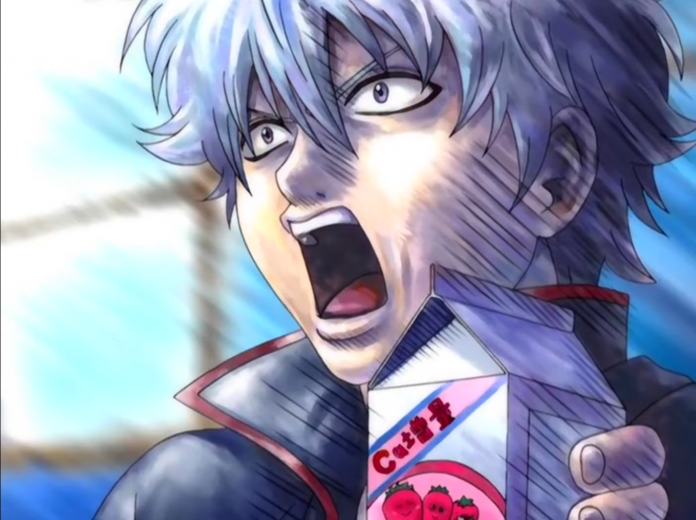 Many were told that an English dub for Gintama was not feasible. It’s too reference-heavy, too Japanese, and will have a difficult time connecting with a fan base in other countries. Yet thanks to the partnership between Crunchyroll and FUNimation, it can now be heard in English. I can only imagine how daunting of a project this was, to not only translate and make sense of all the jokes Gintama throws at you, but to voice iconic characters who many fans in the West have heard in Japanese for a long time. Gintama isn’t just another anime series, it’s a premier one, and that puts the spotlight on every decision that is made. Did it do justice to what I think might be the funniest anime in existence, or will Gintama continue to have a hard time gaining a large fan base in the U.S.?

I can’t believe I worked on the Gintama dub 2 years ago and it’s finally coming out this year. Gintama is one of my favorite anime and it was incredible to be able to pick the VAs and help with the scripts for the first 20+eps ^^)/ pic.twitter.com/rJ7FI3PW7l

A big hurdle that this release already faces is that it does not start at episode one. Instead, the powers that be were forced to begin at episode 266 (right at the beginning of season three). I have no information why this is the case, and this has to make Gintama fans feel a little down. Much like what plagued One Piece on Toonami, having the starting point at episode 266 can make fans who aren’t familiar with this series pass on it. And with it starting at that episode, detractors have a ready excuse should they be on the fence about investing time in Gintama. Everything could work out ideally, but you might feel that if it doesn’t start at episode one, what’s the point in watching it? You wouldn’t know where the story is or where it’s going.

We know Gintama fans probably have a lot of questions about this. Currently we only have the rights to these episodes at this time. The first half, episodes 266-291, are hitting Blu-ray/DVD March 27. This release has sub AND dub streaming on FunimationNow https://t.co/KWjTyMxVZu

But what’s nice about Gintama is that you don’t exactly need to be up to date to understand everything. I wouldn’t suggest doing what I did and jump back in (I stopped in the 80’s a while ago), but it didn’t feel awkward to watch. There were some characters and story arcs I had to research (such as Tsukuyo and Kyubei), but it didn’t take away my enjoyment of the series. It might be different for those who have never seen any episodes, as it might be difficult to grasp the entire plot. But there aren’t a lot of storylines from past arcs that are essential to understanding the episodes we are given.

When it comes down to it, all fans do is watch our central trio (Gintoki, Shinpachi, and Kagura) work as a part of Odd Jobs (which makes breaking down the release a little tricky). We watch Odd Jobs in various arcs, and most are typically comical. We follow the story from the Frozen Time Arc to the Kaientai Arc, which is all the Gintama experience is: watching Gintoki get involved in some silly scheme that could have major stakes involved. In some of these arcs it’s important to know information ahead of time, such as how Sakamoto and Mutsu became business partners (as well as who Mutsu is). Or how fans get a glimpse of Gintoki’s past life in the Shinigami arc. But for someone like myself who isn’t as up to date as other Gintama fans, I still found value in these arcs and had fun accordingly.

As I do with all comedy, I worry about if the jokes hit their mark (especially when a comedy is reference-heavy). For example, Gintama began with reference to a press conference that was held by politician Ryutaro Nonomura, something I think many Western fans wouldn’t be privy to. This series contains reference humor that anime fans might or might not know about throughout these 25 episodes (especially with how heavy it is with Weekly Shonen Jump gags. But what makes Gintama stand out is that even with all the references, it still makes me laugh hysterically. This series does a fantastic job at being funny, whether it be from reference humor or just adding in their own jokes. I couldn’t have laughed harder when Shinpachi was docking Takizawa points on his retorts and ended up puking in the process. Or when time froze, and Gintoki ended up making a new character from a sound effect. I also found the EarthBound poster bit one of the funnier moments in this release, and I know next to nothing about it. Gintama does something that I don’t think any other show does in making people laugh. It’s a rarity and makes this show one of the best out there.

My favorite arcs in this release included the Dekobokko, Frozen Time, and the Shinigami arcs. I tend to enjoy Gintama the most when things get serious, especially during the Shinigami arc. Having some seriousness floating around in Gintama makes me want to watch more of the show. In the Shinigami arc, we find out that Gintoki was a criminal from his past exploits in the war, and was released by a well-known executioner called the “Yaemon.” A student of the Yaemon (who let Gintoki escape) started to murder the convicts that were released and wants to put all the blame for the murders on a female student. It gave some backstory to what Gintoki was like before the events of Gintama began and how he was a part of the life of the Yaemon and the female student who was with the executioner.

Despite my enjoyment of the serious arcs, the funny ones had me dying of laughter. Seeing all the characters change their gender was funny, especially when Otae was mad about the bodies of Kondo and Gintoki were given (both looking like bombshells). Plus, Shinpachi being considered female as well as Hijikata appearing for the first time were both great jokes. It was pure genius, and watching Gintoki act more feminine gave me something I never thought I’d see in Gintama. And fans are treated with the Frozen Time Arc at the start of the release. It was funny seeing the consequences of what the central trio did while time stopped. Pulling off people’s arms and putting new ones on, killing characters left and right, and having Otae marry a sound effect all had me laughing uncontrollably. As a humorous title, it does not disappoint.

With the Crunchyroll and FUNimation partnership, you would probably assume that we’d be dealing with actors in Texas. However, Crunchyroll commissioned the help of Ocean Studios in Canada to deliver the English dub of Gintama. I’ve heard rumors that they wanted to dub this and give it all that they had. I appreciate that kind of resolve, because tackling a series like this can be daunting. I commend the job the Ocean Studios did with the series, but it wasn’t perfect. Some of the female voices sounded too similar, and left me confused about who was talking at times, and other than the central trio, the cast sounded stiff. If each actor could have had more time with their character, I think things would be different. Playing a bit character in Gintama at episode 266 seems a bit unfair, making it almost impossible to sound perfect.

My main issue is that I’m so used to the Japanese voices that I had unrealistic expectations of how the characters should sound. I don’t think the casting was terrible, and I liked many of the voices. I felt that the principal characters in Gintama were cast perfectly, with Michael Daingerfield (Gintoki), Cole Howard (Shinpachi), and Jocelyne Loewen (Kagura). They did a great job shouldering the load. It took time for me to get used to hearing the characters in English, and that’s something that I don’t think Gintama can afford. It was clear there was going to be inevitable growing pains in voicing these characters. I hate to single anyone out, but when I talk about getting used to a role to develop a better style, I look at Andrew Francis’ performance with Sakamoto. The “laugh” that Sakamoto is known for was the worst sounding things I ever heard. It sounded so unnatural that it made me cringe every time I heard it. Hopefully, things change given more time to develop a better delivery of Sakamoto’s laugh.

Throughout the release, there were weird audio levels when characters would sound louder than others or some would sound crisper. It was strange, and led to headaches figuring out what volume I should set on my television. I’m not sure if it is an issue with my TV or the sound levels within the anime itself, but it was something I’d keep an eye on for future releases.

The release comes in a standard Blu-ray case with a cardboard slipcover. Since it contains 26 episodes, the case is a bit bulkier than FUNimation’s usual products. There are three Blu-ray discs and four DVDs and comes with nothing but trailers (for other releases) as extras. I would’ve loved some behind-the-scenes stuff, considering it’s a studio that U.S. fans don’t get to hear very often. However, that might be in store with later releases down the road.

If you are a fan of Gintama and want more of the series to be dubbed, then it’s imperative that you pick up a copy of this release. If you aren’t a fan of the English voices, you can switch the audio to hear it in Japanese. But Gintama is one of the more humorous anime series and the jokes translate pretty well. If you read a lot of Weekly Shonen Jump or have immersed yourself in Japan’s culture, you’ll enjoy this. You might still find Gintama funny even if you know next to nothing about the jokes it references. It’s comedy at its peak, and that makes Gintama an easy pick up for those who want something a little different.

two episodes into the gintama dub. i approve and hereby request that they dub the other 250+ episodes

Pros: No matter the language, the jokes are still funny; great to hear the series in English, especially the main trio; animation does look better in season three.

Cons: Starts at episode 266 instead of one; might need to get use to the English voices; Sakamoto’s laugh in English; odd audio levels of characters; many female characters sounding too similar.