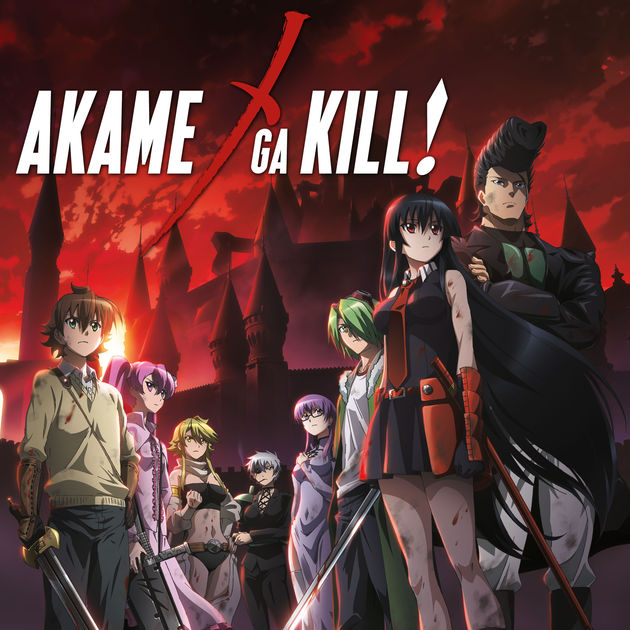 Looking back at Akame ga Kill’s time on Toonami, it”s something for the record books. It had the best premiere of any Toonami series and was the first ever Sentai Filmworks show to air on Toonami. That year in particular (2016) has been viewed as the “Golden Time” of this run on Adult Swim. That isn’t the say that this show was beloved, because it was pretty split between the Toonami fandom on whether it was a show worth investing in or not. Recreating the type of drama you’d expect for Sword Art Online, along with the huge premiere it had, created a perfect storm, giving this series the best chance to make an impression.

When someone says they haven't seen Akame ga Kill yet

For those who missed Akame ga Kill, our main hero Tatsumi travels to the capital to try and earn money to help his village. He is accompanied by two other friends (who have the same mission as him), but they end up getting separated. Tatsumi reaches the capital, where he finds out that it’s hard to earn a lot of money quickly, and loses everything he has to a beautiful girl at a bar. Strangely enough, some wealthy benefactors notice Tatsumi and ask if he’d like to stay with them and work as a bodyguard (which he agrees to). However, during the night the people Tatsumi is protecting get ambushed by the notorious gang of thieves, Night Raid. Tatsumi tries to stop the assassination but is quickly defeated by Night Raid’s own Akame. Akame, not wanting to spill unnecessary blood, informs Tatsumi about how awful the benefactors he’s protecting are and how they murdered many innocent lives. Tatsumi later finds the two friends that he was separated from and sees that they have been brutally tortured and then killed. Tatsumi, without hesitation, kills his employers and is taken in by Night Raid, where he finds out that life in the capital is not as good as the rich make it out to be. Tatsumi joins Night Raid to help those in need and to change the capital for the better.

Two things grabbed me when watching Akame ga Kill for the first time. One is the trope I tend to enjoy where a king, ruler, etc. are dirty and it’s up to rebels to bring justice to their world. Much like One Piece (the World Government), Akame ga Kill will give viewers a similar feel, where it is up to Night Raid to create peace. And what makes it better is that Night Raid decides to go down a path that isn’t as honorable by murdering their targets. As despicable as their targets are, every member of Night Raid realizes that what they are doing isn’t pretty. They don’t try to disguise what they are doing as a “noble” cause (which turns into quite a nice speech by the members of Night Raid). Akame ga Kill doesn’t hide behind any justification and gives the message that killing is wrong no matter what the reason. It’s both good and bad, because there are some great deaths to villains in Akame ga Kill, which should give viewers a sense of satisfaction unlike anything else. But that also makes the line between right and wrong blurrier, which can lead to some questionable choices fans might have to make down the line.

Akame ga Kill is a decent anime if you’re looking for strong and capable female characters. For my money, the most influential personalities in this show were all women (Akame, Leone, Najenda, and Esdeath, for example). Like Fairy Tail, I find that a lot of the female characters are capable, at times more capable than their male counterparts. Tatsumi shows promise and is a force in his own right. But he doesn’t instill fear in his opponents as Akame and Esdeath do. The only problem is that like Fairy Tail; the fanservice gets in the way. There are times when you see the girls in swimsuits, which didn’t seem necessary. Plus, seeing Esdeath with the fetishes she has (and fulfills) only adds to the headaches that many viewers get with anime. It compromises their character or turns them into eye candy (instead of having the spotlight on something better). I do give Akame ga Kill credit, because as warriors, I take these ladies seriously, more than anyone else. But I would have loved it if the fanservice was either toned down or non-existent.

Akame ga Kill’s best assets are the fighting sequences throughout the entire show. I like the fact that battles have a clear winner and loser, with the loser dying. Whether it be the villains or heroes, no one was safe, giving every fight a sense of suspense. I liked that because it made the battles more memorable and meaningful. Yet the animation in the fights always left me feeling great. They looked smooth and wonderful to watch every time. Most memorable for me was the battle where Sheele faced off against Seryu and the big battle between Night Raid and the Jeagers. The musical score that pops up from time to time in critical moments also adds a great touch in making Akame ga Kill one of the better animes when dealing with action.

The biggest elephant in the room is how the anime deviated from the source material, since it caught up to where the author left out. Akame ga Kill wasn’t close to finishing, and since a new chapter came out monthly, it led to the anime making its own “ending” to the series. I wouldn’t say it was terrible, considering the guts it took to kill off Tatsumi. Just knowing what I do about how the story progressed and how characters died made me feel robbed of what could have been a more memorable ending. Instead, everyone just gets wiped out, leaving only Akame and Najenda alive. We don’t get to see the Prime Minster Honest’s son’s group “Wild Hunt” get to face off against the remnants of Night Raid. Fans don’t get to see the romantic relationship between Wave and Kurumi develop, which I enjoyed. Fans also are given false hope about who lives in the source material and who dies.

For whatever reason, fans were given a more open-ended conclusion. As Akame fight adversaries it made me wonder, is there a Season Two in the works? The author is working on another manga that has a character that looks like Akame in it. I’d much rather see Akame ga Kill go the same route as Full Metal Alchemist and get another series that will be more faithful to the manga. I think giving that to fans of Akame ga Kill would make up a lot of the gripes I’ve heard about it. I’m not one for saying “stick to the manga”, but I did find that ending much more enjoyable than what we got in the anime.

Sentai Filmworks deserves a lot of credit for the dub they produced for the series. It isn’t my favorite, but I didn’t find it to be terrible. I enjoyed hearing Molly Searcy nail the soft-toned Akame, especially during her more vulnerable moments. I thought Searcy did the character justice, particularly at first, when you assume Akame is a strong, silent type of character with no emotions. Instead, the more you watch, the more you see all the colorful emotions she has to offer. I also couldn’t wait to hear Allison Keith as Leone, who was easily my favorite character. The gravelly tone of her voice matched how I expected Leone to sound. It made her more imposing, which Leone should be, since she kills targets with her bare hands. And Christine Auten as Esdeath sent chills down my spine. She was amazing and I loved how she portrayed the sadistic and psychotic character without sounding fake. She nailed every aspect of the role, and brought her character to life (which is scary). While those three stood out the most, I look fondly on nearly everyone’s performance; Sentai Filmworks brought a lot of great talent to voice this series. I wasn’t a huge fan of Adam Noble’s performance as Syura, which came off a bit cartoonish to me. That isn’t to say I put all the blame on him or even the director, but I cringed a bit when I heard him. Later on it wasn’t as glaring as when I first listened to him; however, it did feel a bit off.

In this release, you get all the episodes on three discs in a standard Blu-ray case. There are extras, including the “AkaKill! Theater” which are little shorts that add to the lore of the anime. I found them to be super enjoyable and think they are a great extra for fans who buy the home media release.

Overall, I put Akame ga Kill in a weird place in Toonami history. I liked the show a ton and had a blast seeing the first ever Sentai Filmworks show make it on the block. I was pleased that it was such a ratings hit at the time when the traditional rating numbers mattered more. It did well and got a lot of people to watch and talk about it. But I took issue with the fanservice of their female characters and did not enjoy the ending of the series. So I leave Akame ga Kill with mixed feelings. But I enjoyed it and love the fact that this series (along with Parasyte) brought more attention to Sentai Filmworks to the Toonami fan base.

Cons: Too much fanservice; anime only ending that was open-ended and rushed.