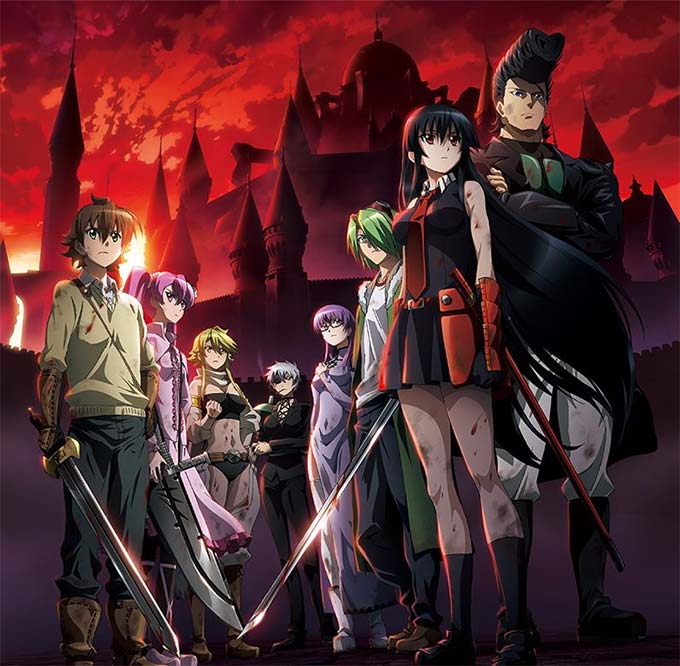 If there is something I will never understand, it’s when someone dislikes a show, but still watches it regularly. Thus said fan decides rant about why the show they dislike is bad to the rest of the “world” (via social media). As some would call this practice”hate-watching”, I do believe that Toonami has a new show that has gained more and more vitriol from fans as of late. The show I’m talking about is Akame ga Kill, which has exploded on the scene when it first arrived to the action block. It constantly has over a million total viewers, and just recently had a marathon run during Halloween weekend. However, I’ve noticed quite a bit of hate aim at the assassins of Night Raid, now that the show has move forward from it’s premier. It reminds me of another show which was popularizing in it’s own right. It was a show that graced Toonami’s airwaves earlier in it’s revival called Sword Art Online.

I’m sure many readers cringed after the mere mention of that show. As many know, just saying the words Sword Art Online together (or letters SAO), can cause some anime fans to go bonkers. Just like John Cena in the WWE and New England Patriots in the NFL, SAO has become the most polarizing series to enter the anime world. While it had/has astounding commercial success (two anime seasons, video games, a couple of light novel series, and a movie), it will never have an approval rating of a hundred percent among the anime fan base (or even a high approval rating). Funny thing is, it doesn’t need to be beloved by all to be a major success story. It certainly can cause fans to get into heated arguments about the overall merits of the franchise as a whole, which can be fun to debate when constructive. People love to hate it due to it’s flaws, but some (like myself) were able to look past its issues to simply be entertained. I’m starting to get a vibe that Akame ga Kill is slowly turning into that kind of show currently on the action block.

Now I’m sure Sentai Filmworks and the original creators of the manga series (Takahiro & Tetsuya Tashiro) would love for Akame ga Kill to become the next SAO. That would mean that AGK has become a huge hit overseas, and quiet possibly in other parts of the world too. Sure, it would be nice to be more beloved like Dragon Ball Z or Cowboy Bebop (just to name a few) to have a better long lasting legacy. However, not all series are created equally. So the creators can only do so much to make sure a show is as good as they can make it.

Akame ga Kill isn’t a perfect show by any means. However, I found it more entertaining than others when it came to watching the cool fights, solid humor, and sweet voice acting. It’s a fun series that looks to be ramping up, as viewers are headed into the second half of the season. So what makes this show less enjoyable to watch than others on the action block? For starters, I think a lot of the angst against the show started back when it received a marathon. Fans still seem to want movies, or just wanted new content (especially since Toonami had an extra hour to play with thanks to Daylight Savings Time). Instead, viewers were given a break from anything new to recap what others might have missed when an episode first aired. With Akame ga Kill airing for as long as it did during that Saturday, I think it made fans more aware of the flaws that the show had. So more negative tweets were flying around on social media, since that marathon aired. The more chances fans got to see the series, it allowed them time to analyze it more (and notice some issues).

What seemed to be the biggest complaint that I noticed on social media, was about that the characters of AGK. Some believe the main cast comes off bland or uninteresting. That might not be a fair assesment for some (since Sheele died quickly), but I can see where some fans wouldn’t have a serious attachment with the cast (basing it solely on the anime). The archetypes for the characters are pretty standard for anime shows: with Tatsumi (being the young innocent assassin with loads of potential), Akame (the seasoned veteran who holds all of her emotions in), and Esdeath (fanservice character, also an ultimate badass). So for some viewers, this series might seem like a recycled series that many hardcore fans have seen over and over.

For Akame ga Kill to be a huge success, it has to gain more of a following due to fans becoming emotionally attached to the characters. If the characters fail to capture an audience then no one will care if they die. Sure people enjoy watching for the action scenes and sexy ladies (or sexy men like Bulat), but the main attraction for this show is survival. Wondering which of your favorite characters will survive, is a huge reason why franchise like “The Future Diary” and “Danganropa” were well received by fans. Viewers need to find a character they like as they are watching, then realize that not everyone is going to make it out alive (adding drama/tension), and continue to watch to see if their favorite character ultimately prevails (or how they die). It seems as if Akame ga Kill doesn’t exactly play up the survival aspect of this show right now, and can make the story as a whole seem boring.

So if the characters aren’t gaining any emotional attachment, then the story will have to pick up the slack to keep viewers hooked. However, I find the plot of Akame ga Kill one of the weaker aspects of the entire series. Breaking down the story fans see that there’s an evil man in a position of power, and he oppresses the citizens all around the kingdom. So the assassins of Night Raid (and the Revolutionary Army) want to rid the empire of evil, to make life easier for everyday people. It’s the same old story veteran anime fans are used to seeing. The very thing that should be protecting ordinary citizens turn evil, and those labeled as criminals have to save the day (One Piece, Bleach, Attack on Titan just to name a few off the top of my head).

Other than a simple plot given by the series, fans haven’t been given much background to this in the world of Akame ga Kill. When viewing, it doesn’t feel as if the show takes you on a journey. That could change if fans were treated to a few more flashbacks involving the entire world. I want to know why the Prime Minster became such an evil person, or given more insight as to how Akame (and other Night Raid members) arrived to where she is (Akame ga Kill Zero) which would help gain more interest. Fans were treated to some interesting backstory with Sheele and Bulat back in the earlier parts of the series, but it felt like it was explained too quickly. I wouldn’t have minded if the episodes were stretched out a bit so we could see how Bulat was during the empire, or even how Sheele began to cope about how good she is at killing. It felt like fans were personally robbed from actually enjoying the story, and connecting better with those two characters in particular. So instead of the plot enriching fans from complicated and tragic backstories, they recieve a breakneck pace where it seems like everything is going 100 miles per hour. That kind of pace can ruin any kind of plot development (moving to fast to allow things to feel organic), and is probably why the plot feels too plain when dealing with the series.

Finally the script didn’t help much with fans, especially with the character voiced by Chris Ayers (Three Beasts member Daidara). When dealing with Daidara, there were too many video game references. It makes the whole show making it seem more trivial than it intends to be. People are dying as well as all the misery that citizens deal with, and some characters want to kill just to level up? It certainly sounded lame, and did not belong in a world where video games aren’t  even in existence! It bothered me a lot and certainly made fans hate listening to it. That isn’t on Sentai Filmworks or the script writers for the English dub thought. That’s how Daidara talked in the Japanese version, so the blame for that is squarely on the author.

This isn’t to say that I think Akame ga Kill is a bad show, because it isn’t. I personally find it very entertaining, with its superb choreograph when it comes to their fights. To me the fighting is the main selling point for the series. I certainly found the characters more endearing than some fans, and I’m very excited to see where the new characters Chelsea and Susanoo take us. Plus I find the survival story interesting with who lives or who dies. What I like about this show is that I don’t feel as if Tatsumi or Akame is off limits when it comes to dying. Usually when I watch a survival show I get bored when I feel as if none of the characters are in any legitimate danger. Akame is skilled, but I certainly believe she has a solid chance of dying (and not just her). For me, after seeing Bulat die, there aren’t any characters that I feel will be saved by “plot armor”.

No one has to have the same opinion on Akame ga Kill, but I’m certainly not a fan of “hate watching” it. If you personally cannot stand the show, then don’t hurt yourself by watching it. I’m not blind to the fact that it has it’s flaws, but I am able to look past those issues and hope others who normally complain about the series can do from now on. Akame ga Kill simply is meant to entertain considering it isn’t a story driven series. It’s about the characters, the fights, the ladies, and the assassinations. Yet people will continue to watch and shout at the top of their lungs about how awful it is. I’d just rather use that energy be spent more constructively, and let the show do what it intended to do for viewers.

C.J Maffris is an editorial writer for Toonamifaithful.com. He enjoys a good assassination as the next person, especially if he becomes Leone’s target. Feel free to debate anything about Akame ga Kill on Twitter @SeaJayMaffris