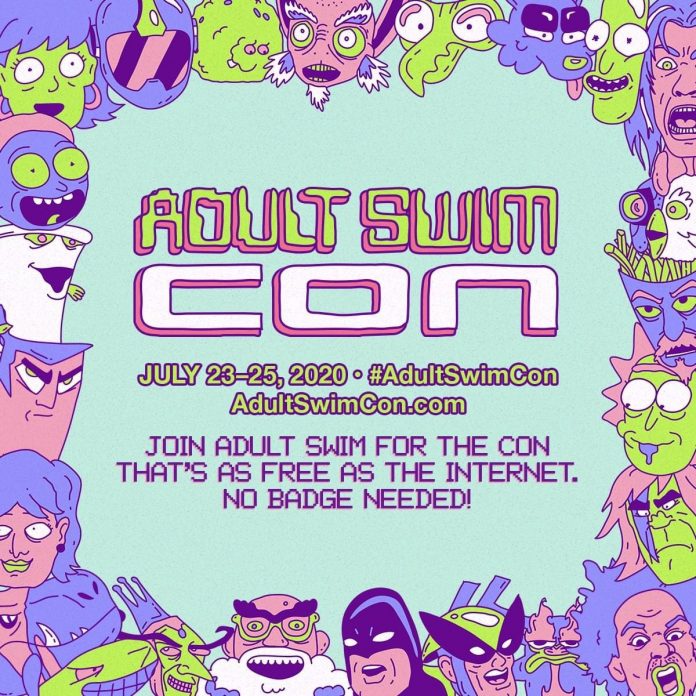 On Thursday, Jason DeMarco announced on Twitter to inform fans of Adult Swim that they are having a virtual convention for July of this year.

Due to the COVID-19 pandemic, many conventions have been postponed or canceled. Toonami has felt the pandemic’s effects with Anime Expo, San Diego Comic-Con, and MomoCon, all canceling their 2020 events (conventions the group typically attends). So to give something back to fans all over, Adult Swim decided to join in what other companies have been doing (FUNimation, Aniplex USA, etc.) and bring a virtual convention to a house near you.

In his tweet, DeMarco mentions that the events on Saturday will be necessary for Toonami fans to watch. They’ll be showcasing information and interviews involving Uzumaki and Blade Runner: Black Lotus. And that there might be some upcoming show announcements. All of us at Toonami Faithful aren’t sure if those announcements will be about new properties coming to the block or a timetable on when Uzumaki and Blade Runner: Black Lotus will join the block. What will be happening on the other days hasn’t been mentioned as of this writing.

It’s also important to note that earlier in July, Jason DeMarco will be one of the panelists for the Production I.G. panel at Anime Expo Lite (the online version of the popular anime convention). So there might be a sneak preview about franchise coming to Toonami during that event. Toonami Faithful will continue to monitor and report any new developments.

Update: A fan reached out to Jason DeMarco on Twitter if there would be any Toonami news at Anime Expo Lite. Sadly, that won’t be case per DeMarco’s tweet.

What do you think about Adult Swim holding its own convention? Do you plan to watch? Tell us on our social media pages or in the comments below!