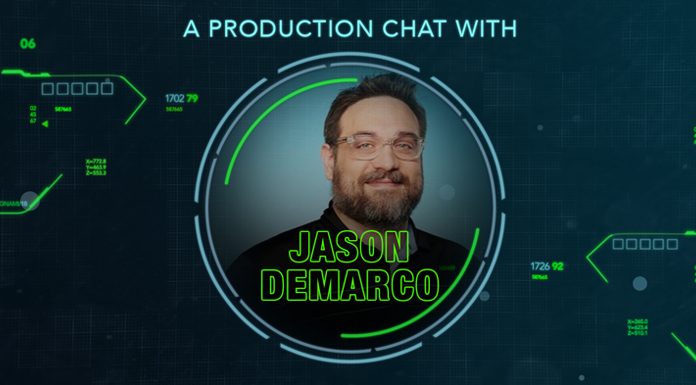 Being a Toonami Faithful usually means you are passionate about the block. For me, I’ve always leaned more towards the production aspect than programming when it comes to what grabs my attention. I was ecstatic to finally get the opportunity to have my very first interview with the SVP/Creative Director On-Air for Adult Swim, Jason DeMarco to discuss all kinds of topics geared about the production of the block we know and love.

How did you guys get Brian Burton to compose music for the network? 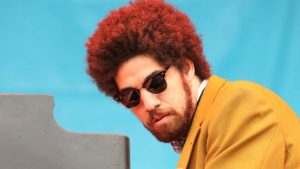 Jason DeMarco: While looking for artists to commission original music from in the 90s, I ran across a “Pelican City” CD at a local ATL record store. Brian Burton was the composer, so I reached out to him and asked him about creating beats. From there, He made about 40-50 songs for us over a period of about three years.

What are your favorite tracks that were composed?
DeMarco: Honestly, I don’t remember the names of any of the tracks Brian sent, because his naming conventions were so generic!! I have favorites, but I only know them by listening.

Any plans for a new Toonami mixtape? It’s been quite some time since we’ve last had a curated mix.

DeMarco: Nothing is planned for the immediate future, but we will definitely make another megamix!

Like how you used to do with tumblr before you were banned, could you post the music IDs for the packaging on Facebook? Could you also have the IDs in the description for spots as well?

DeMarco: That’s a lot of effort for our very small team, but we will certainly take your ask into consideration.

Why did the Absolution get a facelift back in 2000? 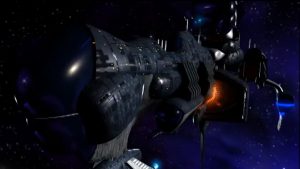 DeMarco: Generally every “facelift” for the Absolution happened because Sean Akins or I would get bored with the look, and wanted to keep things fresh.

How did the facelift from 2003 come about? 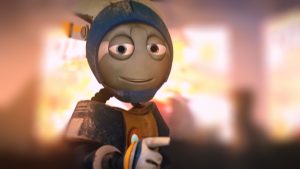 DeMarco: The creation of TOM 4 was driven entirely by Sean Akins’ feelings that we needed to shake up the format of Toonami. He felt technology had progressed to the point where we could have weekly CGI updates that featured characters with lip sync. He also felt that Toonami was losing touch with the younger viewers that represented the core Cartoon Network demo and that we should “age down” our hosts. TOM 5 was, for us, an attempt to return to the more classic TOM look, while updating and changing his chassis enough to make him “new.”

What happened with TOM 3/3.5? Is he still roaming around?

DeMarco: He’s out there somewhere!

Who did the CGI for the block pre-intruder 2 episode 7?

DeMarco: That was mostly done by a fella who used to work on staff creating CGI for us. He now works for a major animation studio.

Could it be my rose-tinted goggles, or did the block’s CGI have more color variety
back in the day? 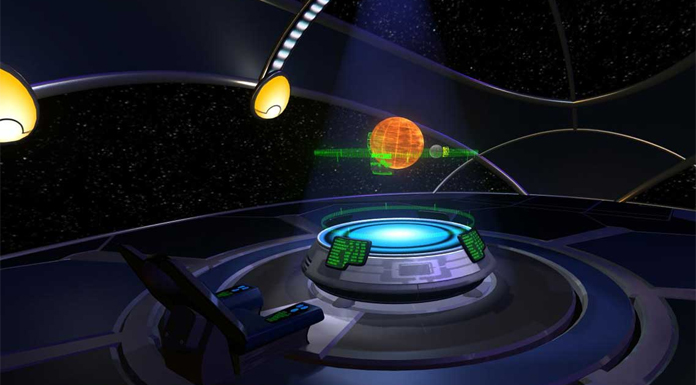 What are some of the most challenging aspects when creating a new story for a TIE?

DeMarco: The most challenging aspect is always budget. We try to create these TIEs with a clear goal in mind- updating the look of the block- and then figure out an interesting way to get there. However, we are always constrained by time and money. So it’s a lot of problem solving around how we tell an interesting story that doesn’t break the budget or take too long to make!

What’s your favorite era of Toonami in terms of packaging and CGI?

Who did the “pipes” look for the 20th anniversary packaging? 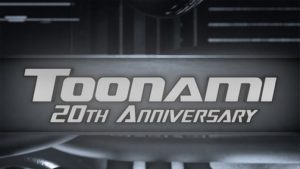 DeMarco: We actually had the project files and went to the person who created them originally, and he was gracious enough to update them for us!

Should I assume the block’s CGI is finalized, post-Forge?

DeMarco: Nothing is final until it hits the air.

Overall, Jason was able to answer a lot of questions, leaving me satisfied. Hopefully, this interview helped shed some light on the inner workings when it comes to the production side of things. While I’ve briefly spoken with him in the past, I’ve never had the opportunity to sit down and discuss with him or any staff members at Adult Swim, so getting this rare opportunity to talk shop, is something I’ll remember for a long time. I find it fascinating that I was able to get more insight into the subject I care about most. It saddens me how my passions aren’t brought up nearly as much from fans or colleagues. Mostly when talking about Adult Swim and Toonami, most fans would rather talk about recent show acquisitions, the lineup, or ratings. While those topics have more traction amongst fans, I hope this article inspires others to look at the behind the scenes stuff that Adult Swim works more intently. Adult Swim does a great job in their production and pride themselves in everything they make. Whether it be a 3D model of the Absolution or a new Toonami music video, they always bring their “A-game” when developing something new for fans to consume. I greatly appreciate the work and hope that the sentiment I have will spread to the many Toonami fans around the country.

CabooseJr. archives Toonami promos, music videos, and many other things that have aired of the Adult Swim airwaves. Feel free to follow him on Twitter @CabooseJr.