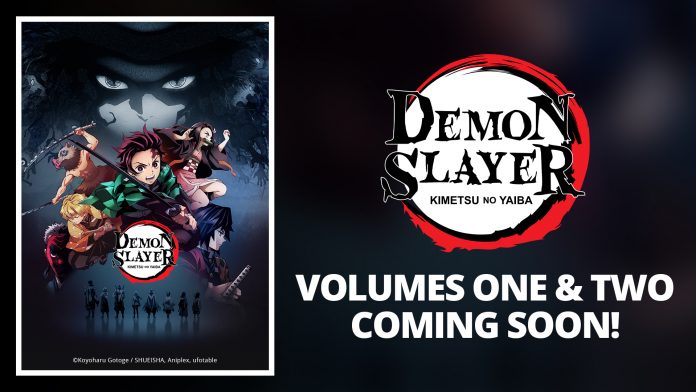 In September of last year, Sony announced a joint venture between Aniplex and Funimation for the international market. As a part of this deal, the synergy between Aniplex USA and Funimation has grown exponentially, where several Aniplex USA titles can now be found streaming on FunimationNow, as well as Funimation dubbing some series too. With the recent announcement of Demon Slayer’s home video release, the relationship between the two companies seems to have deepened further in a way many did not see coming. While Aniplex USA will be handling the limited edition release of Demon Slayer, Funimation will release the standard edition. It’s an unexpected move for both companies, but this may be the start of a strong and mutually beneficial strategy.

This week, Aniplex USA distributed a press release about the limited edition home media Blu-rays for the hit series Demon Slayer. Here is the link to the news article with all the information about what fans can expect if they want to bring Tanjiro and Nezuko home!

When Aniplex USA is mentioned, there tends to be a common topic: home video prices. Aniplex USA’s Blu-rays and DVDs are some of the most expensive releases among U.S. anime licensors, with a 12 episode set costing as high as $160. That said, what has allowed Aniplex USA to thrive is its catering towards anime collectors. Nearly all their releases are of premium quality, including extras such as card sets and soundtrack CDs to attract the most hardcore fans. Aniplex USA has set its sights on a limited audience, but they excel at marketing towards it.

While Aniplex’s current strategy is working, it’s hard to deny that they’re ignoring a large portion of the anime community. Some anime fans want to own the shows that they love without any extra baggage, and that’s where teaming up with Funimation has its greatest opportunity. Many Funimation releases are nearly half the price of an Aniplex USA release for the same amount of episodes, making it a much more manageable purchase for your average consumer. Still, the gains of this venture are not solely one-way. Funimation could potentially release Aniplex’s extensive catalog of titles, including shows they had previously licensed, such as Black Butler and Fullmetal Alchemist. Funimation may even be able to produce English dubs for series that had not been given dubs like Monogatari and Silver Spoon. The possibilities are endless, and anime fans will be the real winners when the dust settles.

It’s hard to say what the future holds between Aniplex USA and Funimation, but it looks promising. Having the two companies work together is fantastic, and I hope that we will see more of their cooperation moving forward. For now, though, I’m excited to buy Demon Slayer on Blu-ray without putting a dent in anyone’s wallet.