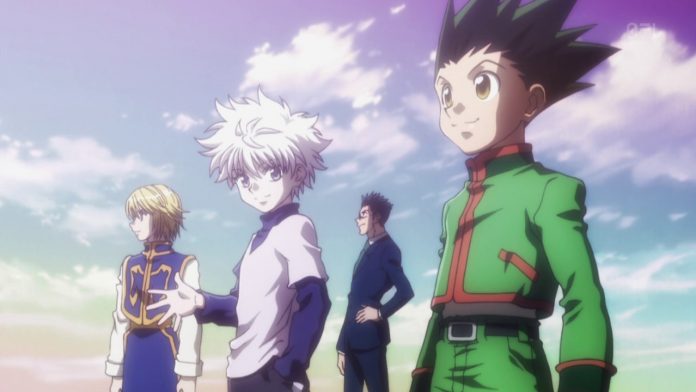 Why and how does Hunter x Hunter stay relevant? In case you’ve been unaware and never checked social media, Hunter x Hunter is a popular Japanese manga series written by Yoshihiro Togashi which started publication in 1998. Because of its popularity, the property obtained OVAs, anime adaptations, and even a couple of animated films to help continue bringing fans new content! The latest installment of that franchise was the 2011 anime re-adaptation that had completed its run in September of 2014 in Japan. Nearly two years later, it aired on Toonami in the U.S., which even led to more fans experiencing the series! Having so much time since the anime finished airing (as well as the frequent breaks from the manga due to the author’s health), how can this series still stay relevant for over 20 years? After all, we aren’t talking about a new manga property that fans have been sleeping on (looking at you, Demon Slayer). Hunter x Hunter has been around since 1998 (as stated earlier)! What makes this title so endearing to the fans, and why should anime fans still care about this franchise?

Probably the best thing that Hunter x Hunter can provide is the experience of either watching or reading the property. Hunter x Hunter is a series that can and does throw people off from it by just glancing at it, but once that person decides to take the initiative, they are glad they did. It will make you feel a lot of emotions, whether it’s to laugh or cry. It makes fans forget about their real-life problems even for a moment and captivates them into the world of this series where they can’t even stop reading or watching. The momentum, the intellect, the music, the consistent art, the amazing characters, the incredible writing, the way every arc is different, everything about this is why people can enjoy Hunter x Hunter and why they keep going back to it. Relating to the show’s characters is one thing, but seeing how some develop and grow, whether it’s for the better or worse, is eye opening and shows that this isn’t your average anime. Some fans consider Hunter x Hunter a masterpiece specifically because of this. It gives fans something to look forward to reading or watching. Some do love this property simply because characters are cute to them, but that should show you that there’s something in this series for everyone.

It’s truly amazing to have a property talked about for over two decades. To talk about the characters is a reason why Hunter x Hunter can do this, for example, how Togashi writes the characters. They aren’t bland. They show emotion and growth. For example, being how Gon was at the start of the series. He was a good and innocent-like young boy who was always happy and nice. As the story goes on and Gon gets to know more of the real world, that side of him tends to fade away slowly but still stays with him as that’s just who he is. As things go on, Gon experiences pain, anger, loss, and this shows how far he’s come from the start of the series. Gon’s friend Killua was the same way. Being born into a family of assassins and raised to do their bidding, it wasn’t easy to steer away from that and be better. Yet, Killua still strives to do it, but only just needed some help, which is why Gon was there. Gon was Killua’s light. The irony revolving around these two were when Gon kept sinking, Killua kept rising in a sense. So many things can be said just about these two. Another character that showed growth was Meruem. A king of his race that kills and eats humans, yet he later understands more. They actually think, they reason, and Hunter x Hunter shows that whole process. How Togashi can write and draw them all different with unique personalities and STILL keep the story so intriguing is genuinely magnificent. You don’t see time skips as you do in other manga/anime. This series takes you on a ride and doesn’t stop which is why people can’t stop watching and reading. Hunter x Hunter is a work of art.

It’s thanks to that experience is how Hunter x Hunter stays relevant. Having so much love for the series and always wanting to know what happens next in the story keeps the fans going. Of course, there are times when fans want to give up, and some do, but every time the manga returns from hiatus (giving more content), flocks of fans jump back like Hunter x Hunter never went on hiatus. Dare I say, even more fans return creating more of a fanfare. To have this hold on a series that may never even finish says a lot. Despite the constant lulls with new chapters and no more episodes in sight, it’s truly remarkable how Hunter x Hunter can continue to not only keep its fans but create more. And it most likely comes from the individual who created this marvelous story.

Having written such an incredible story, Yoshihiro Togashi continues to write and draw. Even with frequent breaks, the manga has never skipped a beat. It always keeps the reader intrigued. Now, of course, to always have a tale interesting can be a difficult thing to do. Some might think the story is only good because there are so many breaks in between. Creating this sense of the heart grows fonder when the things you love are away for a long period of time. This might be the case or at least a small factor into it, but others suggest it’s because the author thought of the story.  Anyone could write a story for years and might never find an audience. So for Hunter x Hunter to stay consistent as well as the art, it says a lot about Togashi himself. Even with the anime finished (while the manga continues), some fans consider it over, but Togashi says different! He doesn’t feel that Hunter x Hunter is nowhere near finished! Having the author still enjoy their work, especially after so many years, makes fans want to keep reading the series while curious to know what Togashi will write and draw next.

And that might be a huge reason as to why Hunter x Hunter continues to stay in favor with its fans. Due to the efforts and love showed by Togashi. He is a humble and funny man who cares for his peers for those that don’t know about him. He still pays his assistants even when the manga is on hiatus, and they don’t work (and even doubles their bonus they get every year). He reads his assistants’ manga that they write, gives points on them, and how to make them better. He supports them, and that is a testament to the character of Togashi. And I believe that because fans know about his kindness toward others, is why fans stay with Hunter x Hunter. They appreciate the author, not only for his work but as a person.

Some people that haven’t experienced Hunter x Hunter, but know of it, might not view it merely because it is technically not completed. Or due to the length of both the manga and anime, may feel daunting to fans. Some wouldn’t even know a thing about it but see it around, whether it be online, a store, an anime convention (when those were a thing), or from a friend. However, thanks to the 2011 anime adaptation, more fans seem to flock to Hunter x Hunter every day (even if the reboot doesn’t officially end where the manga ends).

It’s a popular anime, so of course, many know of it, but Hunter x Hunter never fully hit that mainstream line of anime which might be a reason why some didn’t pick it up till much later. Yet despite the lack of mainstream attention and some fans’ adverse reaction to long episode counts, you rarely hear anyone complain about the actual series. Due to how captivating Hunter x Hunter is, many binge through all of the episodes or chapters in a breeze. Because of this, word of mouth continues to travel and create more fans. The cycle never breaks! You will find something from Hunter x Hunter that will stick to you, which is why it’s so remarkable.

So how will it change from now until the future? Since there’s no ending in sight for the story, will Hunter x Hunter stay relevant? Obviously, there’s no way to know, but I’m sure Hunter x Hunter fans alike will say that it will. As the series has been running for over 20 years, it’s not crazy to believe it will grab more fans. Hunter x Hunter is a series that can be enjoyed through generations. It is a series that everyone can and will continue to enjoy until the day that it ends. Possibly, even beyond that.

This was a guest article written by AG. Feel free to give him a follow on Twitter @YourAnimeGuy.