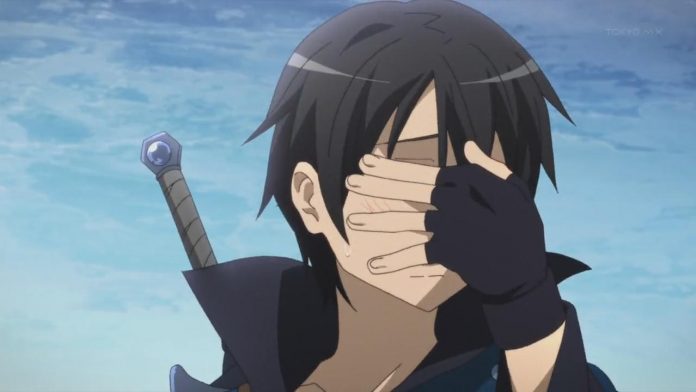 Just when you thought there could be peace within the Toonami fandom, it was announced that the polarizing franchise Sword Art Online will make a return to the block. And while the Alicization was hyped up to be the best, it once again gave fans a truly disgusting episode, that can potentially take the enjoyment out of the entire series. It’s as if Sword Art Online can’t get out of its own way and sadly has become the poster series of sexual assault (a terrible reputation to have). It might be difficult to watch when the dreaded episode does premiere, but this isn’t the first time something controversial has aired on the block and give hope that the latest season of Sword Art Online will spark discussion on tough subjects in a progressive manner.

Breaking News: #SwordArtOnline is coming home! (we'll its US broadcast home). Project Alicization will be premiering with a one hour special on February 9 at 12:30 am ET. https://t.co/r3MlqrXiTT

Full disclosure, I don’t fault the logic Toonami used in grabbing the newest season. They went and got a “name brand” series that has done well in the past. Add on the fact that Sword Art Online garners a reaction from nearly every anime fan, and it makes it inevitable that this latest season was going to end up on the block at some point. It’s no different from other stations that decide to put out questionable or edgy content on their airwaves. And Toonami hasn’t been shy about airing other shows that have their fair share of dubious content. No one should be shocked at this development.

I think this recent case with Sword Art Online is more complicated, considering a side story was released before this new season debuted which was fairly entertaining. I think that’s where a lot of the anger toward Toonami comes from. Gun Gale Online was enjoyable and would have been a nice change of pace from the main story. I certainly liked it and wouldn’t mind the block offering detractors of Sword Art Online a different story to see some merit with the property.

Instead, fans will be taken on a journey with Kirito and see what many were cautious about when ten weeks pass. For me, the biggest issue I had with episode ten of Sword Art Online Alicization was how unnecessary adding a rape scene was, especially with how poorly written they’ve been throughout the entire franchise. Reki Kawahara could have written his two characters (Raios and Humbert) in a more well thought out way to get the point across that they were antagonists. Either could have used their money or status to force fellow students Ronie and Tiese to be expelled from the academy. The two nobles could have even used physical violence in “training accidents” to get that point across (it would’ve been terrible to see, but I wouldn’t be as furious at that). But to make sure the point is made clear, fans are forced to see an absolute train wreck of a scene in which two female students are sexually assaulted. It’s a massive flaw in Kawahara, and I put more of the anger on him for writing these kinds of scenes again and again.

It’s the same when I discuss Goblin Slayer and why I wouldn’t request that it air on Toonami. It seemed as if that gang rape scene in episode one was just added in to prove that it was “edgy” or the “new dark fantasy” epic. It didn’t add anything to the story other than giving fans a shock they weren’t expecting. After that, there wasn’t much of sexual assault added in, and while it was decent at points, it just made me wonder why. Was that scene even necessary? We understood that it wasn’t going to be an adventure tale in medieval times where Fairy Tail characters were murdered. And we learn at how horrific it is to be captured by goblins. But that first episode was used as a way to create cheap “heat” to get casual anime fans check it out. And does Toonami need to add series to their block to get cheap attention? I know bad press can be good, but there are limits to the goodwill that fans have.

And while I don’t like seeing these types of scenes on Toonami, it’s not as if it hasn’t happened before (sexual assault and other subjects). I didn’t start petitioning a boycott of Adult Swim or any other company for having series that made me feel uncomfortable. Each controversial moment becomes more of an issue depending on how well the community handles it. This isn’t something that only comes up in Sword Art Online. Many other anime series have moments that can leave viewers scratching their heads. And these are popular shows like One Piece, Kill la Kill, and Stardust Crusaders. The way Nami was treated during the Thriller Bark arc isn’t exactly something many One Piece fans were thrilled with seeing, thanks to Absalom peeping on our heroine. It was something I forgot about until it aired on Toonami and it left me feeling down about the story arc as a whole. Plus, if you changed Senketsu from Kill la Kill into a person, tell me how that first encounter with Ryūko comes across to you. It doesn’t sound pretty (and that’s just one issue viewers had with Kill la Kill). And let’s not forget episode seven in JoJo’s Bizarre Adventure Stardust Crusaders, where we have a young girl getting peeped on by an orangutan which absolutely drove me up a wall and was completely unnecessary.

Each of the shows I mentioned has some cringe-worthy moments, but many fans don’t let those moments (or reoccurring ones) define the series. How do you think I feel hearing all the praise and love for Battle Tendency with a character like Rudel von Stroheim in it? I feel conflicted, but I don’t let that one character take out the enjoyment of the series since I like JoJo’s Bizarre Adventures a lot. So I think that same thought process can apply to Sword Art Online, too, at least for those who will stay. But the author does his fans no favors with how he’s written certain moments. Adding in the same elements again and again and them being as distasteful as they’ve been has been the biggest roadblock for Sword Art Online. And honestly, it’s tough for someone who wasn’t a die-hard Sword Art Online fan to stay one when sexual assault keeps coming up for no reason. It’s as if female characters are just props for the antagonist to abuse or to be charmed by the main character.

So yeah SAO A, what a freaking mess that was. But I want to see how it either improves or goes downhill even further.

I’m not saying you have to like Sword Art Online. I’m not thrilled with how the last season played out, so much so that I dropped it. And while some might point to episode ten as the main reason, it was more a combination of my being bored and the plot device that is used over and over. We all know that rape is terrible. I think that’s a statement everyone can agree on. But it’s the kinds of discussions that spawn after the controversial moment that matter most. What made episode ten of Sword Art Online Alicization as egregious as it was? Why does it seem that more anime projects are adding more controversial topics over the past few seasons? Have these types of elements been found in other stories? And how can we learn from these moments? These are the types of conversations I’d rather have when talking about controversial Toonami series. I gave Sword Art Online a lot of chances, and while the animation and music are fantastic, I think I might be more indifferent about the series. But at least with the English dub coming, I can give it a fair shot to see how the story progresses. But because of the troubling topic that rears its ugly head, I hope the Toonami community will have a serious discussion about tougher topics in the future. I have faith that the community can grow and have more conversations that better us all in the long run.