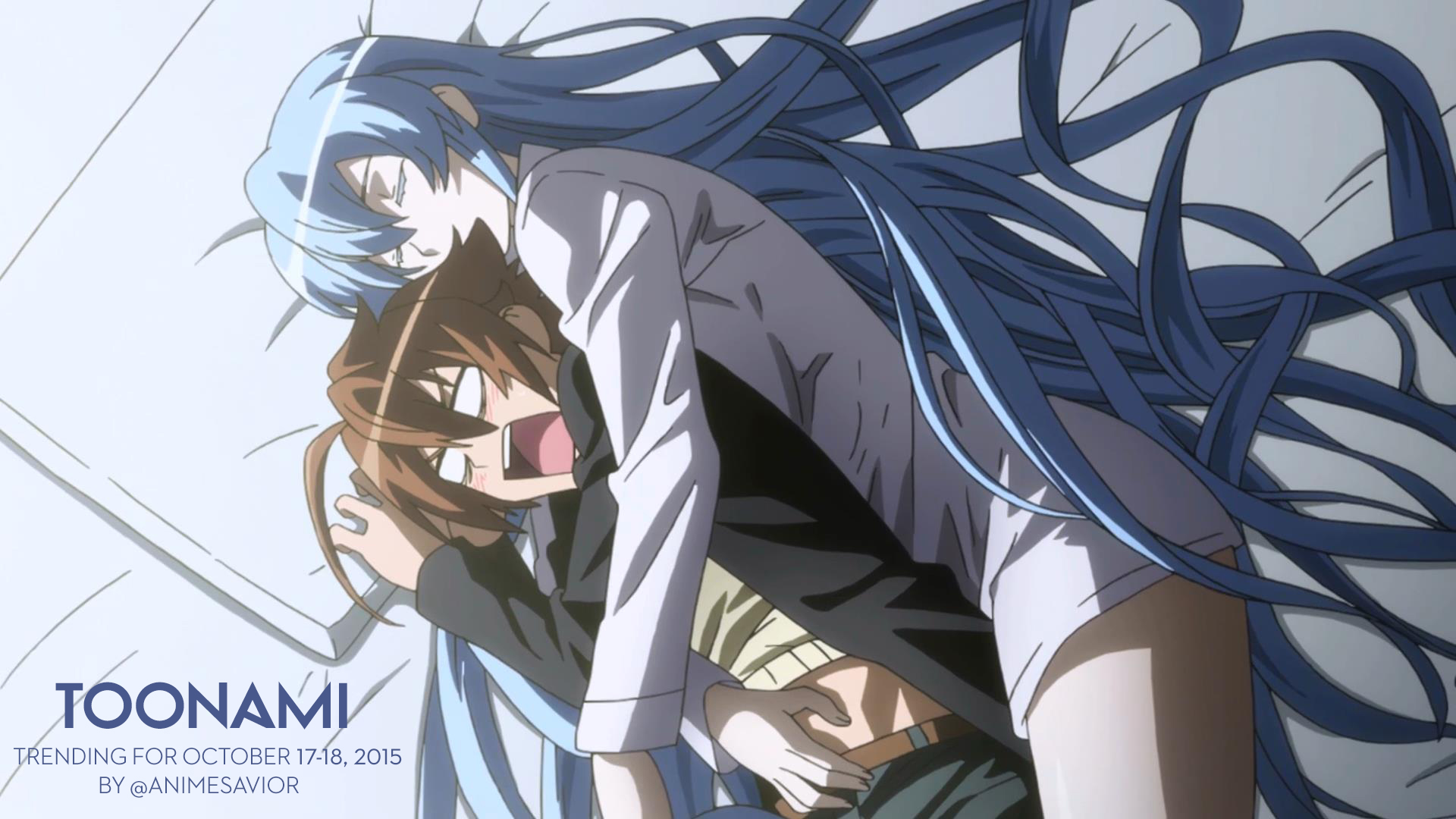 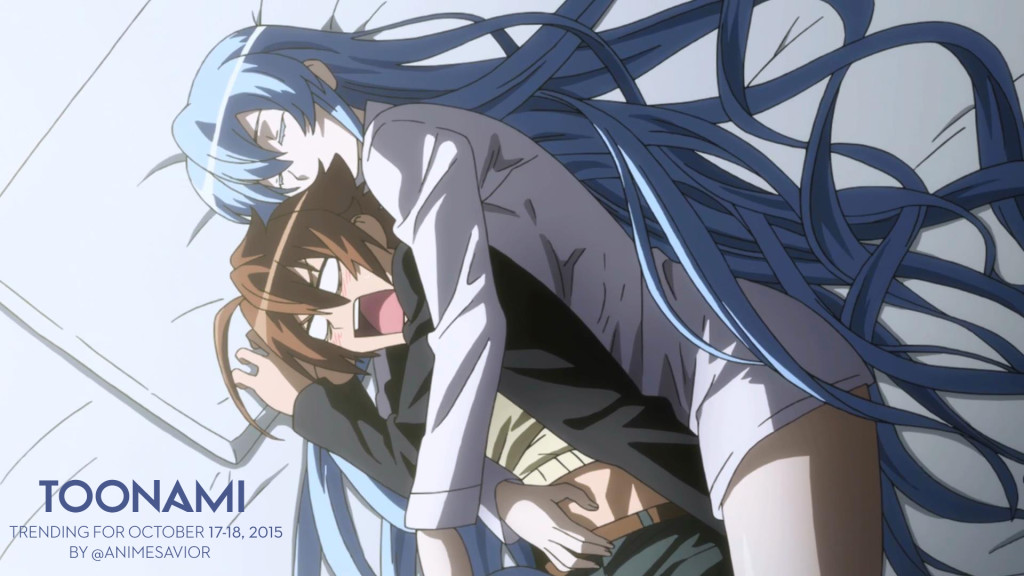 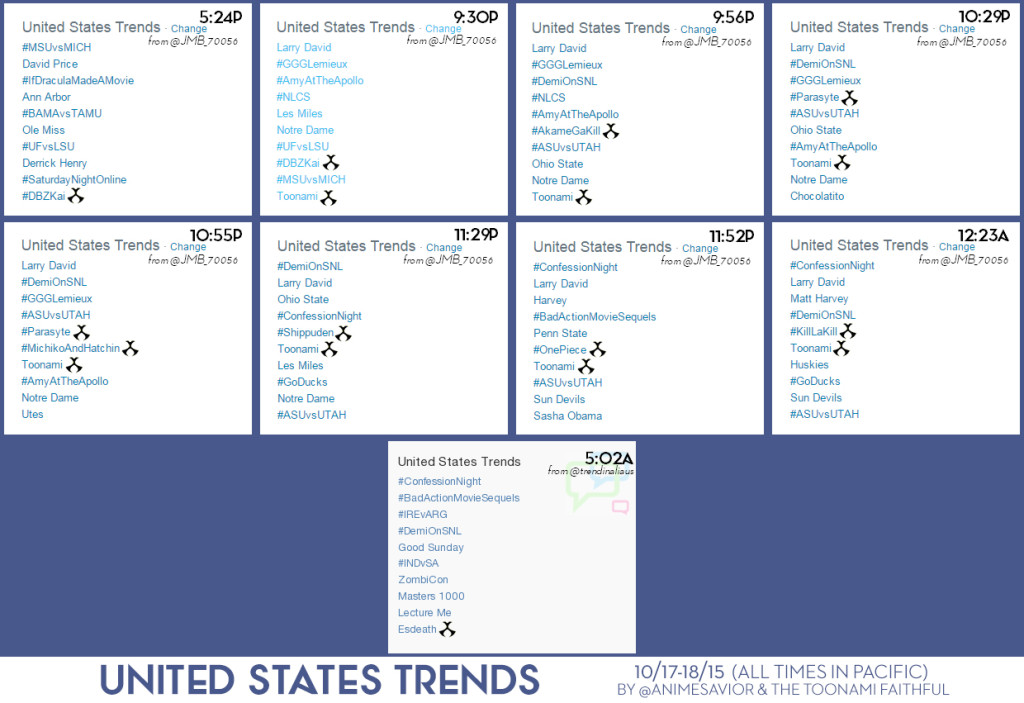 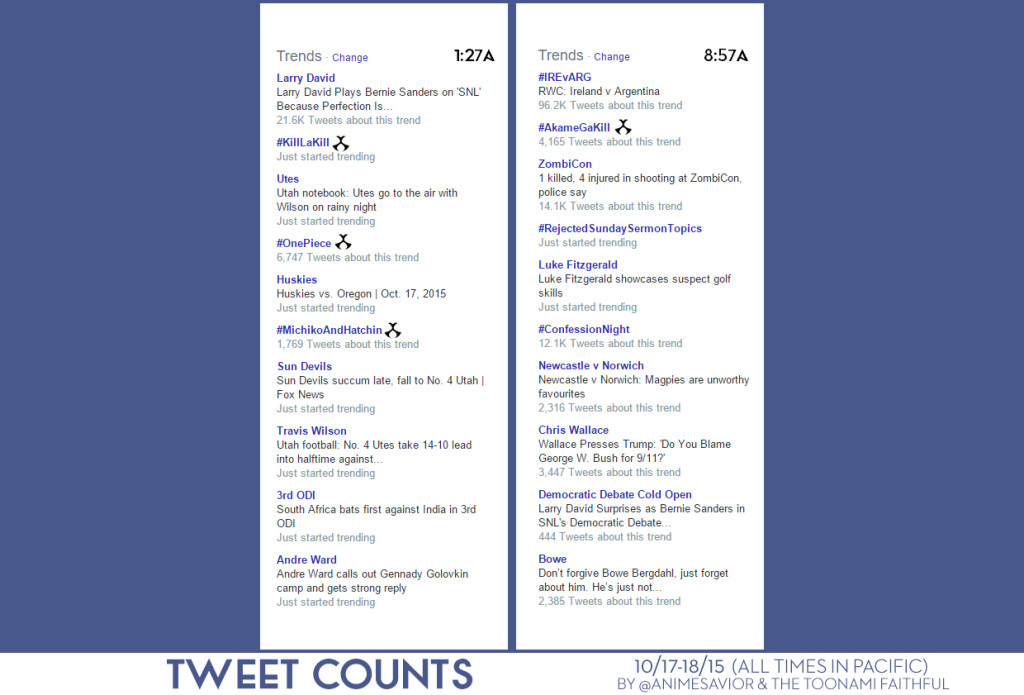 “Tatsumi, if they manage to kill you, you aren’t that much of a man. But you’re stronger than that, aren’t you? You’re powerful, a survivor. I feel it, Tatsumi. I can’t help but believe our paths might cross again. No, ill make sure of it. And when they do, ill force you to accept my feelings for you. I’m coming for you, my love.”

The Toonami Trending Rundown for October 17-18, 2015. A pretty good night for trending all things considered as Toonami and every show had managed to trend in the US during their respective East Coast airings, in addition to #DBZKai during it’s encore presentation and Toonami trending on Tumblr. We also got a character trend in Esdeath (the first of such for Akame ga Kill), as she attempts to abduct Tatsumi for her own romantic endeavors, but manages to escape.

Special thanks to @JMB_70056, @mmorse1017 and others I forgot to mention for spotting some of the trends on this list.

Not too shabby for a service bot. Only Toonami on [adult swim] on Cartoon Network.