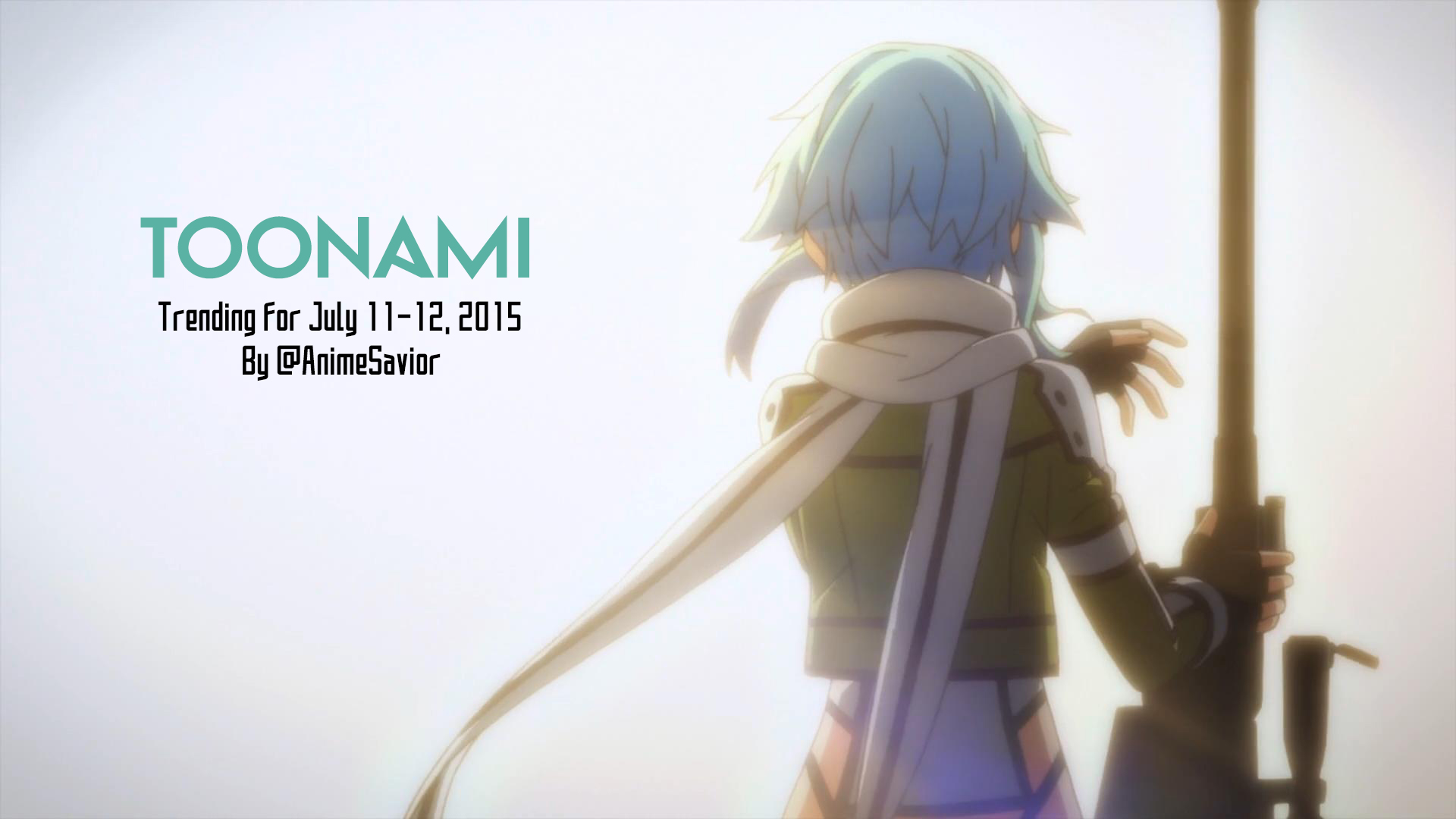 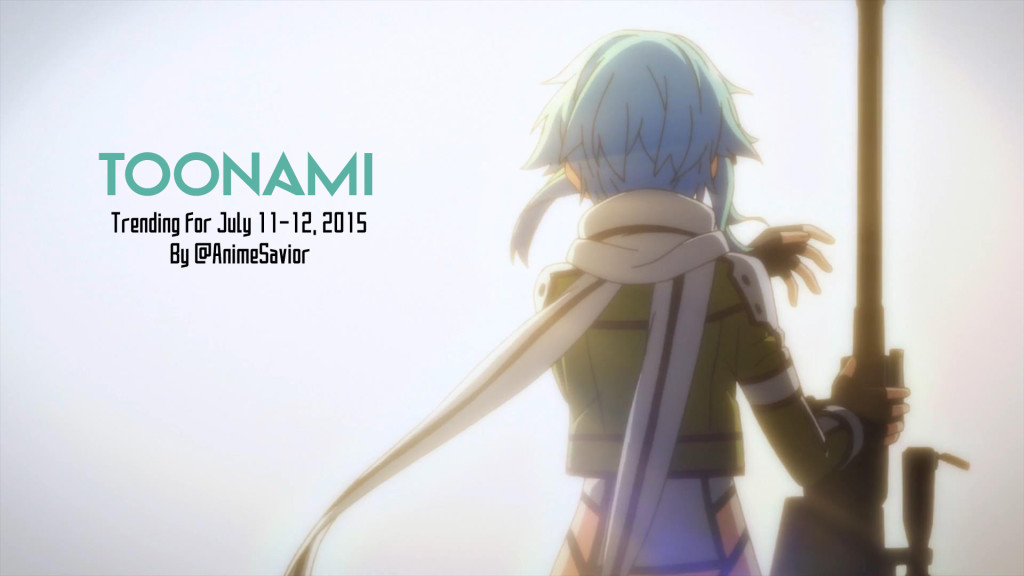 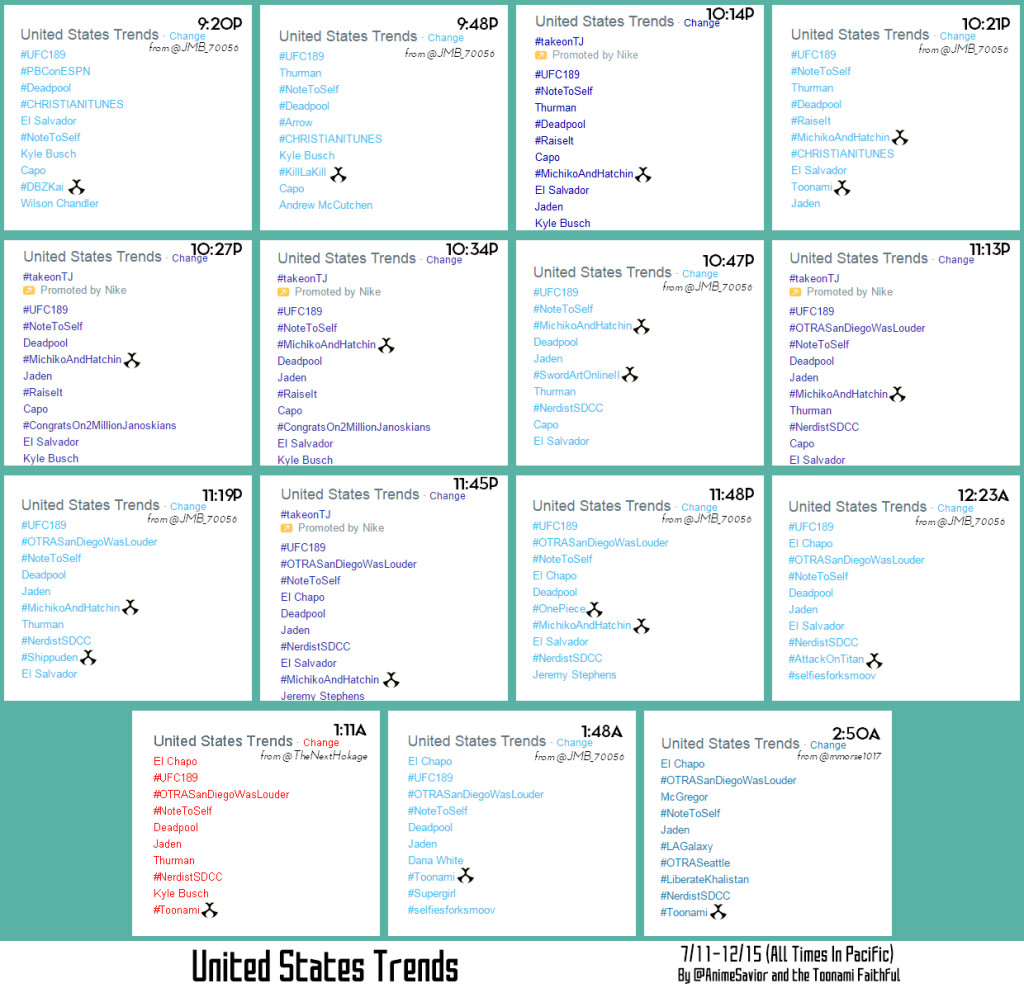 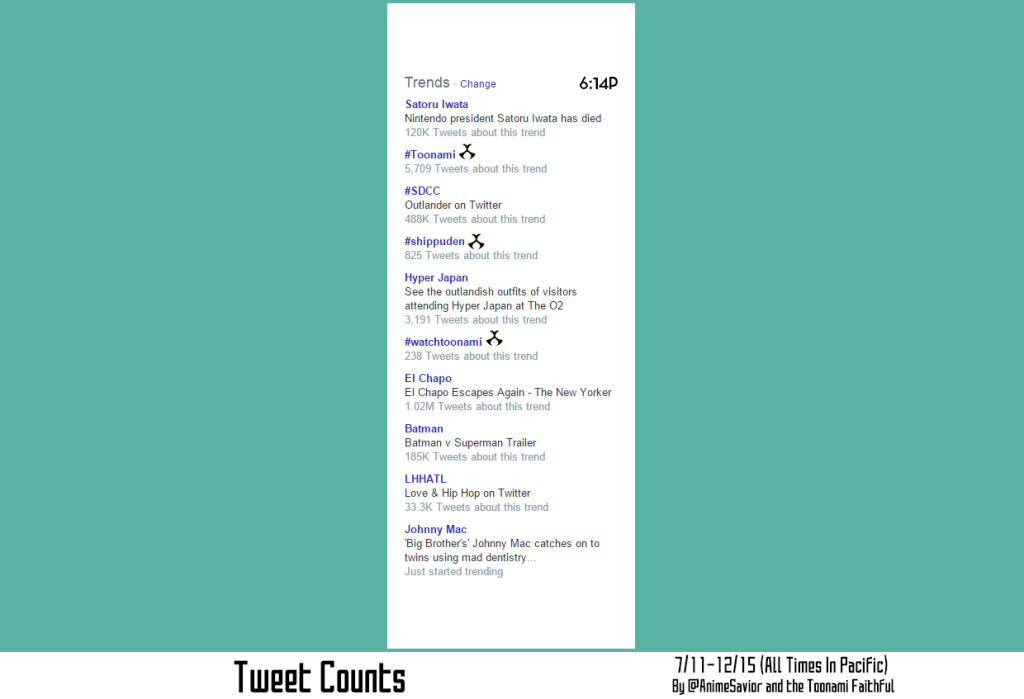 “Sinon, time to let go. You’ve been blaming yourself way too long. Beating yourself up over what happened, I’m not saying you’re wrong to do that, but it’s just whatever guilt you felt over what you did, you got a right  to consider the lives you saved, too. You got the right to think about those people and forgive yourself. That’s it. That’s what I wanted you to know.”

The Toonami Trending Rundown for July 11-12, 2015. Comic Con week is in the books, and of course in a week that celebrates nerddom and pop culture, Toonami surely wasn’t gonna be left out of the buzz as on Twitter, Toonami and every show managed to trend in the United States, and on Google Plus, Dragon Ball Z also trended.

For those that haven’t heard, we do have a few news bits relating to Toonami to come out from San Diego. First off, on the night of August 1st, Toonami will be showcasing a sneak preview of the DBZ Revolution F film, which will be at theaters on August 4th. And second, if you haven’t heard the news from Anime Expo, Parasyte: The Maxim will be headed to the block this October.

Of course, being one of the 120k that got a pass to SDCC, and one of the 50 that got in the Meatwad tent for Toonami Live, it was an honor to be able to attend and cover the event on behalf of the Toonami Faithful and being able to meet Steve, Dana, Jason, and Gill (and in turn, receiving thanks on creating the weekly trending rundowns) was definitely a moment to cherish for me, and a great reminder of why I continue to watch and livetweet Toonami and create this trending rundown every Saturday. Comic Con was great overall, and I’m hoping I’ll be able to keep on doing this for future Comic Cons.

In the meantime, tune in next week as Sword Art Online begins the Calibur arc, among other great moments. Until next week, stay gold, and of course, our thoughts and prayers go out to those affected by the passing of Nintendo president Satoru Iwata. May his soul rest in peace.

Special thanks to @JMB_70056, @mmorse1017, @TheNextHokage, and others I forgot to mention for spotting some of the trends on this list.

Bang! Only Toonami on [adult swim] on Cartoon Network.