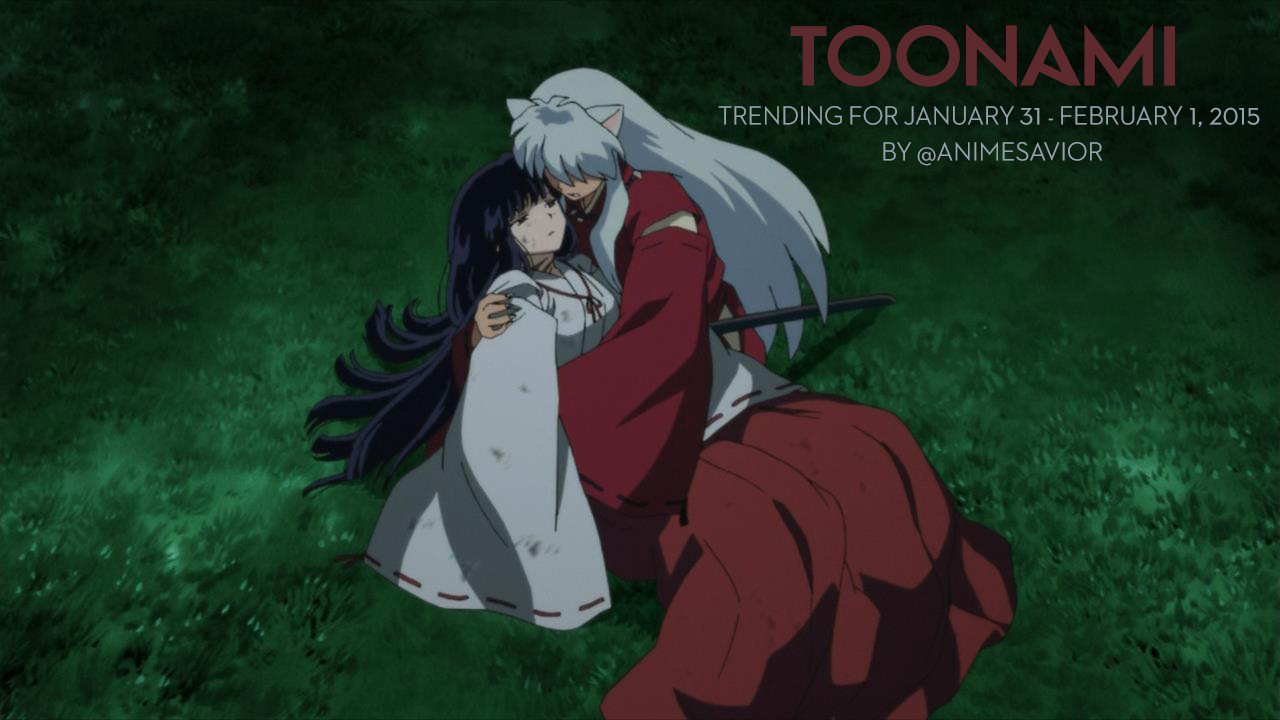 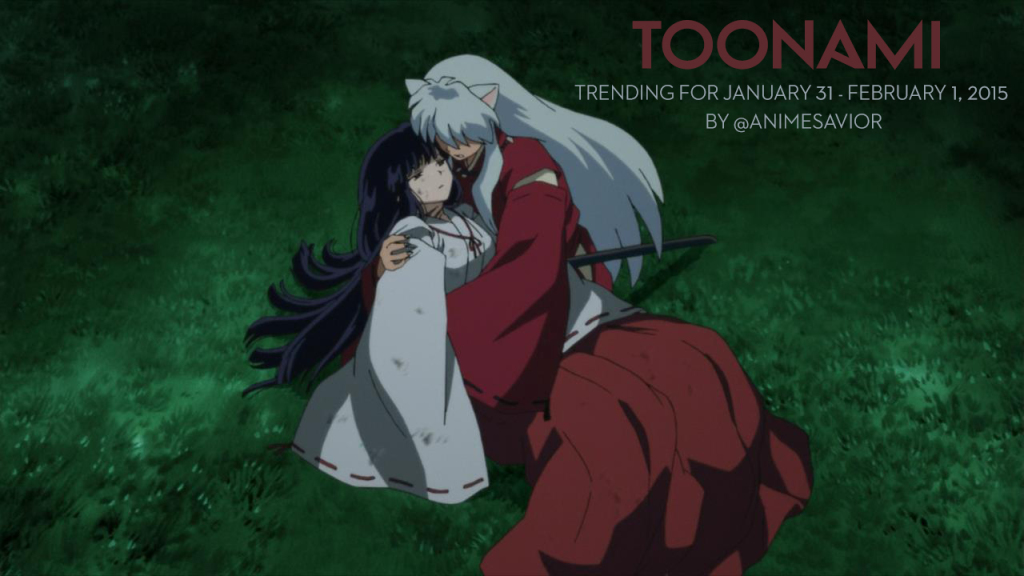 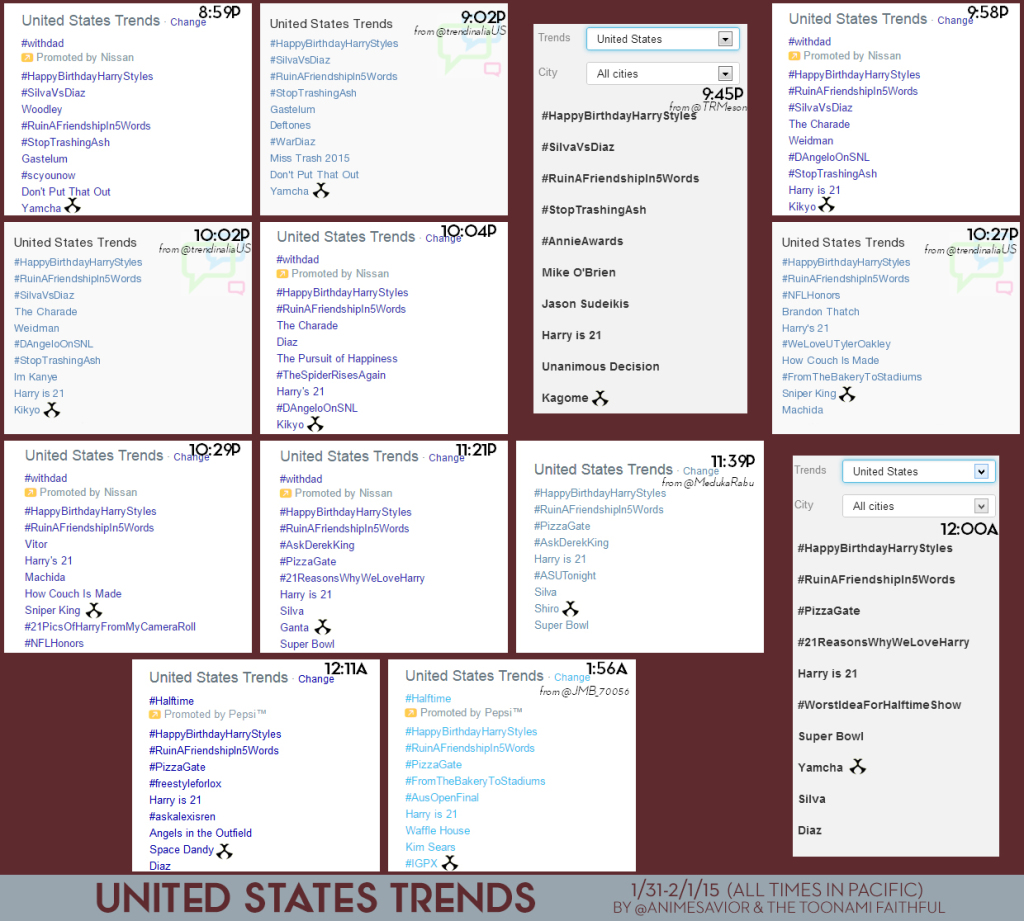 “Kikyo doesn’t want us to mourn her. She says, she’ll protect us. Forever.”

The Toonami Trending Rundown for January 31-February 1, 2015. Tough night for trending overall with J.K. Simmons hosting SNL, Anderson Silvia’s decision victory over Nick Diaz and the pre-Super Bowl buzz dominating the trends, with only two shows, Space Dandy and IGPX getting onto the US trends list. However, four shows eached managed to produce a character trend despite all that; DBZ Kai (Yamcha, as the Saibaman he fought and almost defeated, self destructed and took his life with him), InuYasha (Kagome, as despite some doubts, manages to get the bow, as well as Kikyo, as she ultimately lost her life again trying to defeat Naraku), One Piece (Sniper King, as he tries and takes Jabra’s key while he was asleep, but ran into some very bad luck), and Deadman Wonderland (Ganta, as he edges out Senji in his first battle of Carnival Corpse, as well as Shiro, as she reveals her true powers while she and Yoh try and get inside G-Block).

Big programming notes for next week for those that haven’t heard. Unfortunately Toonami will be losing timeslots even further, with the block being reduced to a 12-3:30am Eastern timeframe, with only the premiere shows airing for the forseeable future. It’s not all bad news, though. Fortunately next week, we got ourselves the debut of Kill la Kill at 12:30 am Eastern. While the recent events have been a big step back for the regrowth of the block, even Toonami in the past has had it’s ups and downs before, so as long as we continue supporting the block and the anime industry as a whole, we’ll get through this.

Until next week, stay golden, congratulations to the New England Patriots for winning Super Bowl XLIX, and our thoughts and prayers go out to the friends and family of RWBY creator Monty Oum, whom passed away on Sunday. May his soul rest in peace.

Legend: The shows listed are ordered based on their appearance on the schedule. Show trends are listed in bold. The number next to the listed trend represents the highest it trended on the list (not counting the promoted trend), judging only by the images placed in the rundown.

Special thanks to @JMB_70056, @MedukaRabu, @trendinaliaUS, @TRMeson, and others I forgot to mention for spotting some of the trends on this list.

Beat The Truth Outta Her. Only Toonami on [adult swim] on Cartoon Network.