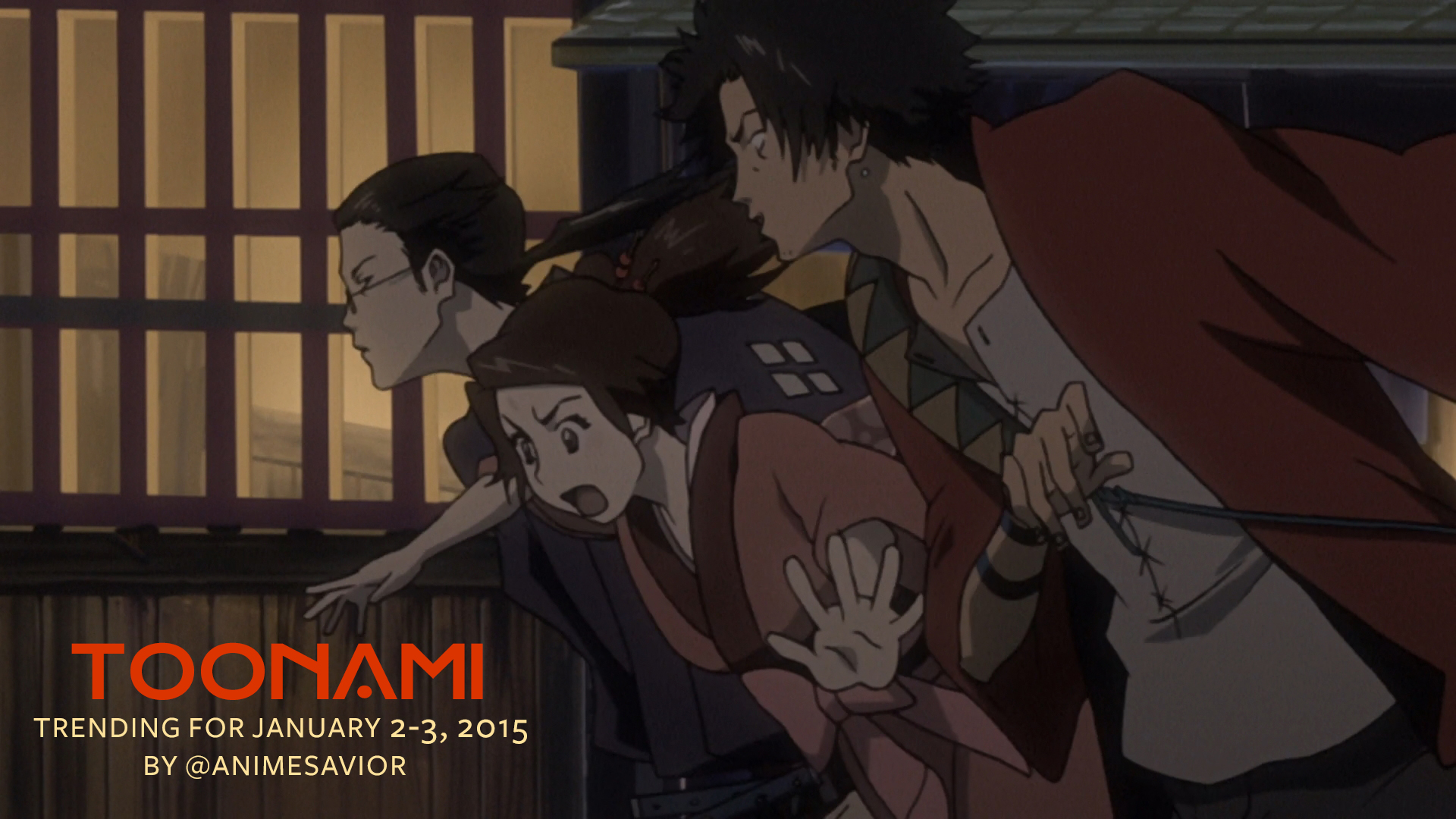 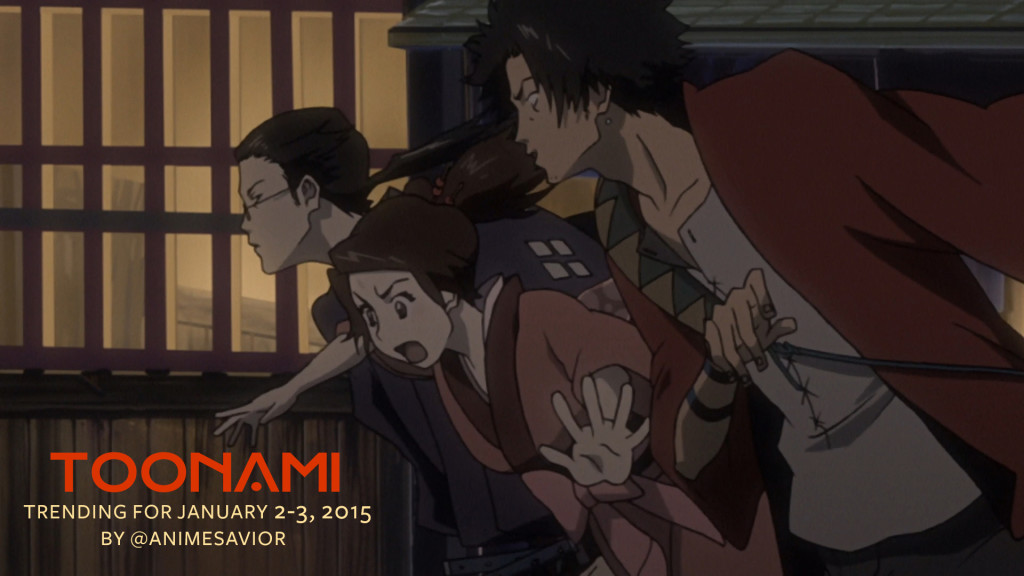 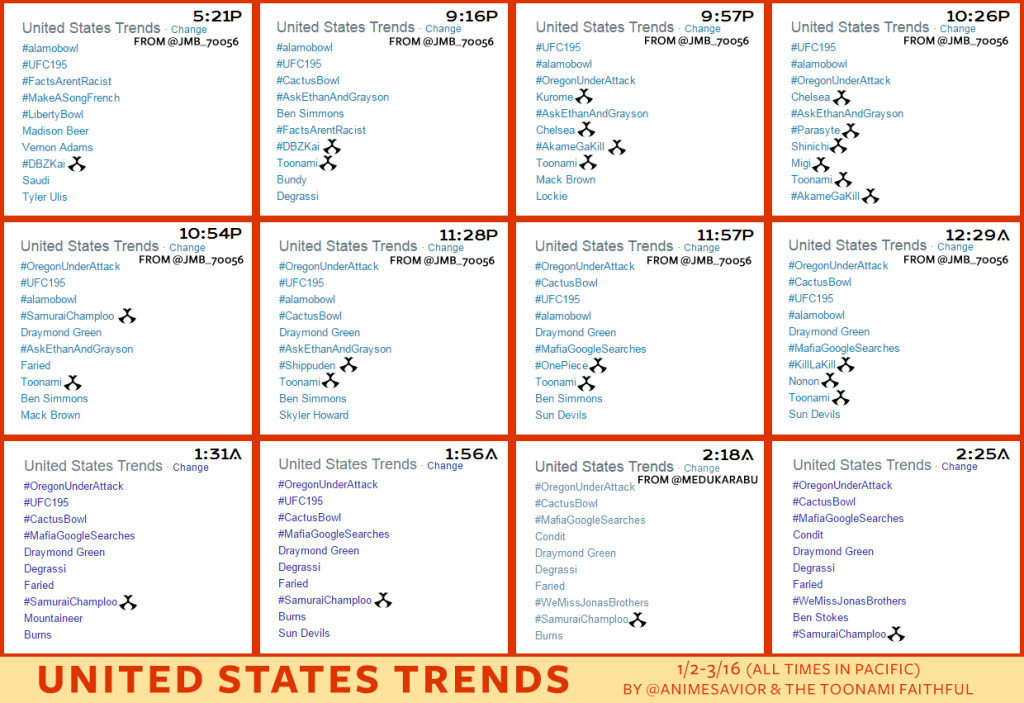 “Listen, if you promise you do this one little favor, I’ll help you escape. […] There’s someone I want you to find. A Samurai that smells of sunflowers.”

The Toonami Trending Rundown for January 2-3, 2016. We ring in the new year as we welcome back an old classic from the Adult Swim Action days, Samurai Champloo, in addition to the return of our regularly scheduled programming. As a result, every show had trended in the US during their respective East Coast airings, in addition to #DBZKai during it’s encore presentation (which has now returned with Regular CN returning the 8pm hour to Adult Swim) and #SamuraiChamploo during it’s West Coast airing.

We also received some character trends from three shows. Akame ga Kill! gave us Chelsea (as she poisons and kills off Bols and almost kills off Kurome) as well as Kurome (when Chelsea found out her poison was useless against Kurome, and was killed by her in retaliation for killing Bols). Parasyte gave us both Migi and Shinichi, as Shinichi manages to save Murano from Hideo in addition to pitching a rock at at him from several buildings away to take him out. And Kill la Kill gave us Nonon, as she has her turn at fighting Ryuko in the Battle Royale.

Special thanks to @JMB_70056, @MedukaRabu and others I forgot to mention for spotting some of the trends on this list.

We’re here to establish a New World Order. Only Toonami on [adult swim] on Cartoon Network.