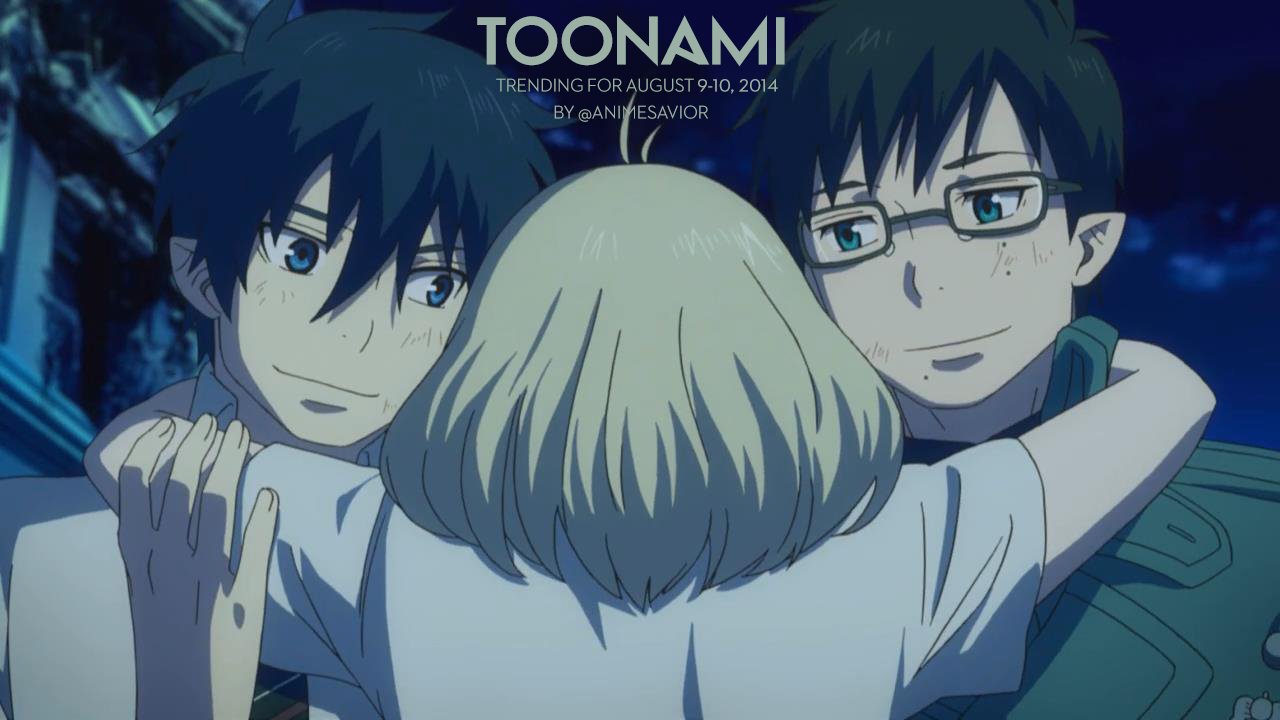 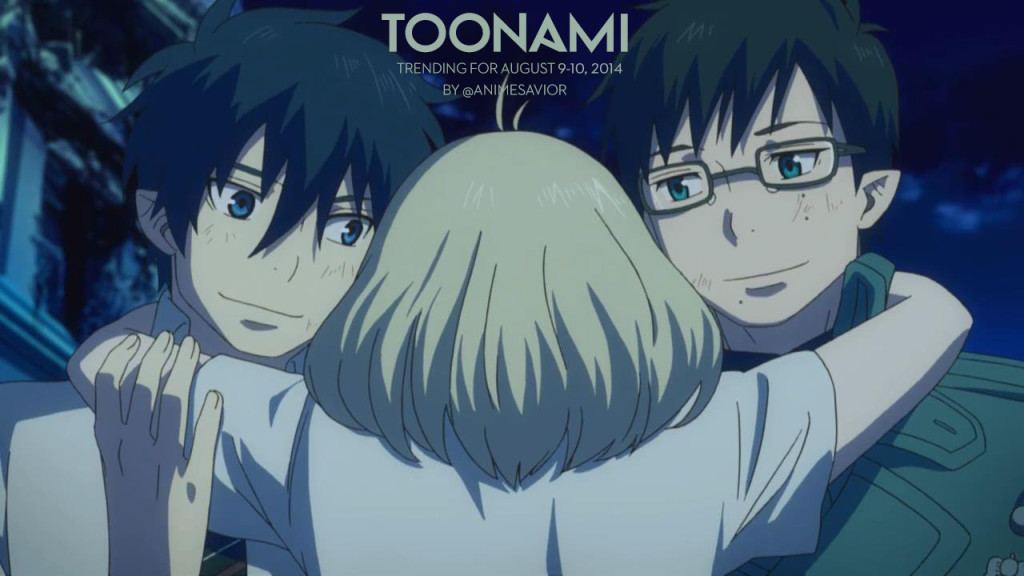 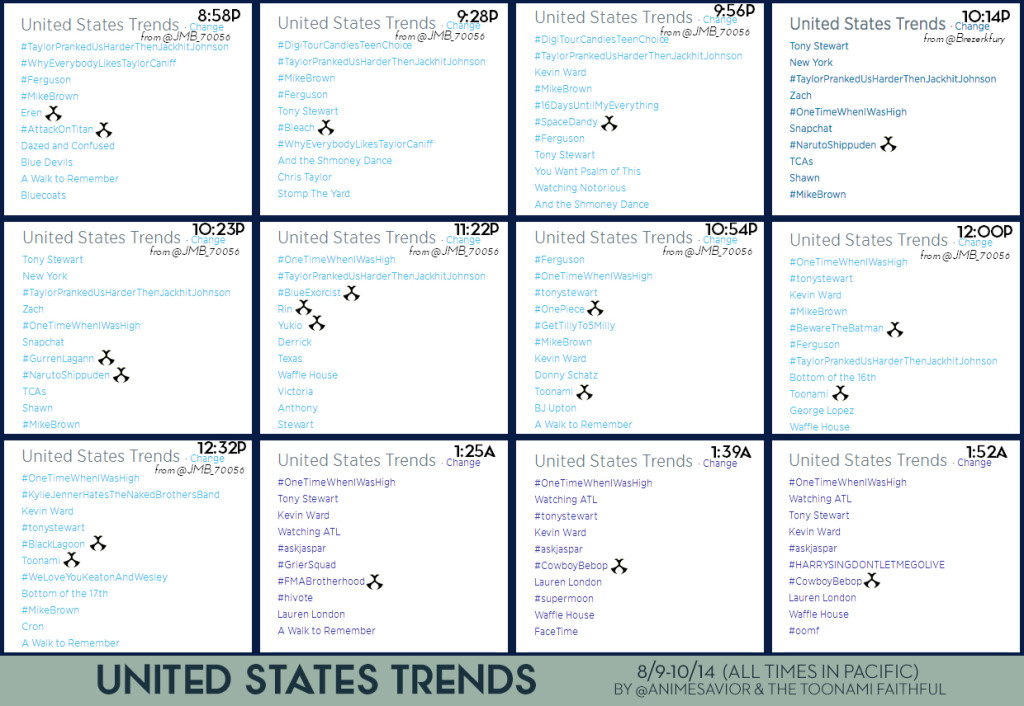 “You were too impatient [Satan]. Neither of us knows that the path we chose was the right one. That’s something for our children to find out for us.”

We also got some special character trends from Attack on Titan, Naruto Shippuden, and Blue Exorcist, with Eren; as the regiment debate over the fate and usefulness, Tobi; as we were introduced to the Akatsuki member, as well as Rin and Yukio as the two defeat Satan and send him back to Gehenna, making sure Blue Exorcist would end it’s Toonami run on a high note.

Furthermore, we were also treated to a promo for our next show, Gurren Lagann, and that also trended US and Worldwide as a result.

25 weeks have come and gone and the run of Aniplex’s sophomore show on Toonami (unless you count FMA Brotherhood and Durarara) is now in the books. Love it or hate it, it was a tough act to follow SAO in regards to general buzz, but Blue Exorcist still managed to do very well in that regard, trending in some capacity in all but 3 weeks of its run as well as two different occasions when the show was promoted.

So as we say sayonara to Rin and co, for those that are craving some more Blue Exorcist, there is a film which has been dubbed by Aniplex, as well as a manga, which goes beyond the anime’s scope and continues on to this day, so definitely go check those out. We wish all the best for the future of this great show.

Tune in next week as Gurren Lagann makes it’s grand debut to the block at 2 am Eastern, while Naruto Shippuden begins the Sasuke and Sai arc, among other great moments from the other shows. Till next week, stay gold.

Special thanks to @Brezerkfury, @I3rok3n_Sword, @JMB_70056, @TheEpicAnimeGuy, and others I forgot to mention for spotting some of the trends on this list.

Edit @ August 11 9:50pm PDT: Got word that Tobi from Naruto Shippuden trended. Thanks to @I3rok3n_Sword and @myanimewaifu for the heads up.

Dig Deep. Only Toonami on [adult swim] on Cartoon Network.