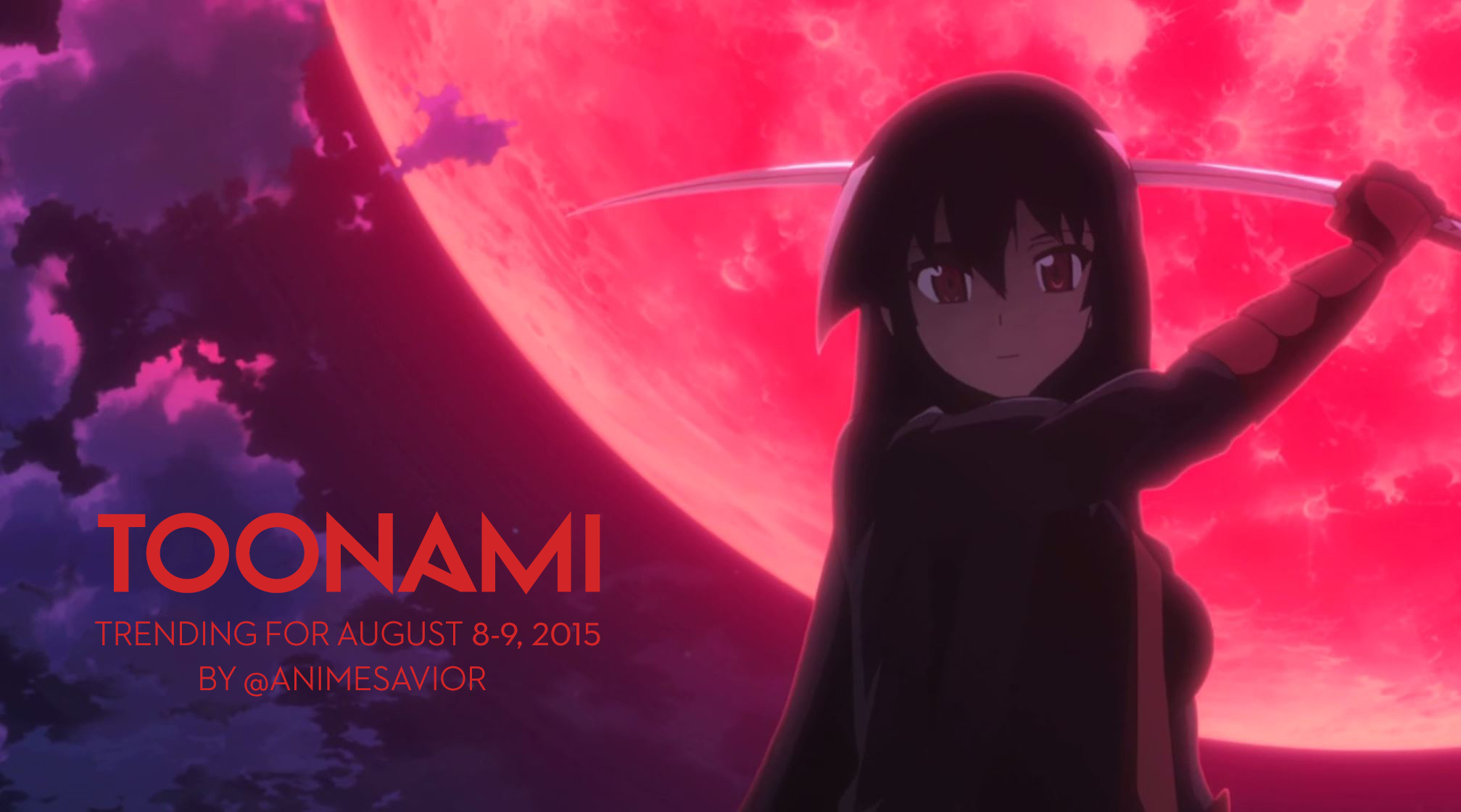 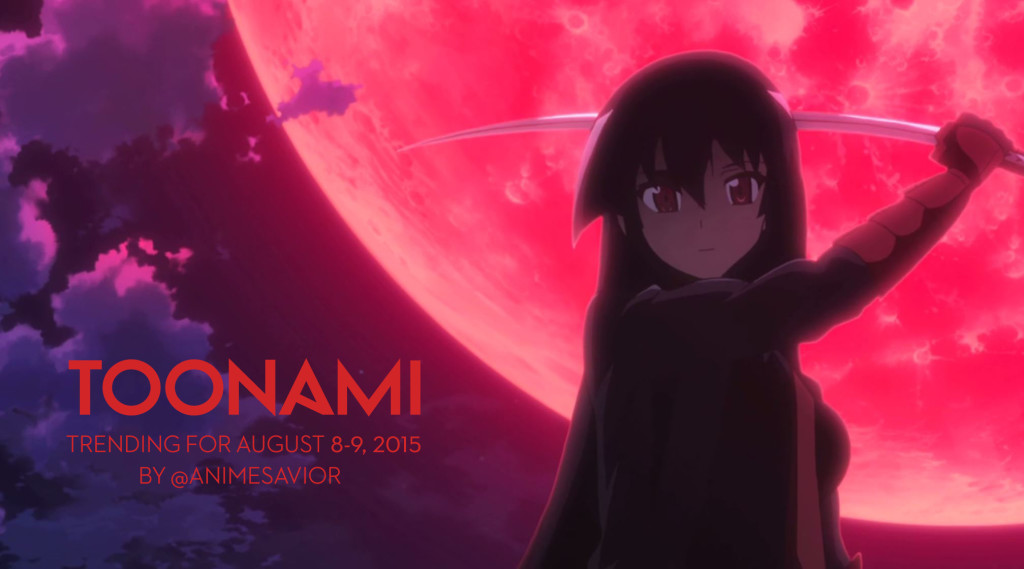 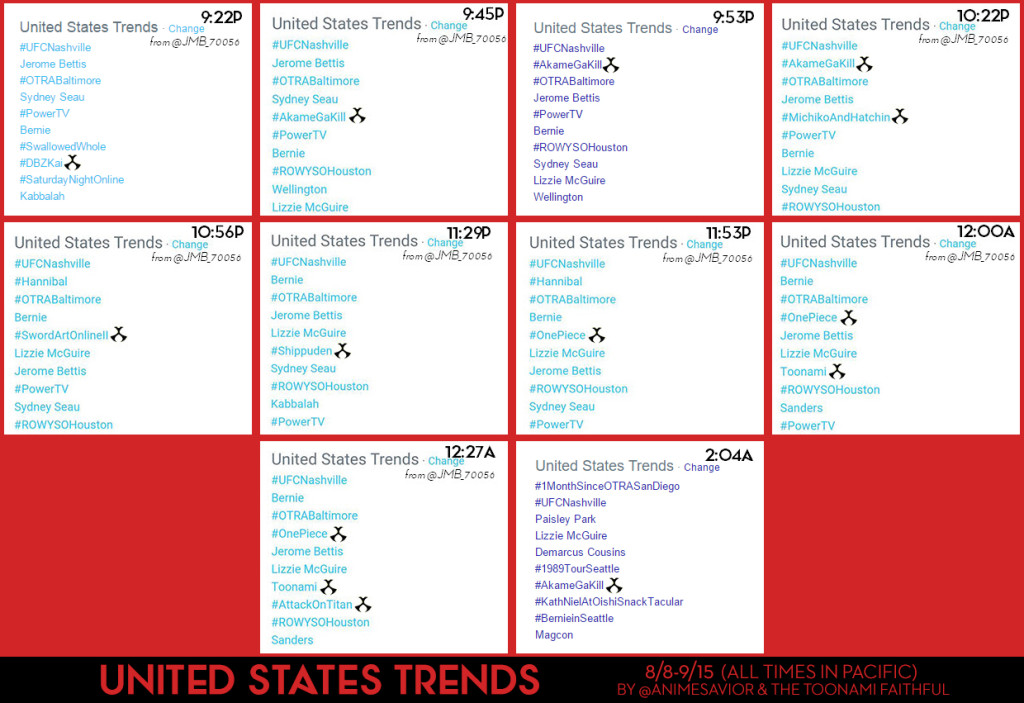 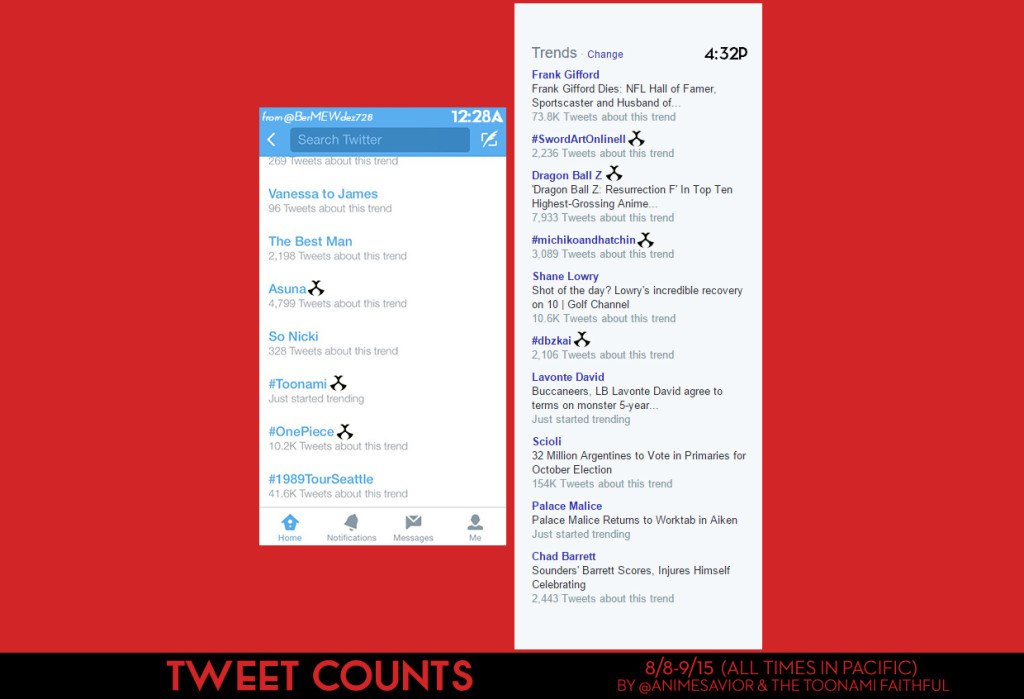 “All people must one day turn to ash. So too must nations fall into ruin. Despite the capital’s wealth and prosperity, it has become mired in corruption. The heinous and the vile run rampant throughout the city. These demons are beyond salvation and are therefore silenced in the darkness by an elite group of assassins.”

The Toonami Trending Rundown for August 8-9, 2015. We welcome in Akame ga Kill to US shores in addition to the kickoff SAO’s Mother’s Rosario arc as Toonami and every show managed to trend in the US during their respective East Coast runs.

In addition, #AkameGaKill also trended worldwide during it’s East Coast airing as well as trending in the US again after it’s West Coast airing, making sure it’s run on Toonami began on a high note. No special character and in-show content trends to report, however.

Of course, with Akame’s debut, this also means that Sentai Filmworks has joined in alongside Funimation, Viz, and Aniplex as a supplier of Toonami programming. And as you may know, more from Sentai is on the horizon with Parasyte headed over within the coming months. So on behalf of the Toonami Faithful, welcome to the club, Sentai, and we sure hope this partnership will bring much great things for Toonami and the anime industry as a whole.

Tune in next week as One Piece showcases the finale of the Enies Lobby arc, among other great moments. Until next week, stay gold.

Edit 8/10 @ 9:00pm PDT: Added reports of tweet counts of Asuna and #OnePiece. Thanks to @BerMEWdez728 for this. There are also reports of Asuna trending in the US, however i cannot confirm a spotted trend outside of several mobile app tweets.

Everyone Will Be Seeing Red. Only Toonami on [adult swim] on Cartoon Network.