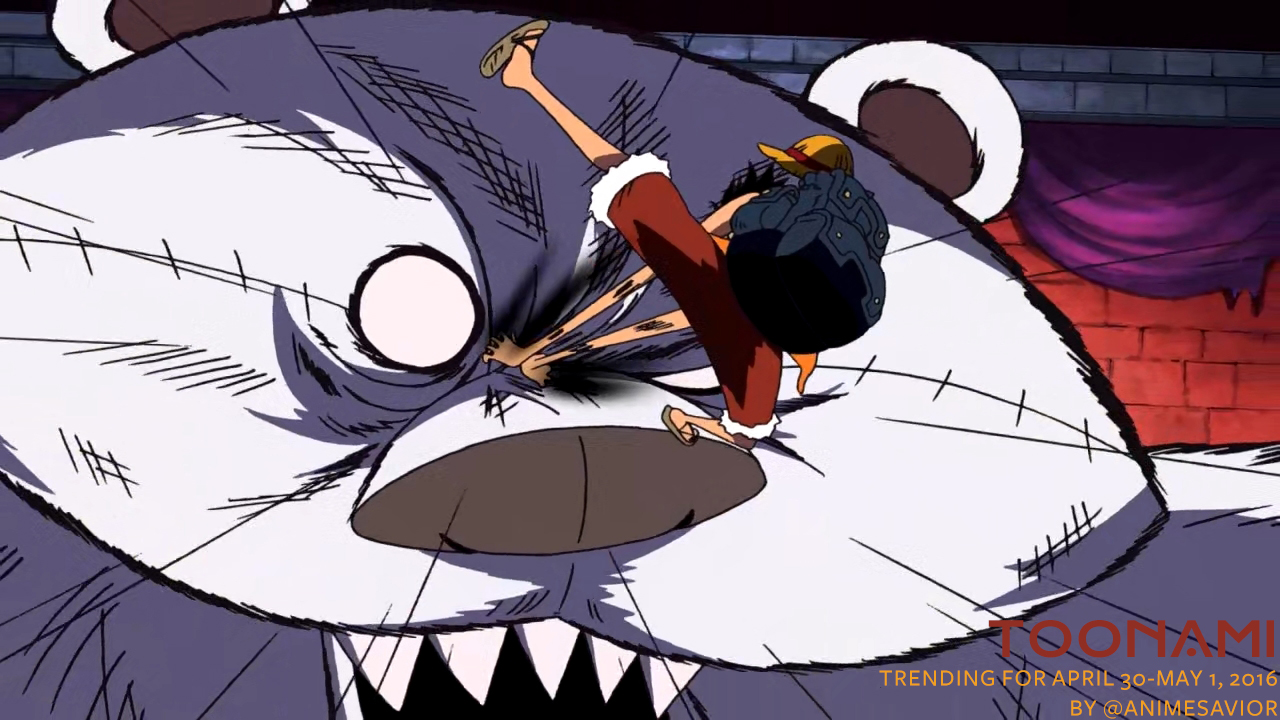 “Sorry, but I don’t take advice from paintings. You want to help, give a message to that stupid master of yours. Tell em if he lays a single finger on any of my friends, I’ll kick his ass so hard this whole island will split in half.“

The Toonami Trending Rundown for April 30-May 1, 2016. A good night for Toonami’s social media buzz as every show except for One Piece had successfully trended in the US, in addition to Hunter x Hunter trending during the West Coast airing. One Piece however wouldn’t be left out as it did produce a character trend in Luffy as he and the crew make their way inside Dr. Hogback’s castle as the Night Hunt begins.

Tune in next week as Dimension W showcases its penultimate episode among other great moments. Until next week, stay gold.

404 Kurapika not found. Only Toonami on [adult swim] on Cartoon Network.