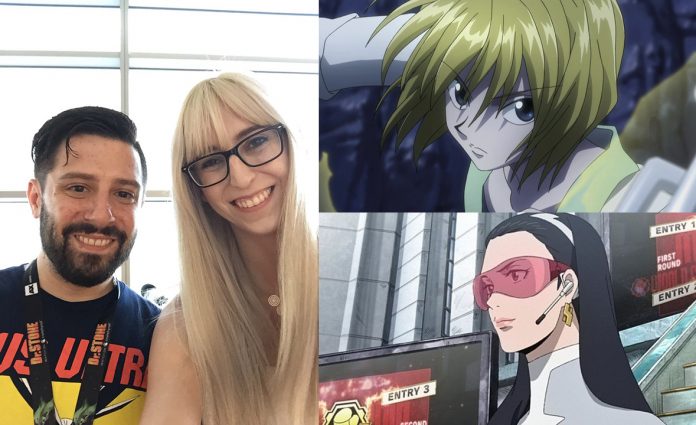 Alongside learning about being a fan of Toonami and her upbringing in the voice acting industry, Erika discussed with CJ her some of her recent accomplishments on Toonami. The two start with all things Kurapika and Hunter x Hunter. Erika talked about the audition process, going through Kurapika’s journey to take down the Phantom Troupe, as well as the show’s legacy after its three-year run on Toonami and her hopes of it continuing one day. They also discussed her role as the voice of Yukiko in Megalo Box, getting to be this corporate antagonist as the CEO of Shirato, the organizer of Megalonia, and Yuri’s trainer and sponsor as her representative in Megalonia.

The two also discussed Erika’s non-Toonami roles, including Yumeko Jabami in Kakegurui and Violet in Violet Evergarden. Erika is also a big Kingdom Hearts fan, and she shared her personal story of achieving her dream of getting to be in the game’s long-awaited third iteration.

Let us know what you think about this interview at the comments below or directly on our social media. If you missed it, also check our interviews with Antonio Canobbio, Jason Marnocha, Deneen Melody, as well as one where Jen Losi interviews us regarding AX this year. Stay tuned for the other interviews from Anime Expo 2019 coming soon. For those interested in seeing early access, the interviews are available to view for those who subscribe to the Toonami Faithful Pass on the podcast’s Pateron page.

Little Editor’s PSA: Due to concerns over clutter, all future groups of interviews from a specific event posted on YouTube and the Podcast will be grouped together on this site in one article (similar to what was done for Anime Boston and MomoCon earlier this year.) We’ll still post the rest of the Anime Expo 2019 series of interviews individually and we will post the interviews on the trending rundown on the week they come out as a heads up, but expect this to be the case for our non-written interviews from San Diego Comic-Con and other future events going forward. Thank you for watching and listening to our interviews and your continued support as always.