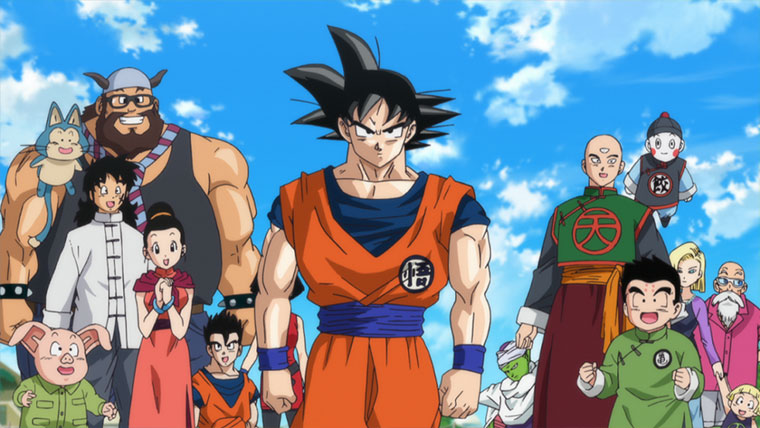 Airing both series gives Toonami a familiar feeling to fans who watched the block during its Cartoon Network days. During that time, both Dragon Ball and Dragon Ball Z aired next to each other for long stretches of time. With both being as popular as they were, I can see why Toonami would want to double up on Dragon Ball franchise now. In fact, some of my favorite memories of the block were when I was able to watch Dragon Ball and Dragon Ball Z back to back. So with a precedent set, why wouldn’t Toonami try to regain that similar magic? Especially given the fact that they had an opportunity to give fans more Dragon Ball.

Normally I’m all for watching something chronologically when dealing with anime series. It would certainly feel weird jumping into Blue Exorcist’s second season (airing currently on Crunchyroll) before seeing the first season. However, with Dragon Ball, I find it easier to jump in at any point (before recently I never saw the Cell saga in its chronological order). But I never felt lost while watching it in the messed up order that I did and still was able to enjoy it. While learning some backstories of characters can be substantial, I think any Dragon Ball series can take you on a journey that is enjoyable whether you watch it straight through or not. It isn’t as if Toonami is playing Durarara!! and Durarara!!x2 back to back where it’s important to watch the first season before jumping into the second season. Minor details might be lost by a casual viewer, but the overall enjoyment of any Dragon Ball series shouldn’t be hindered by jumping in at different points.

I can understand how some might find doubling down on Dragon Ball a bit much, considering doubling up rarely happens. What’s wrong with waiting for a series to end to then pick up the next installment? However, the fact that Toonami could make a move a bring Dragon Ball Super along with premiering the final chapters of DBZ Kai looks like a massive investment. And one that should pay off in the long run.

However, I don’t think Toonami could afford to wait to air this series. The dub was being produced at a rapid pace when it was announced and was probably one of the more requested series for the block. Once it was coming to the U.S., you could see the wheels turning to make this happen. Toonami couldn’t wait till DBZ Kai finished to air Dragon Ball Super then when the dub of Dragon Ball Super was available. All that time in between would allow another station or channel to pick up a series that many have wanted. With how long it took for this series to be available the appetite to view it was high. Better to get this series on as soon as possible to start building up momentum.

But I think what might cause this line of thinking (that Toonami should have waited after DBZ Kai: The Final Chapters) is how uninspiring the start of Dragon Ball Super has been. It isn’t awful, but the start of it has certainly felt dry and slow. I don’t watch Dragon Ball to see Vegeta do his best Food Wars impersonation or to see Goku fool around with King Kai. What made this series memorable were the climatic battles as well as the humor that many expect when watching Dragon Ball. As of now, Dragon Ball Super hasn’t hit me with its humor (excluding maybe a few scenes), and the action has felt nonexistent so far. It has been middling, and that is frustrating considering how much I enjoyed a future arc that won’t air till next year.

What might also add on to this underwhelmed feeling is that, I find Dragon Ball Super almost misplaced on the block. It doesn’t have the edgy feel that Dragon Ball Z brought to the table. Just from the first six episodes, it seems like it’s made for a younger audience instead of the viewers that frequent Toonami. Now I can enjoy an anime that’s geared toward children (Monster Hunter being a current example) but at points, I’ve felt like it doesn’t fit a long side Hunter x Hunter and Gundam Unicorn. Obviously, I’ll advocate the Dragon Ball franchise airing on Toonami, but this start has been slow which I think hurts the overall enjoyment of the series.

Dragon Ball Super hasn’t impressed me like it’s predecessors have. However, that isn’t to say that it won’t later on. I was hoping that this start wouldn’t be as dull as it has been. But Toonami couldn’t wait to get this dub out as soon as they did, faults and all. Dragon Ball Super has already suffered from the late arrival in the U.S. so it was important that Toonami aired this when they did. This English dub needed to air sooner rather than later, and it should be providing the block with significant traffic. I think it was Toonami’s best interest to bring both Dragon Ball Super and DBZ Kai: The Finals Chapters at the same time. Some might like a little more diversity when it comes to what airs on the block, but I can’t fault Toonami for going in the direction they did. It’s amazing that fans are getting more Dragon Ball and Toonami should be applauded to for their quick actions.

C.J Maffris is an editorial writer for Toonamifaithful.com. He can stick with Dragon Ball and is enjoying the double dose of Dragon Ball on Toonami. Feel free to follow C.J on Twitter @SeaJayMaffris