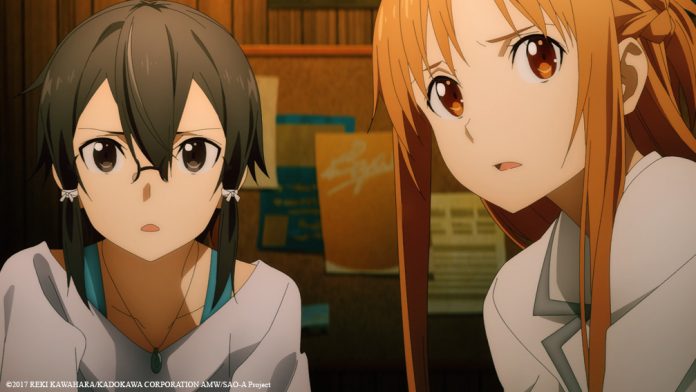 Since 2013 I have been an avid viewer of Sword Art Online. I watched the first season on Crunchyroll and on Toonami and did the same with the second season. In more recent years, I went to the theater to see The Ordinal Scale and later purchased it digitally. I previously wrote an article in defense of the protagonist Kirito because I genuinely like the character and his relationship with Asuna. That’s the part of SAO that matters the most to me and thankfully the film was able to scratch that itch nicely. My interest did wane a bit due to the long wait for the third season but I was definitely still excited for the anime adaptation when it premiered last October. After the first hour-long episode I was a bit put off by the direction the series was taking but I was intrigued enough to keep watching. Three months later and I’ve started to question if I am still enjoying the ride. Now, Toonami has announced the Alicization arc of SAO will be joining the block soon and that leaves me with some complicated feelings. On one hand, Sword Art Online has always done well for Toonami and plenty of people asked for it to return and on the other hand, I question if people know what they’re getting into and if Toonami should continue airing a show that has graphic depictions of sexual assault.

Sword Art Online’s history of depicting sexual assault has earned it quite a bad reputation and a less than savory nickname. In the past, I have attempted to set aside my disapproval of those moments and not let them ruin the entirety of the franchise for me. I have been able to rationalize that the cases in the Fairy Dance and Phantom Bullet arcs were intended to emphasize just how disgusting the antagonists were. I understand that was what Reki Kawahara was going for but I cannot say I will ever agree with the methods. There are plenty of other ways to make it completely apparent that the bad guy is deplorable. The fact that Kawahara used rape twice in succession so carelessly really frustrated me. I had hoped that would be the end of it but a moment in the Alicization arc cleared away those allusions. It is bad enough that Kawahara chose to use rape a third time but I honestly think this was the worst depiction of it yet and probably the most needless one. From what I hear, there’s nothing like that for the rest of the arc. While that’s a huge relief it doesn’t wipe the slate clean. Likewise, Kawahara’s apology to the Japanese actresses and more recent reflections on his work do not make everything okay. People who know the actual pain of sexual assault have every right to be angered by SAO’s careless and tone-deaf depictions of it. It is reasonable to ask if Toonami is turning a blind eye by airing more SAO but I think it is a bit much to say they are disrespecting their audience by showing it. This is, after all, what so many people asked for despite the controversy.

There is a part of me that wishes Toonami was not airing more Sword Art Online, not just because of that but also because I’m not looking forward mediating SAO fan war 3. It is fine if you don’t like SAO and it’s also fine if you do but please do not lash out at each other over the honor of a TV show. The Toonami fan community has been through enough. Part of “staying gold” is following the golden rule, I would think. Whether you’re excited for more SAO or dreading it, keep things in perspective. Enjoy it while it lasts or ignore it until it’s over, either way, we’ll get through this. For now, I’ve changed my relationship status with Sword Art Online to “it’s complicated”.

-Sketch: Editor and Chief of ToonamiFaithful.com 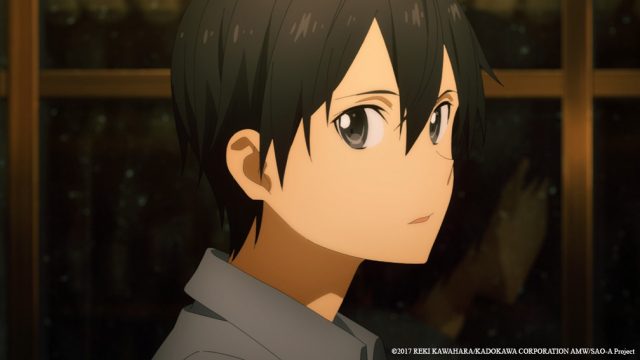