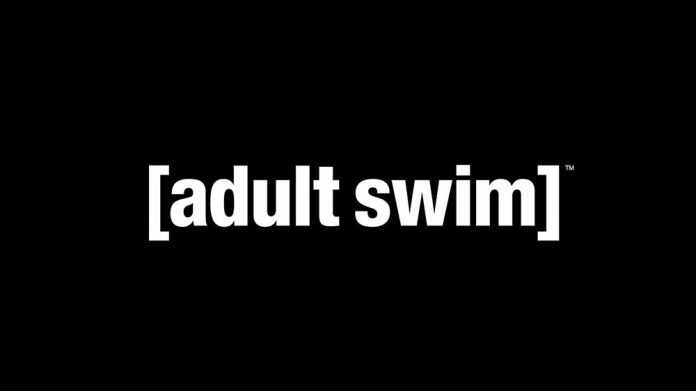 Twenty years after its foundation, Adult Swim will look vastly different in the future. In March 2019, The Walt Disney Company completed its acquisition of 21st Century Fox following a two-year legal battle, and they wasted almost no time moving Fox’s shows to Disney’s networks. Adult Swim had already lost King of the Hill and The Cleveland Show to Comedy Central the year prior. Disney will move Family Guy and Bob’s Burgers to FX Networks, ending a fantastic run with Adult Swim, as they will lose the rights to these shows starting in 2021. Bob’s Burgers will remain for a few more years, but Adult Swim would be saddled with old reruns–they can no longer premiere new episodes of either show till then.

The eve of 2021 approaches and Adult Swim needs to utilize the time they have to bring fans quality content that they have grown accustomed to by these Fox series. What used to be five Fox shows on the network per night will soon be whittled down to just American Dad, which is dependent on how long TBS intends to produce new seasons. Of course, Adult Swim has a plethora of original series that can hopefully pick up the slack from the comfort the reliability Fox series brought. So in lieu of this momentous change, this article will lay out several suggestions on how Adult Swim could adapt for the future.

However, a couple of options are not plausible, given the landscape of Adult Swim. What many fans clamor about is for Adult Swim to expand Toonami, but it’s not a good idea. Toonami had always seemed to do a better job when their lineup was stacked with more premieres, and expanding Toonami could cut into the budget of the block getting those premieres. Thus, they might have to place more reruns on the block, which I didn’t feel resonated with fans. Instead of stretching things thin, Toonami was better served to be more condensed to give fans more of what they want because reruns of Dragon Ball Super at 9 p.m. doesn’t sit well with me.

There is also the option of potentially acquiring more Fox shows. A few months after Disney’s purchase, Fox Corporation (the portion of Fox that remained independent after the purchase) acquired animation studio Bento Box to create new shows for the Fox network. It seemed like a clever move to have their own original “Animation Domination” programs that wouldn’t be tethered by Disney. The studio has worked on Adult Swim originals before, like Perfect Hair Forever and Lazor Wulf. Perhaps they could pick up more post-acquisition Fox shows like Bless the Harts and Duncanville. Initially, I planned to make this suggestion part of the list of things they could look into, but Kim Manning shot down this idea earlier this year when she announced that Adult Swim wouldn’t be picking up any future Fox shows.

Now let’s talk about the things they COULD do to help integrate Adult Swim into a new post-Fox series era. There is always the option, difficult as it sounds, to cut their hours. Adult Swim’s main reason to expand well into primetime is that they had so many Fox shows to air. They wanted to show them off as much as possible due to how reliable they were for the traditional television ratings. While the emphasis on those numbers has changed dramatically, there’s something to be said to have a popular Fox series bring in a dedicated audience again and again. Now they’re losing those shows, which could make Adult Swim being on 70 hours a week a bit daunting. After all, some would argue Adult Swim was already stretching their luck when they expanded to 9 p.m. and later 8 p.m. and had very little to show for it except more King Of The Hill reruns. Unless they plan to fill their early slots with new original programs–which would be harder to keep up with than a show that already has hundreds of episodes in the can–maybe there’s no need to be on so early.

And while cutting hours isn’t something anyone wants to see, maybe it would be prudent for Adult Swim to look to work with another company, like Warner Brothers. Adult Swim has seemed to have a somewhat strained relationship with its parent company throughout its existence (and that’s just through my observations). Very few Warner Bros. shows have aired on the network. Early shows like Baby Blues, Mission Hill, and The Oblongs already existed before Adult Swim and were canceled leftovers from a sister network. I would assume Toonami would love to bring in any DC original project to join the block. Warner Bros. Animation only ever produced ONE original series for the network–Mike Tyson Mysteries. So this might be a great time to find a way to work things out to bring in DC animation content to the block down the road. Now that AT&T owns the whole conglomerate, it would be nice if they implemented a little more cooperation between its sister units.

The potential of grabbing a new DC original series would be my first choice; working with other companies would suffice as well. Let’s look at TBS, for example. As of now, Adult Swim is already working with the network, and I’m glad they’re keeping up the pace. Adult Swim airs American Dad reruns shortly after their TBS premieres, and Final Space premieres moved to Adult Swim after its successful first season. TBS originals could considerably fill in the holes left empty by their former Fox counterparts. And it would be interesting to see how these series would do after all of the Fox shows leave. But what about other companies like Otter Media?

Mere months after successfully purchasing Time Warner, AT&T also acquired the remaining shares of Otter Media from The Chernin Group and made the company a division of their newly formed WarnerMedia. Toonami benefitted somewhat nicely from their sister company. They managed to pick up the first season of Mob Psycho 100 from Crunchyroll and gen:LOCK from Rooster Teeth, and they’re also in a partnership to co-produce new original series with Crunchyroll. It would be nice if Otter Media could share the spoils with the rest of Adult Swim. Rooster Teeth also has plenty of animated series that could fit nicely in the lineup, like Camp Camp or Nomad of Nowhere, just for a couple of examples. Since Sony has acquired Crunchyroll, Adult Swim can at least have other uses for Otter Media.

Now might be the perfect time to take advantage of Sony’s purchase of Crunchyroll. This paragraph is an addendum following the surprise headline before this article was published. Toonami seems to have a better chance at negotiating with Sony than their own sister companies at WarnerMedia (again, this is only how I see things from the outside). The Toonami staff probably had to fight tooth and nail to pick up ThunderCats, Beware the Batman, and anything related to DC Comics. They couldn’t even pick up JoJo’s Bizarre Adventure when Warner Bros. had the license–they had to wait for VIZ Media to license the series. Now that Crunchyroll is under the same roof as FUNimation and Aniplex, Toonami can acquire more from the streaming service besides just the co-productions they have currently under contract. They can also likely take care of the legal red tape that kept season 2 of Mob Psycho 100 away from the block for so long.

And finally, I think the most obvious choice is for Adult Swim to invest in more original (half-hour) programming. No network can thrive on reruns alone, but I want to stress HALF-HOUR original programs specifically. Adult Swim has plenty of 11-minute shows already, but if they’re going to fill in the gaps for the earlier portion of their lineup, quarter-hour shows do not feel like a proper substitute. Rick & Morty was greenlit for a whopping 70 episodes a few years back, likely as a preemptive response to Disney’s early announcement. Earlier this month, Adult Swim recently greenlit a new half-hour show called Teenage Euthanasia, so maybe this will be a trend for Adult Swim to follow. I certainly hope so, but we’ll see.

These are just a few examples I could see Adult Swim potentially doing in the future. The fact that they are losing so many staples to their network is rather alarming, and hopefully, the network is ready for the challenges that will inevitably come. But this has to feel a little exciting, considering how dependent it felt Adult Swim was on series like Family Guy. I look forward to seeing what the future holds for Adult Swim and cannot wait to see the fruits of their labor once the changes are made.

This was a guest article written by @rastergrafx