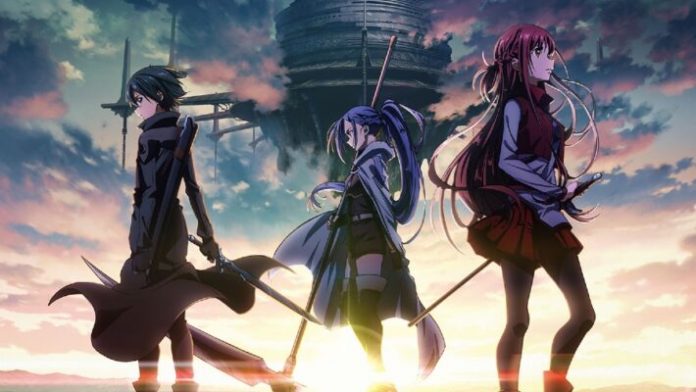 It’s been close to a decade since the Aincrad arc of Sword Art Online (SAO) became an anime, and the franchise has come a long way from its humble beginning as a web novel. The Sword Art Online: Progressive book series expands the story presented in the light novels, so naturally, the film adaptation follows suit, but for better or worse, it does not play out the same way.

Sword Art Online The Movie -Progressive- Aria of a Starless Night reimagines the weeks of the Aincrad arc and tells that story from Asuna’s perspective. Some scenes play out as they did in the first two episodes of the anime, while others implement creative liberties with material based on the Progressive light novels bridging the familiar scenes. However, anyone hoping for an entirely faithful adaptation will not find that here.

While it does offer Asuna’s perspective and a glimpse of her school and home life before getting trapped in the game, much of her character development has become intrinsically tied to a new character introduced: Asuna’s best friend Misumi (aka Mito) Inori Minase who is cast as her is known for (Rem in Re:ZERO, Hestia in Is It Wrong to Try to Pick Up Girls in a Dungeon?) in Japanese, while Anairis Quiñones (Echidna in Re:ZERO, Miriko in My Hero Academia) has the honor  in English. Asuna’s time with Mito informs the context for her behavior toward other players and apprehension for joining a party, but it also strips some of the agency she had in the Aincrad arc.

When Asuna was introduced, she was shown to be a capable swordswoman that could outclass some of the best players in the game. In the Progressive novels, it is evident that Asuna is new to video games, but she presumably developed her skills after deciding she’d rather die trying than wait for the end to come. Sword Art Online The Movie -Progressive- Aria of a Starless Night suggests she reached that point due to Mito’s influence and guidance. Asuna’s  tenacity is well intact, but it does change the context of her development. I can overlook some of that to appreciate the sisterhood between Asuna and Mito, but some fans might dislike Mito’s inclusion because of that. The movie purports that Asuna is the central character but she is spurred onward by Mito until Kirito shows up.

SAO fans who feel the narrative is better when Kirito isn’t around will surely appreciate that half of this film avoids him almost entirely, but the caveat is that Mito is a character of a similar mold. So much so that there’s a scene where Mito teaches Asuna the ropes, just like Kirito  did with Klein in the anime. It can serve as both an homage and a way to inform new viewers how the game works, but long-time fans are sure to feel some deja vu. Speaking of Klein, he’s barely in this film, and several other prominent SAO characters were relegated to cameos.

Kirito eventually takes center stage alongside Asuna, and fans who enjoy it when SAO focuses on their relationship have some choice moments to savor. It will be interesting to see how their relationship develops in this film series because there have already been some tweaks to their interactions. I adore how awkward they are around each other when they first meet; it’s evident that neither has spent much time with people of the opposite gender who aren’t relatives.

Aria of a Starless Night is first and foremost a character-focused story, and the character in focus is Asuna. I appreciate that the film takes ample time to explore Asuna’s anxiety and desperation as she comes to grips with her new reality. She’s determined to survive the death game and stay true to herself. The fear she experiences in dire situations is only undercut by the knowledge that she’s not going to die in Aincrad, but you can still feel the stakes are real to her.

Sword Art Online The Movie -Progressive- Aria of a Starless Night recreates several scenes depicted in the TV anime with vibrant new animation but outside of key fight sequences, the film does not push beyond television standards. Despite being available on IMAX screens, the visual presentation does not make the most of its potential, but the sound design is top-notch and Yuki Kaijura’s score never disappoints.

Vocal performances are excellent for both the Japanese and English audio. You can hear the reserved sorrow in Haruka Tomatsu and Cherami Leigh’s performances, as Asuna copes with being trapped in Aincrad and the playful banter she shares with Mito and Kirito. Likewise, Minori Inase and Anairis Quiñones expertly deliver every emotion Mito expresses. Great care was taken in the script adaptation and direction. The chemistry between Asuna and Mito is strong enough to carry the first half of the film by itself.

Aria of a Starless Night is a good starting point for the uninitiated, but existing fans will still probably get the most out of this reimagining of the Aincrad arc. Some fans may find the changes from the Progressive novels bothersome, but the film is sure to stoke the fire of their nostalgia. As someone who has wanted to see the Progressive story adapted into animation, I eagerly anticipated this film series. I enjoyed reliving those moments and witnessing Asuna’s side of the story, but I am concerned with the direction the film series has chosen.

Arguably the point of the Progressive novels was to expand upon the story significantly, and a large part of the appeal for anime-only viewers was to experience more of the Aincrad arc than what the anime adapted. The film series is doing that to an extent, but this initial installment barely scratched the surface, even with 97 minutes of run time. They would theoretically have to make five or so movies of that length to show more than the anime did in half a season. The material covered here only takes up one-third of the first Progressive light novel and shortens several of those scenes. Perhaps a film series was not the best format for this story, but it is too soon to tell. 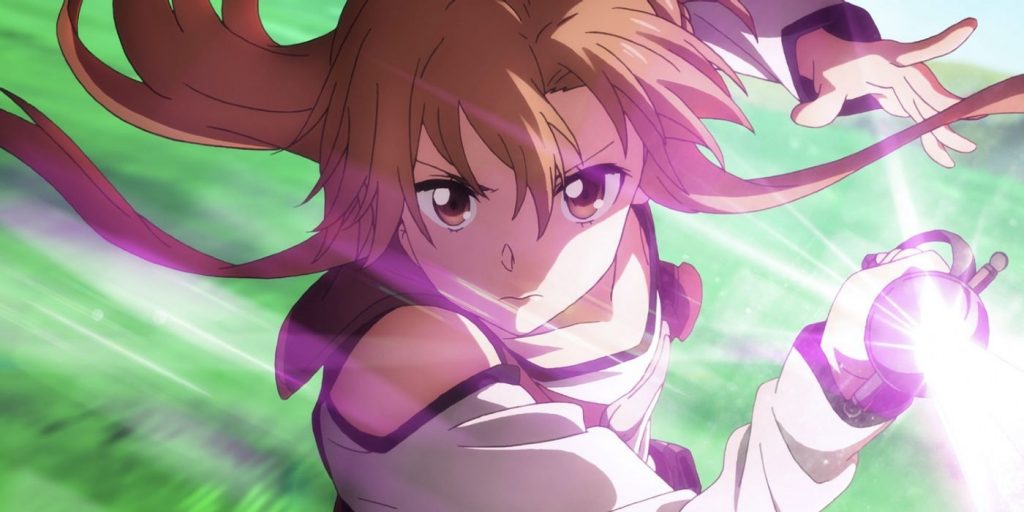 In this first chapter, the Progressive film series offers plenty of thrills and character moments with suitable visuals but nothing that’s genuinely big-screen quality. It’s a great starting point for someone unfamiliar with the franchise and might appeal to them more than the anime. It is a nostalgic experience for existing fans with some fresh additions to spice things up, but that might have changed the flavor profile too much to be appetizing for some. It certainly expands on the story, but the way it contextualizes Asuna’s character development in a franchise known for poorly implementing female characters is not exactly progressive.