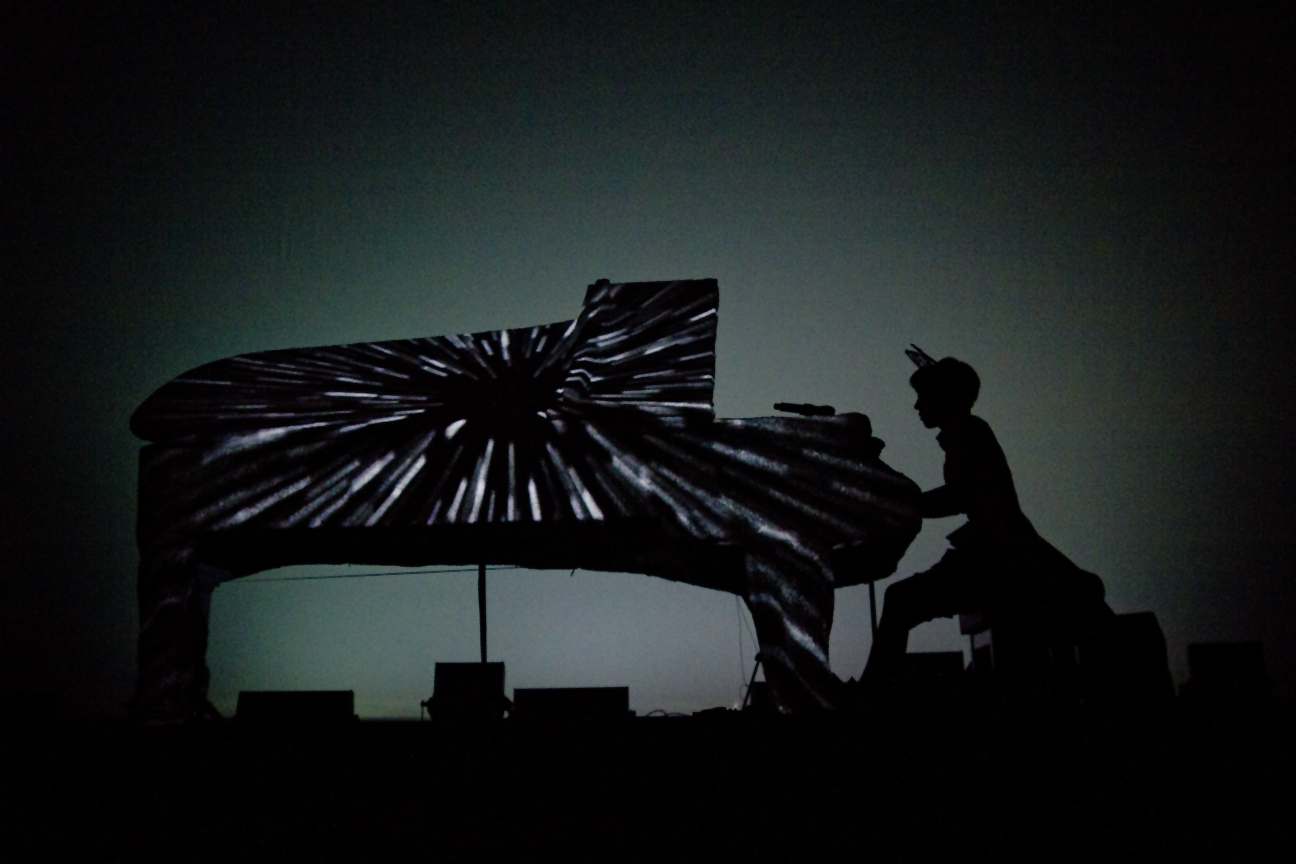 8/11/13 is a date that everyone who was in Hall D will remember. After a setlist of 16 songs (including the triple encore) the crowded room erupted into cheers of joy and (yet another) standing ovation. To many, this was the perfect way to celebrate Otakon’s 20th. To many others, it was a chance to see the composer of many of their favorite songs perform them live. To me at least, it was a dream coming true right before my very eyes. 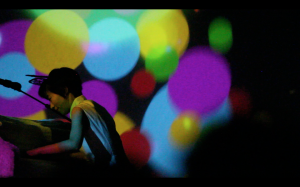 Looking back on Otakon 20, I had plenty of amazing moments. Things I will treasure for the rest of my life. I am truly a lucky person, and I thank God everyday for being able to do all the amazing things I can do and see. And then Yoko Kanno took the stage and proceeded to represent the culmination of all that in a simple stage performance.

She arrived on-stage with cat ears, a long white conductor’s coat and kicked off her shoes to take her place at the piano and started playing the song “Tank!” from Cowboy Bebop. She probably could have walked off stage after that because she can truly perform and entertain with nothing but a piano. Her talent is seemingly limitless as she hit every key with laser precision, yet never sounding soulless or dull.

Yoko Kanno’s music has been apart of my life since freshman year of high school. It’s been about 10 years since then, and my album collection has grown and my taste in music has diversified, but Yoko Kanno’s music is always in rotation without fail. Seeing her live was always one for the bucket list, but I honest to God never thought it would actually happen, nor did I expect it to exceed my expectations with ease. 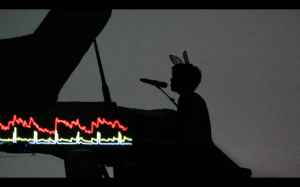 She played to a captive audience, and encouraged us to sing along and perform with her. And boy, did the audience comply with that request. “Gravity” was sung like a gentle hymn by the audience while Kanno played and sang like an gentle music teacher showing children the basics. It was almost soothing how many people in the room sang this song about being called to reach a goal. She applauded us for that, I think harder than we applauded her.

And then the lights went down. 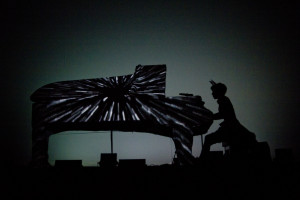 Similar to the projection technology used in Amon Tobin’s ISAM tour, but much more personal, Yoko Kanno’s piano lit up with stories and visuals that allowed the audience to connect with the familiar music in a whole new way.

At one point, a special guest appeared to sing. Gabriela Robin made an appearance to sing Monochrome while the piano lit up with waveforms to the music. It was her only appearance in the entire concert. (Haha, inside joke. Look up Gabriela Robin, you’ll get it.)

Frankly, she didn’t need the projections. Yoko Kanno could have continued just playing the piano, and yet, she put more effort and more care into making these performances just that little bit more special. The lights came back on and she encouraged us to sing “The Real Folk Blues” in Japanese…which we did. Sadly, people don’t know the second verse or second version of the chorus as well as the first and some sang the wrong words, which Yoko Kanno simply laughed off and helped us through the rarely heard verse (unless you own the albums). 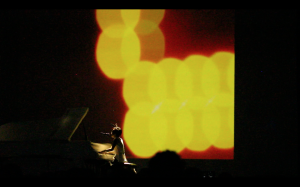 After yet another standing ovation, Yoko Kanno left the stage. The audience however, refused to stop cheering and begging for her return. The room erupted into applause and exploded into cheers when she made her grand return. She decided to show her appreciation to audience in a very cute and humorous way by playing “The Star-Spangled Banner”. After that good natured laugh at the surreality of Yoko Kanno playing our country’s national anthem, she left the stage again.

But the audience didn’t stop clapping again. The room was praying and begging for more, and Yoko Kanno did not disappoint. She returned one last time to reprise “Tank!” and ended it with a “bang”. We could not ask for more at that point, and she bowed one more time and proceeded to leave the stage. 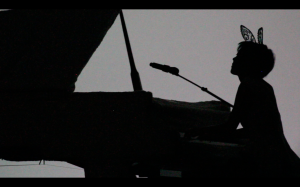 To me, it was the perfect way to end a truly amazing convention.

“Thank you for not leaving me by myself on the stage. I was very happy we could make music together. To the people who were waiting for me, to the people who gave me this opportunity, to everyone I met through ‘piano me’, Thank you!”- YOKO KANNO 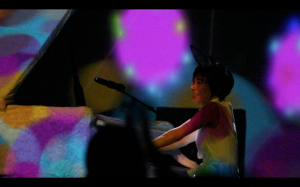