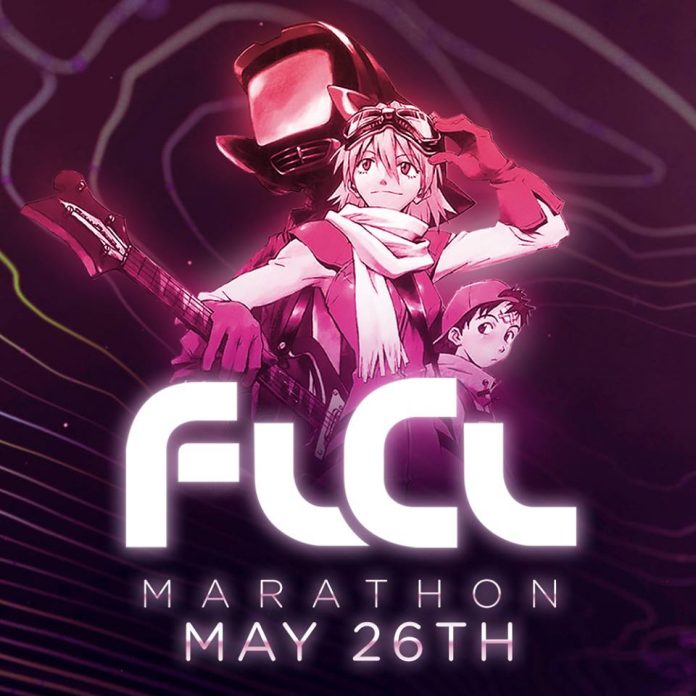 Revealed on Toonami’s Facebook page on Tuesday Night, it has been announced that Toonami will be marathoning all 6 episodes in a row during the Memorial Day weekend on May 26 beginning at 10:30 pm EDT/PDT and again at 1:45 am.

It should be noted that the premiere of FLCL 2 Progressive will take place on the following week on June 2nd, and the choice of airing FLCL for this holiday marathon was made in anticipation for the upcoming premiere.