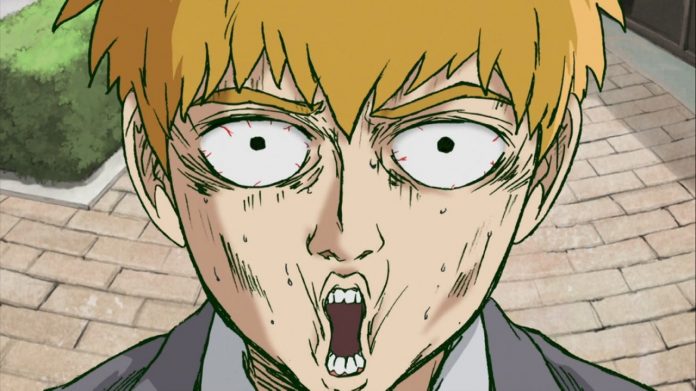 At any time the age-old discussion of “why isn’t (insert name of show here) on Toonami” will rear its ugly head. We all have those shows we’re desperate to see on the block (I won’t ever shut up about Blood Blockade Battlefront). The sad reality is that no matter how much we wish for a particular show, sometimes legality and broadcasting rights will get in the way of our dreams being fulfilled. Sometimes there happens to be a lot more behind the scenes that the average viewer won’t know. Despite this barrier, Toonami co-founder and frontrunner Jason DeMarco has been doing an excellent job with being as transparent with the fans as (legally) possible and will straight up tell us if it’s not possible (at the moment) to air specific series on Toonami. I believe it’s important to be patient when talking about Toonami acquiring a new series.

Some fans miss the point that just airing on Toonami at any point is a worthwhile venture. Sure, it’s easy to say that interest of a show debuting on Toonami much later from its simulcast release would be low, but the Toonami fandom is loyal enough to show up (or even wait to see a show due to that glimmer of hope that it will air on the block). Circumstances can always change, but there might a lot more logistics into getting certain shows compared to others. So, let’s take a look at a couple of the shows that (as of the time of writing) aren’t on the block as of yet. Things could change, but I think there might a lot more logistics into getting any of these than others. As a lot of us know, Jason DeMarco has expressed much interest in expanding Toonami’s current repertoire from the usual action. As a result, the block aired the meme-laden insanity known as Pop Team Epic in June 2018, much to the enjoyment, confusion, and chagrin of the Toonami faithful. The Ancient Magus’ Bride was also under consideration at the time which would definitely add a more mature feel to the type of anime series appearing on the block.

One of 2017’s mega-hits, the series followed 15-year-old Chise Hatori, a troubled teen ostracized by society due to her gift of seeing the supernatural. Fed up with life, she decides to sell herself at an auction and is bought by Elias Ainsworth, a humanoid magus with a giant skull on his head. Elias takes Chise in as his apprentice in a mystical world of magic hidden inside England. During its run, the series garnered a lot of praise from the anime community for its gorgeous art, well-rounded cast, and engaging story. Sounds like a perfect pick for an excellent non-action series, but in a sad, yet obvious twist, the broadcast rights were out of reach. Thus this beautifully done, choice cut of an anime is still waiting its turn to grace Toonami.

The Vision of Escaflowne Now this one is a total throwback. The Vision of Escaflowne was one of the first anime I watched as a kid. Even before the Gundam franchise made its big boom in the United States. Originally airing in 1996, Escaflowne told the story of young Hitomi Kanzaki, an ordinary girl pulled into a fantasy world named Gaea, which happens to be in the middle of a great war. Hitomi teams up with warrior and king Van to stop the senseless violence plaguing Gaea, with the help of the titular mecha, Escaflowne.

A mecha classic, Escaflowne came stateside in 2000 and was pretty popular during its short run on the Fox Kids network (if you can believe that). The Toonami crew tried to pull for this series back when the initial edited English version was fresh off the presses, but unfortunately, Fox beat them to the punch and outbid them for the rights. It’s a bit of a shame, really, since the anime’s American presence seemed to vanish right after and became a bit of a hidden gem amongst some anime fans’ eyes. That is, until recently. In 2016, Funimation released a brand new, unedited HD dub release for Escaflowne following a successful Kickstarter. Now, I’m not sure what the current standing is for Escaflowne’s broadcasting rights, but if Toonami ever got the opportunity to try again, now’s a good a time as ever to go for it, I think. I enjoyed Outlaw Star’s HD run, and Escaflowne would be an excellent follow-up for a remastered classics run.

Lupin the Third: The Woman Called Fujiko Mine The famous gentleman thief Lupin III is no stranger to the [adult swim] world. The second series had a quick stint on [as] back in 2003. However, up until last year, Lupin never made the return back to the late-night airwaves. That almost changed a bit earlier in 2015 with Lupin the Third: The Woman Called Fujiko Mine.

Originally airing in 2012, this installment in the long-running franchise changed gears and focused on sexy femme fatale Fujiko Mine as she takes on various daunting tasks and encounters the other Lupin characters for the first time. Because of who the titular character is, there was a considerable emphasis on the “sexy” aspect, and as a result, the series contained massive amounts of nudity; too much to air on tv without heavy censorship. Toonami chose to fall back on Samurai Champloo instead of butchering Fujiko Mine, which was a good call. Luckily, not soon after, Lupin the Third Part IV premiered its dub on Toonami, so the Toonami faithful were still able to get their gentleman thief in the end. So while many fans would have wanted Lupin earlier, their patience paid off with the iconic franchise joining the block at a later time. Before Cowboy Bebop, Outlaw Star, and even Gundam, there was Space Battleship Yamato. The original series, released in 1974, was an influential space epic that paved the way for the shows mentioned and many other anime space operas. The remake, Star Blazers: Space Battleship Yamato 2199, brought the classic tale to modern audiences in 2012. Released to critical acclaim, Star Blazers 2199 became an instant cult classic just like the original. As an old Toonami slogan said, “space is the place,” right? Star Blazers 2199 would’ve fit right at home. Unfortunately, the licensing situation of the series is complicated, to say the least.

The entire Space Battleship franchise is licensed by a relatively unknown company named Voyager Entertainment. For the longest time, the series was never available in the US legally, thanks in part to the creator’s personal qualms. Around 2014, there was news floating about an English dub being produced, but nothing came of it. The series eventually got an expensive US release on Blu-ray, albeit subbed only. For some unknown reason, they axed the release shortly after and pretty much removed any trace of its US website and news of a dub. Of course, the Toonami crew tried their hardest, but the troubling circumstances proved to be too much, and the result was a failure. Fortunately for us, Funimation FINALLY gave us a dub of Star Blazers 2199 in late 2017, so if the broadcast rights miraculously turn over, we might get the Star Blazers experience on the block (if requested enough). Since Toonami’s return, many of the shows considered “Toonami classics” have already made another run on the block. Whether it be in the form of a remaster or a sequel. From Dragon Ball Z to Samurai Jack, Gundam to Outlaw Star, many fans were able to dip back into their early 2000s nostalgia. While the fans appreciated all the old school love, many others noticed a glaring omission from the good old days: Sailor Moon.

The timing couldn’t have been more perfect for the Pretty Guardian’s return, too. Two years after the block’s revival, Sailor Moon Crystal, a more streamlined, faithful-to-the-manga remake of the original story, began airing. After VIZ Media picked up the rights and began dubbing it, it felt like it was only a matter of time before the Sailor Scouts made their return to their rightful TV home. Unfortunately, the miracle couldn’t happen. Presumably, thanks in part to the stranglehold that Hulu has on the series at the moment, Usagi and the gang couldn’t make it back for another run of fighting evil by moonlight. It would be a huge surprise if Sailor Moon Crystal made it on Toonami, but I wouldn’t be holding my breath (although you can never say never).

Now, this isn’t to say that airing these shows is entirely impossible (aside from the content issues of Fujiko Mine). Just this year alone, Toonami fans rejoiced as two shows that were previously unobtainable, My Hero Academia and Mob Psycho 100, finally made their long-awaited premiers on the Better Cartoon Show. These two series showed us that patience is a virtue when it comes to the TV world. So while this list might have shows on it that aren’t on the block now, that doesn’t mean that they will never get that shot. Maybe one day your favorite show that’s presently unobtainable will get a grand Toonami-style introduction one of these days. The only thing left to do is to keep on watching and keep on hoping.

Alien Renegade is a reviewer for Toonamifaithful.com. Feel free to give him a follow @AlienRenegade