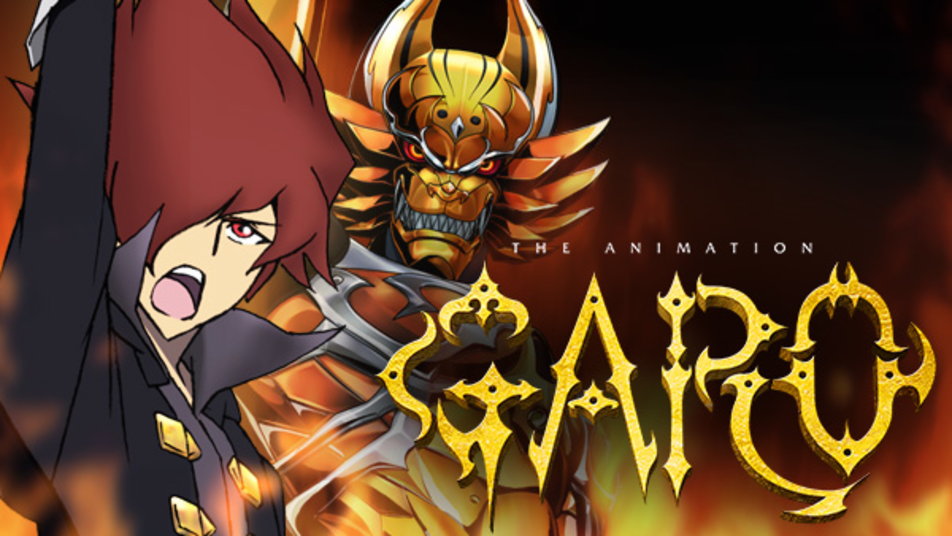 C.J Maffris is an editorial writer for Toonamifaithful.com. He enjoyed GARO with Emma becoming his favorite character. Feel free to talk all things Toonami and GARO with him on Twitter @SeaJayMaffris

GARO: The Animation was able to elicit the emotions that you’d expect from Your Lie in April, which suggests that this series has all the tools to become a stellar hit among anime fans. The first part of the series that was released earlier in the year did an excellent job of world building and leaves you wanting more at the end of episode 12 (if you want to know more about the first half of the series, I’ve written a review about it here). So with 13 more episodes, does GARO keep up the excitement and drama that was built up, or does it subside to the point of no return? No need to fret, GARO fans, because I think this series has done a fantastic job.

Right off the bat, the question of what happens to Leon is answered, as he is not dead, and has been rescued by a young woman named Lara and her family. What proceeds for the next five episodes is how we watch Leon come to terms with what happened in the first part of GARO and how childish and angry he was. While these first few episodes were somewhat boring (more on that later), watching Leon grow was one of the more satisfying experiences I’ve had in an anime. He beings as an angry child, always mouthing off to others, then steadily evolves into a calm and thoughtful young man. Even though there wasn’t any action involving Leon during these first five episodes, what made them special was watching him find a new home and become happy for once in his short life.

What was boring was during the interim, as we watched Alfonso wear the Golden Armor and slay horrors, giving the show a “monster of the week” formula. While the action was adequate, it seemed rather dull,mostly because Alfonso himself is a boring character. He’s too clean-cut, (which makes sense for a prince), and he won’t abuse his power, but it also made him one-dimensional. I found it hard to believe  that he was a capable fighter, and now that he’s wearing the most powerful armor of the Makai Knights it’s stretching the belief that he’s a great fighter even more. So during this time the series seems to move slowly, as Alfonso, Leon, and Herman go about their days during peacetime. This section of the series is missing something that would make it fully engaging (although this was rectified at the end of episode 18).

During episode 17 Leon loses everything that has made him happy, thanks to the horrors. Both his newfound love and his family are murdered in a genuinely tragic manner, in which it could have been avoided. This scene was highly emotional,as Leon and Lara say their final words to each other. It could easily bring a tear to anyone’s eye. It was such an emotional episode that it made me wonder if Leon would revert to what he once was. In the following episode, we see Leon struggle with the anger he had earlier, and doing all he can to keep his sanity as he attempts to protect people after failing to protect Lara. Ultimately, he retains his resolve and fights Alfonso to prove he’s still under control and isn’t the same man he once was.

As a side note, this battle was beautifully animated, and was probably the best fight in the entire series. To go into more detail, the dynamic camera work was not only easy to follow during the fight, but also added to the action and suspense of the match. The background colors were exquisite, completing the picture of a great struggle.

The series had now shown some progress after its lulls, and thankfully GARO finally came together when it was revealed that the first part’s main villain, Mendoza, is alive and well (with the added plot twist that Herman had to be his bodyguard). It was something that the second part of GARO desperately needed, a force that kept the story moving forward. A monster of the week formula can only hold your interest for so long, especially considering how the earlier episodes in part two felt like they could stand alone. Thanks to Mendoza, a central plot was back in play, making every episode in this arc important to watch. So while I applaud GARO for allowing Leon to grow, the series itself felt dull at times, with no focal point to bring the story together. That is, until Mendoza came into the picture.

GARO had the same the visual experience with the sharp lines and wonderfully done close-ups of characters’ faces that I’ve come to enjoy from the first part. The series continued it’s stellar colors and beautiful the scenery gave off such vibrant colors during a sunset. The music also greatly enhanced second half. I thought it helped enliven many scenes, unlike part one, when the music felt like a needless add-on.

The dub cast was just as impressive as it was in part one, especially with Jad Saxon getting more lines for her character Ximena. However, the strength of this dub comes from the main cast, featuring Ricco Fajardo, David Wald, Justin Briner, Monica Rial, and Vic Mignogna. They all did a great job with their accents, as well as some slang known in Spanish speaking countries (kudos to Rial for that). I felt the energy from this cast, especially Fajardo, and his intensity delivering his Leon’s lines during climactic battles were a huge treat to listen to. Honestly there wasn’t a person cast that didn’t feel right, which can be rare to find.

Probably the biggest takeaway I had is that  this series should be considered for a Toonami run (if the block decides to look in that direction). Though there are those lulls that I suspect fans might not enjoy, it certainly has everything else that Toonami viewers would want. It’s dark, and it has the violence, and entertaining characters that will keep viewers engaged. Plus, some of the effects and animation in fights were breathtaking, and would likely be viewed by a ton of people giving it the proper adulation.

GARO: The Animation certainly did its job in keeping me engaged, and I enjoyed the 25-episode series. I loved the character growth we see from Leon, as well as the humor involving the antics of his father. The action itself was fun to view and I would love it if another season could be provided (if there is enough source material). Even though the second part was nearly half peace time and boring side stories, it was still a beautiful series to watch. If you are on the fence about viewing GARO: The Animation, I would suggest giving it a try if you like depictions of medieval times and history like the Salem Witch Trials. I have a feeling fans would also find the dub cast refreshing and wonderfully directed. The series did its job and did it quite well, and I suggest giving it a watch if you are curious about viewing it.

Weaknesses: Alfonso a dull focal point at the beginning, lulls in this part.