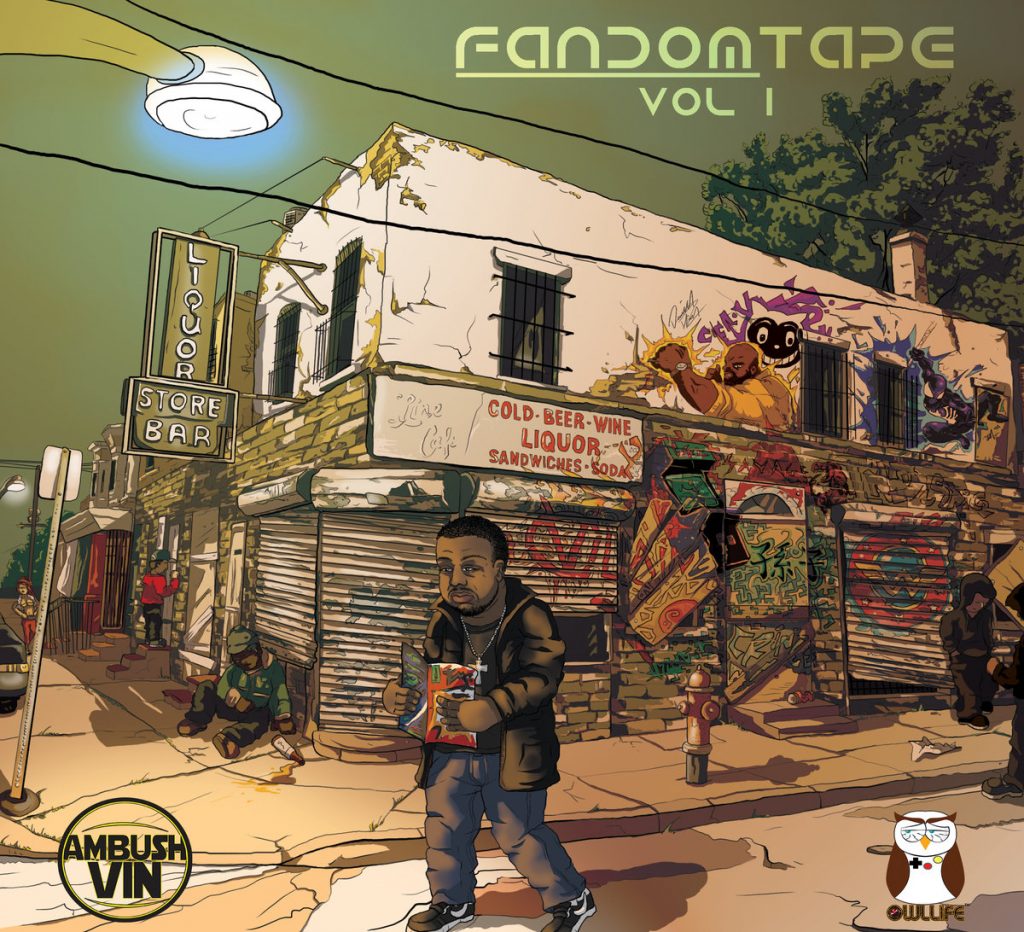 Sometimes you come across greatness that is just slept on because people just don’t understand it or it is something so powerful that others will start to envy it. This is based on the fact they covet that power for themselves. Enter one of the best emcees I have come across in a long time: Ambush Vin. When I first met Ambush Vin, there was an instant connection between me and this brother. The Darth Prefectus unconquerable Sith lord spits bars that are so potent that you become intoxicated at that point that time, space and reality are warped and you wonder if you are even conscious.

I have been a fan of Vin since ScifiMusic. Ambush Vin comes hard in Fandom Tape Vol I. It has this deep, grimy feel to it that is so real that I would put it in the hip/hop bible so that the masses can know the gospel of Ambush Vin. I had to give this emcee props when listening to Apokolips. I was transported there by the imagery the was painted in those lyrics. Vin uses his gutter street knowledge to bring the rawkus like he has never done before. I have to comment on how hard the beat is listening to the bass and snare riffs. It got my blood boiling.

This is music from the days when rappers conveyed a message through their music to touch listeners to the deepest parts of their heart and souls. The musicality in this album is light years beyond what I have heard from some artist, but then again Vin has always been unique in how he does his music. It is always top quality in how he presents it: Impeccable sound quality, smooth transitions and just beats that are so clean and sharp that they rival the cutting edge of a katana made by famed sword maker Muramasa Sengo himself.

Yeah these bars come in the form of a sword that slays the foes that come before it leaving them a former shell of themselves. The second track I heard “Why Cosplay?” was definitely powerful yet gentle as the stroke of an ink brush used when practicing calligraphy. The vocals were down right hypnotic like the song of the sirens luring ships in to their destruction, but in this case your auditory senses are taken to higher plane of consciousness to the point that you have reached enlightenment and the Buddha greets you with open arms in Shangri-la as you both walk to the Jade Palace to speak with the Jade Emperor.

Ambush Vin is definitely that emcee I favor over even the most well liked mainstream emcees, but then again this is what it means to be a rapper and not an entertainer just trying to make a buck. Vin puts his all into Fandom Tape Vol I and it reflects in the delivery of each bar that spits in his devastating flow that has the power of the force/s midicholorian count well over 9000. Well done Master Vin. We at Geek-E Inc productions give this album a solid 10 out of 10 definitely a classic worthy of this genre.