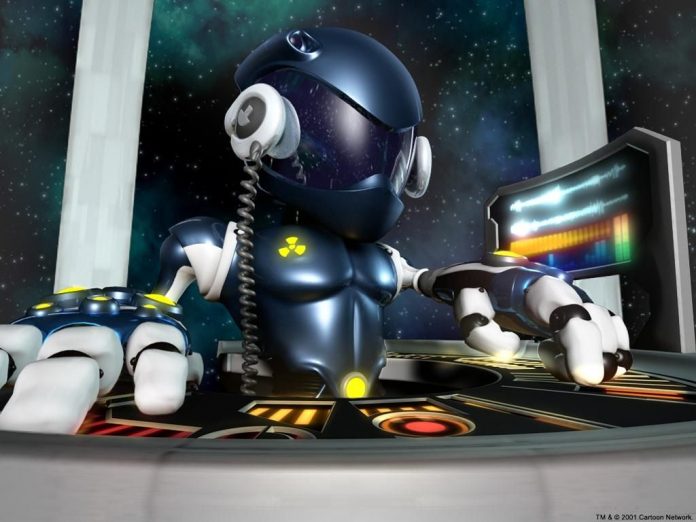 It’s that time of year, and fans once again get another incredible EP full of music from the recent Forge Tie In Event (TIE) that recently wrapped up. I couldn’t be happier for a new crop of music from the team over at William Street.

But this had me wondering (and looking through my collection). It’s next to impossible to find the older content that has been released throughout the years. Initially, these EP’s and albums were stored on the former Toonami website and Toonami Digital Arsenal (run by CabooseJr). But due to copyright claims by a third party, Toonami Digital Arsenal has been closed for several years. So, in the spirit of Christmas I would offer said music for you to enjoy and leave a few notes regarding their creation.There will be a link below with all the songs available before the new year starts. If you want to listen to some good music, I’d suggest checking these out as fast as you can. You never know when they might disappear!

The Dropbox links will be open until the end of the year so if you want to listen to some very good music, get them quick!

Deep Space Bass: This was the first Toonami music album., It was created by Joe Boyd Vergil (JBV) and uses an extensive collection of various intros, outros, and promo material from 1999 to 2002. Originally released as a CD, it didn’t fare well in terms of sales, but with this being the best of the first Toonami run, I wanted to make sure everyone could enjoy the works of JBV. Sadly this CD was never released in any digital form and is no longer in print.

Blackhole Megamix: This mix album was supposed to be the follow up to Deep Space Bass, but due to the lack of sales and, it was leaked to the Toonami Digital Arsenal and released for free to the public.

Supernova Megamix (https://toonami.tumblr.com/post/38756784802/supernova-time-thank-you-to-all-out-toonami ) – On Christmas 2012, this mix album was released in response to a challenge from the Toonami Tumblr to get the official page to 3500 followers. Plus, get every show on Dec 22 to trend on Twitter. Created by Skull Island (Jason DeMarco and Brent Busby) this was the first OST to be released in quite some time.

IGPX: Ichi Megamix (https://toonami.tumblr.com/post/71115152850/merry-christmas-and-happy-holidays-toonami)- The IGPX: Ichi Megamix was released the following year. It was comprised of music and outtakes from IGPX and named after the mechanic of Team Satomi. Released under the Skull Island name, the cover was created in a contest that ran before being available to the public. It had two covers as part of the mix, the front by Todd Jensen and the back by Cody Silfies. Both covers are interspersed in the tracks, so you will see both during your listen.

Intruder II OST/EP (https://toonami.tumblr.com/post/135553493834/the-intruder-2-original-soundtrack-is-now)- Released Dec. 20, 2015, this EP contains all the music from the Intruder II TIE. Looking back on it, I never listened to the music for this mostly because I was too focused on the story since this was the first significant TIE we had had since the revival.

Released on Christmas, 2015, this is the only Toonami related music album that is still available today. This  collection was comprised of music created by Chris Devoe and is available to download at Adult Swim’s website (alongside all the other music they have released over the years).

While there are several albums that were directly related to Toonami music, the creator of the block has also dabbled in music himself. Releasing these under the name DJ Clarknova, all the albums were named “Warm & Scratchy” on the Toonami Tumblr page. Fans have only received three of these albums (One, Three, and Four ) so far out of a known eight or nine. I enjoyed Jason’s personal material cause it was more experimental.

Skull Island also released a separate album titled “The New Package” on Dec. 12, 2012 before the Supernova Megamix was released. While it was made in 2009, it’s comprised of 50 tracks totalling one hour with Jason making the beats and sounds and Brent mixing it all together. A note with this album is that there are no names for the tracks originally, just a track order. https://toonami.tumblr.com/post/37269675683/skull-island-the-new-package

I’m happy I could release these back to the faithful, and I hope you enjoy the music of Toonami.