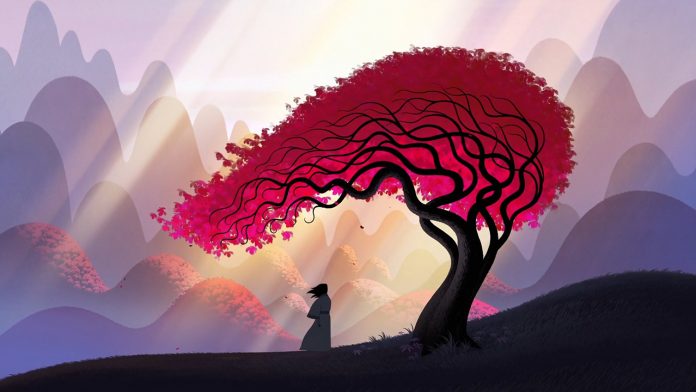 (Author’s Note: I have not had the chance to play/purchase Samurai Jack: Battle Through Time. My knowledge of this is from tweets and streams of the game. I will not spoil much beyond the secret ending.)

Samurai Jack: Battle Through Time has recently arrived on PC and consoles, allowing us to relive many of Jack’s adventures throughout all five seasons. From the Canine Archaeologists’ protection in season one all the way to assault on Aku’s Tower in season five, with all of Jack’s friends assisting along the way. However, the real interesting aspect is the secret ending that occurs if you accomplish a goal within the game.

So Ashi lives. Neat! But the question is, “was it canon?” Which it turns out yes.

Pardon me while I lose myself again.

Ashi living is officially canon. I’ll be the first to say THANK GOODNESS.

I was always bummed that Ashi got the short end of the stick regarding the end of season five. She was Jack’s hope, and the only pillar of support he had ever found that truly helped him during his long fight against Aku. So having her just vanish due to whatever reason you can come up with, be it time line shenanigans, her connection with Aku, or because Jack’s journey was supposed to be one of constant sacrifice. I felt it was a pretty big kick to Jack’s…spirit. Especially given that you would think that Ra, Odin, and Vishnu could have given him peace after all he went through to kill Aku. If I were in Jack’s position back then, I would have cursed everyone in my path them all.

Though this revelation from the video game creates another issue.

What is canon in Samurai Jack? Given how time travel always creates problems, the best course of action would be to consider both as the true ending. Since the game occurs outside the flow of time in a “Well of Time,.” it exists in a sort of null state with Aku being able to act within it due to his powers. So one could argue that the whole game only exists as a potential outcome rather than a true fixed end. Time travel always creates these issues, but to break it down, you could see three possible timelines now.

Timelines two and three would not take away from the symbolic aspect of hope that was in the final season, but would only change its profoundness. Jack would either be looking forward to a better tomorrow despite Ashi’s fading out of existence or doing so with her.

Now many would probably say that doesn’t the game override the end of Season Five since Genndy mentioned it was canon? I would say no, since (unbeknownst to me) there were 50 seconds between Jack leaving and reappearing in the past. So at that point, the sky’s the limit, anything is possible, and we would be here all night arguing the logic of time travel and timelines.

Also, if one doesn’t play the game does the ending still count?

Given how people consume media differently, this can create confusion in what is considered canon. Some fans just want that solid ending, and this does put a little wrench into the works., But there are others who are fine with seperate mediums adding onto the story. So I would say it’s mostly up to personal preference.

So Ashi surviving being a canon ending for me is probably the best thing that could have happened to the franchise, but even then, it’s still a divisive change almost three years after the fact. To change something so final in a series like Samurai Jack is both surprising and interesting from a series standpoint. Often, Genndy Tartakovsky sticks with his guns on his creations, so I would have to wonder why this was added in now. Was it fan backlash over Ashi’s death or did the developer want to make a game that fit the story. And maybe seeing it play out won Genndy over for this alternative ending? He has answered this in interviews, but I feel that argument will probably stick around for a bit.

Either way, I am satisfied. Ashi lives, Jack is finally happy, and the world of Samurai Jack is free of Aku. I call that a win in my book.

So what did you think? Do you prefer the new ending or the original? Let us know in the comments below.