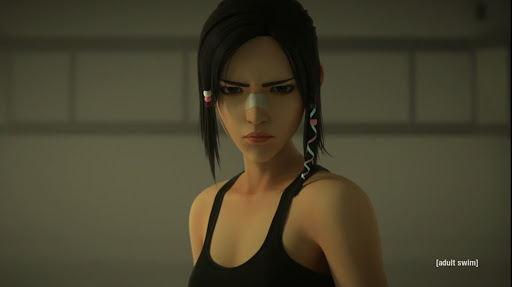 Fans were curious what Toonami would plan to do with Shenmue: The Animation and Attack on Titan were about to finish their respective seasons in the final hour. While some were hoping for more new series to join the lineup, Adult Swim will again go to the well to replay one of their originals and a fan favorite among the faithful. Starting Aug. 13, Blade Runner: Black Lotus and Made Abyss return to Toonami’s airwaves.

These additions do not change anything in the schedule, which isn’t always the case when new series join (or rejoin) Toonami’s lineup. Over on their Facebook page, you can check out the full schedule where only the final hour will be different. While there will be some groans over Blade Runner: Black Lotus returning, it shouldn’t be a huge surprise considering it is an original of theirs. Plus, it’s sweet to see a Sentai Filmworks title return following in the footsteps of Parasyte the Maxim in grabbing an encore run.

This latest move should be able to help the block during these trying times on acquiring series for them and allow them to save some money. Hopefully, this can make Toonami players in grabbing other big series that will be dubbed relatively soon or provide more time for other originals to make their way to the block.

What do you think of the two series returning to Toonami? Are you a fan of either? Make sure to tell us on our social media pages or in the comment section below!

Don’t forget to listen to the Toonami Faithful Podcast! The best podcast to stay up to date on everything involving Toonami and hear the best commentary about the block!