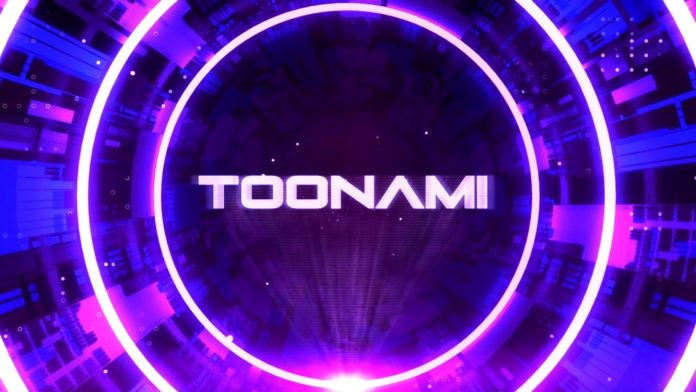 It’s hard to put into words what Toonami means to its fans. I’ve tried to help describe it before, but there’s so much to unpack when you think of the impact this cartoon block has had over the past 25 years. It was THE THING people had to see when it was created and became a cultural icon that will never be seen again. Toonami has done so much for animation and continues to keep the light on for action cartoons. There will never be another television block like this, and seeing the outpouring of thanks and gratitude from fans and industry people alike should tell you all to need to know why this milestone is worth celebrating!

I’ll spare you the history lesson, as many know that the block came into existence today (March 17) back in 1997. It was such a change of pace of what was typically marketed toward a young demo and brought fans in the U.S. cartoons that were refreshing and new. Thanks to Toonami, anime was able to find a home on television with mega hits Dragon Ball Z and Sailor Moon paving the way for future anime hits like One Piece, Bleach, and Naruto to become the foundation of anime fandom. Toonami, rightfully so, should get the credit for bringing anime to a broader audience and help push forward what we are seeing now in animation being more mainstream. I don’t know if another network or block could have the same impact Toonami has (especially since the rest are long gone). Sure, other big shows could catch lightning in a bottle, and popular series like My Hero Academia and Demon Slayer could create the foundation of anime fandom that its predecessors have done. But it certainly feels that if it wasn’t for what Toonami has done these past 25 years, we might still be waiting for the mainstream acceptance that has flooded pop culture today!

It’s funny because a lot of what goes on in the anime world now has a starting point, thanks to Toonami. Streaming website showcasing anime? You can thank Toonami Jetstream for that. While not the first thing to have anime stream online, many point to it showing how that model can work. Want an English dub of an anime a week or so after it airs in Japan? What about at the same time? Toonami proved it was possible thanks to Space Dandy premiere on the block EVEN BEFORE IT AIRED IN JAPAN! Now we have substantial bidding wars on anime titles to stream exclusively and licensing companies putting out dubs at a pace I never thought was possible. I’m used to needing to wait six months to a year to enjoy an English dub. And now, just waiting a week longer creates a restlessness amongst its consumers. Anime fans have it so good, and Toonami is to thank, proving that even a block that some might call “dated” can spice up the game.

And although fans tend to gravitate toward streaming to enjoy media or entertainment, the block has continued to evolve to stay in the fight on bringing quality content to their fans. Grabbing the biggest dub first? Toonami has been able to do that still. Creating their own original content where you can only watch on Adult Swim? Most recently, we’ve seen that with Fena: Pirate Princess, Blade Runner: Black Lotus, and Shenmue the Animation. Despite the changing landscape, Toonami has evolved to keep up with what has been happening, not resting on its laurels because if it did, it wouldn’t last as long. Even if you think they are playing catch-up, they hang around with the big players and have been thriving since 2022 (at least in my eyes). It continues as the network announces more originals, adding new series to showcase, and more Total Immersion Events, all for the fans!

It isn’t supposed to be like this. Things in television/entertainment aren’t supposed to last this long (ask the live-action Cowboy Bebop series). You have your outliers like the Simpsons and even South Park that continue to defy odds as they still entertain fans. But those are series. Generally, a television block doesn’t have the history of being around for 25 years like Toonami has. No other block can sniff the type of longevity. Toonami even left for a short period and was able to return on Adult Swim due to the massive call to revive it after the network’s April Fool’s prank. What other block can say they have a fandom as passionate as that? I haven’t heard any clamoring for Jetix to return. Higher-ups felt that it was worth the investment and still do despite how some might think that this shouldn’t work to the extent it has in this age of streaming. Not to mention the cost it takes to keep a block like Toonami alive. It comes down to the passion of those who work on Toonami and its fans. The support from the fans helped a ton during the early years of the Adult Swim revival. Although, that shouldn’t be a huge surprise, as any fan will tell you they had a fond memory involving the block. It was the foundation of creating a tangible anime fandom in the U.S. We wouldn’t have the type of fanfare toward anime if it wasn’t for Toonami, I’d bet my life on that.

It cannot be stated enough how much this block has impacted fans. Some even work within the industry (which we’ve documented). In contrast, others built an online persona to keep fans informed about the block like Toonami Faithful, Toonami Squad, Swimpedia, and the many others that have been around through the years. Think of this publication that began once Toonami was back in full force. Toonami Faithful has been going strong since 2012, with their podcast project going on for as many years due to their passion for a block that broadcast cartoons that resonated with them. Getting to have a place to see more adult animation that wasn’t comedy is a safe haven that isn’t found anywhere else. Sure, you can stream all kinds of fantastic series on websites like Crunchyroll, HiDive, Netflix, Hulu, you name it. But they lack the comradery that only Toonami can bring because there’s only one place and one time to see it on Adult Swim. At the same time, I do enjoy the convenience of watching series whenever, wherever. There’s lost magic compared to stopping everything you’re doing to check out what’s playing on the block. Like what I’ve done when I work on Saturday and watching Toonami at the news station I work for in my early years at Toonami Faithful.

I often joke with friends that the way to spell Toonami is Toona-ME due to how much the block has connected with its fans. It brought so many fantastic series that you couldn’t find anywhere else, packaged in a way that felt personal. And they were able to have that connection thanks to hosts TOM and SARA communicating to everyone. It almost felt like you had two more friends to share a wonderful time with every weekday and later every Saturday. Both felt real and had the same nerdy interests we had, giving us a feeling of belonging. This feeling was significant since, in the early years, liking anime was frowned upon in most circles. They are just as much the reason for Toonami to still be around, just like the amazing series they’ve introduced. It gave fans a leg to stand on and was vital to creating the environment that fans now know well.

The number of thanks fans can give Toonami cannot be stressed enough. It gave them a place to relax and enjoy outstanding animation projects. It created a goal of someday being on the block in some capacity (voicing a character, being heard in a promo or game review, etc.) or giving others a passion for creating content to shout at the heavens that the greatest place for action cartoons was still not being intimidated by criminal threats. Whether it be a promo they’ve made, a series you love, or the music that has been invading television, Toonami has been the best place for entertainment. You can’t help but soak up all of the nostalgia and feelings that flood through when you think about what Toonami has meant to anime, action cartoons, and animation throughout the country. It has been one of the most important cultural hubs these past 25 years, and all I can do is sit back and enjoy the ride.

C.J Maffris is Editor-in-Chief at Toonami Faithful, and wants to know what you’re favorite memory of Toonami is! Make sure to tell him on Twitter @SeaJayMaffris

Make sure you listen to the Toonami Faithful Podcast, the best podcast to get all your Toonami news, and hear the best commentary about the block!